TSG Hoffenheim were a man down for almost the entirety of their clash with Fortuna Düsseldorf following the ninth-minute dismissal of Benjamin Hübner, but the remaining 10 players still managed to claim a point in a 2-2 (1-1) draw. Munas Dabbur and Steven Zuber got the goals for the visitors. 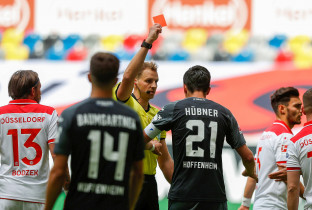 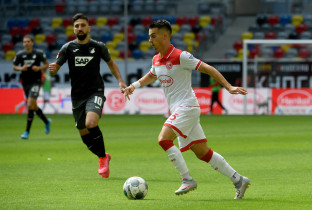 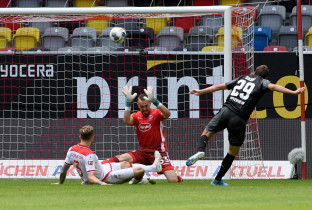 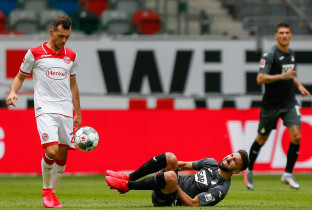 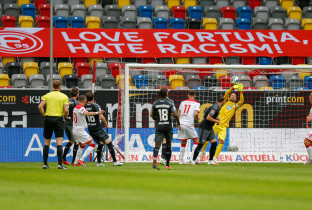 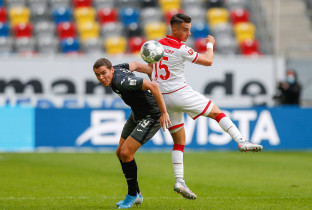 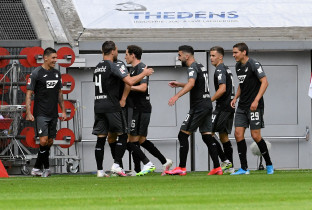 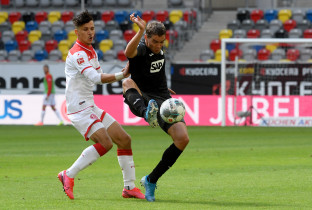 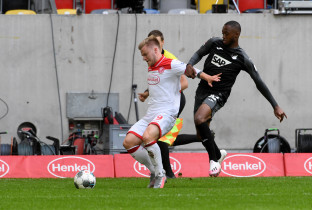 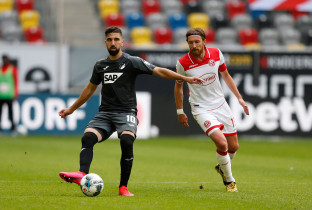 Head coach Alfred Schreuder decided to make two changes to the starting XI. Ermin Bičakčić and Benjamin Hübner were recalled and played alongside Håvard Nordtveit and Stefan Posch in a back four, while Oliver Baumann kept goal between the sticks. The trio of Diadie Samassékou, Sebastian Rudy and – a little further forward – Christoph Baumgartner kept their places in midfield, while Schreuder selected a front three of Robert Skov on the right, Steven Zuber on the left and Munas Dabbur in the middle.

TSG played with 10 men for more than 80 minutes following the early dismissal of Hübner. They subsequently switched to a back three, with Rudy shifting over to the right flank and Zuber on the left.

Schreuder made two changes after TSG went 2-1 up, with Ihlas Bebou and Pavel Kadeřábek replacing Baumgartner and Zuber. Kadeřábek slotted in on the left of defence (62). Andrej Kramarić finally made his comeback on 71 minutes, replacing Dabbur in attack. Posch was forced off with an injury with five minutes to go, with Bogarde taking the Austrian's place. The last change came when Skov made way for Florian Grillitsch.

In the lead-up to a Hoffenheim corner in the ninth minute, Benjamin Hübner was involved in an altercation with Kaan Ayhan. In a bid to get away from his marker, Hübner unintentionally struck the Düsseldorf man in the face with his hand and was sent off. It was an extremely controversial decision – and it meant that the visitors had to play almost the entire game down a man.

Andrej Kramarić was included in the TSG Hoffenheim squad for the first time since the 1-1 draw with FC Schalke 04 on 7 March. The Croat came off the bench in the 71st minute to make his comeback after 91 days out with injury.

Düsseldorf take an early lead with the first attempt. A curling left-footed Stöger cross into the six-yard box is met by the unmarked Hennings, who comfortably heads back across Baumann and in from close range.

There is a tussle in the build-up to a Hoffenheim corner. Hübner's outstretched arm strikes his marker in the face and referee Storks decides it is worthy of a red card.

TSG level the score at 1-1 following a Skov free-kick. Posch is initially denied by Kastenmeier but the loose ball lands at the feet of Dabbur, who hammers it into the roof of the net from close range.

Fortuna look to have re-established their lead. Suttner powers a cross into the centre towards Karaman, who flicks it on towards Hennings. The striker finds himself in an unmarked position and heads home from close range once again. But VAR intervenes and the goal is disallowed for a foul on Posch by Karaman.

Brilliant stop by Baumann. Berisha shoots powerfully from inside the box, but the TSG custodian does very well to keep it out despite his vision being obstructed.

Great chance for Hoffenheim to take the lead. The visitors play the ball brilliantly away from their own box and execute a perfect counter. Dabbur and Baumgartner both play their part before Rudy tees up Skov, who goes clean through 30 metres from the Düsseldorf goal. But he eventually blazes over.

They were behind; now they lead. TSG win the ball back in their own box and this time the counter is converted. Skov finds himself in space on the left and cleverly slows the tempo, cutting the ball back for Zuber to slot into the bottom corner.

Fortuna create their first chance in quite some time. Hennings meets a cross from the left in the box but his header sails over.

Nordtveit is deemed to have brought down Thommy in the TSG box. Hennings comfortably dispatches the ensuing spot-kick into the bottom left corner.