Hoffenheim got their revenge on Energie Cottbus in the German Cup, but needed extra time before running out 3-0 winners. The Bundesliga outfit struggled to create chances inside 90 minutes, as did their second-division opponents, and extra time was inevitable. The deadlock was finally broken in the 96th minute by 18-year-old Niklas Süle, before Roberto Firmino and substitute Sven Schipplock ensured the victory. 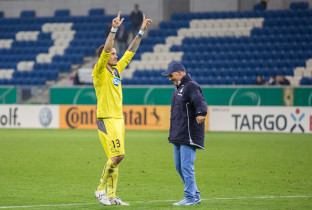 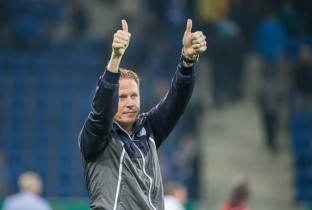 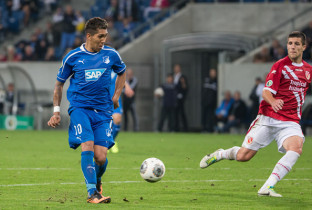 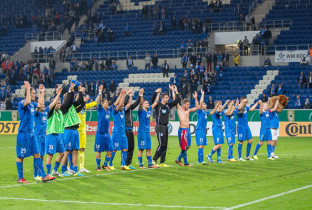 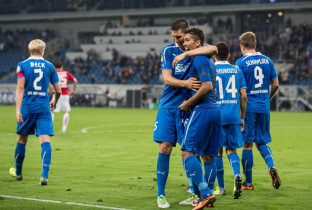 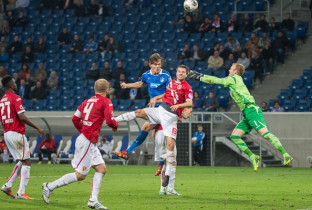 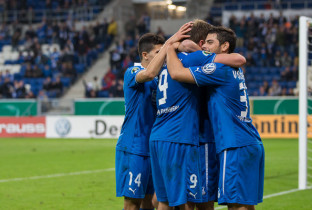 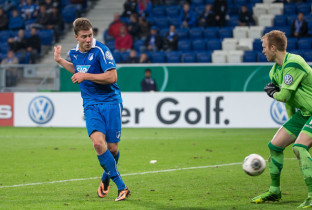 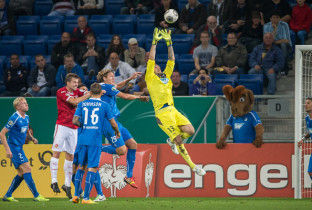 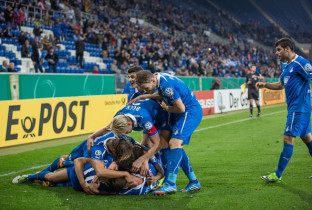 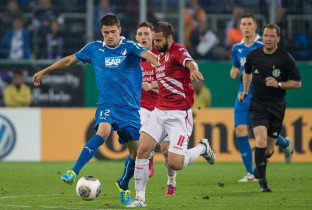 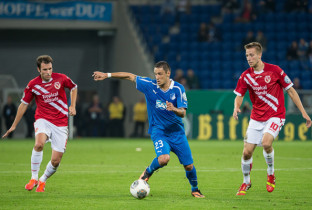 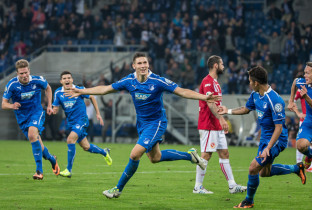 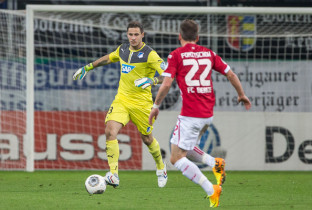 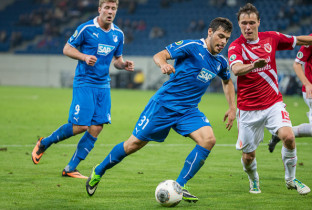 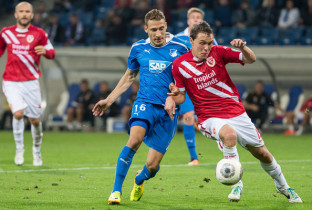 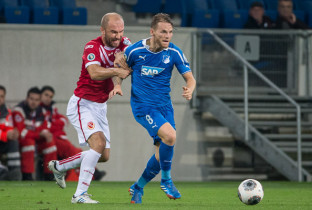 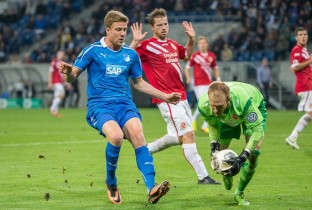 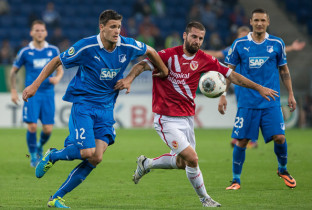 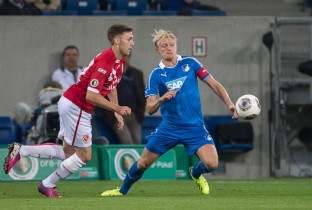 As expected, there were changes to Markus Gisdol's side with a couple of young faces brought in. Niklas Süle and Tobias Strobl replaced David Abraham and Sebastian Rudy, while Sejad Salihovic also got the chance to play, having recently been suspended in the league. Jens Grahl also got his first start under Markus Gisdol as Koen Casteels took up a spot on the bench. There is a little bit of history between Hoffenheim and Cottbus, with the visitors victorious in a cup-quarterfinal meeting in 2011, but there was little bite to the match early on. Kevin Volland was involved in everything TSG, but only one of his first-half shots could trouble Robert Almer in the Cottbus goal. The visiting keeper did well, getting down low to stop the Germany U21 international's bottom-corner-bound strike.

The second-division side had a couple of moments of their own and certainly didn't look like the underdogs. Both of those moments were also produced by just one man, Marco Stiepermann. He followed in Volland's footsteps, coming in from the right and ripping two left-footed shots at goal and again only one of them required action from the goalkeeper, but Grahl did well to tip the shot around the post. The sides went in level at the break, but TSG fans will fondly remember their team's second-half performance from the first round – Hoffenheim finished that game as 9-0 winners despite the match being goalless at half time. Gisdol's men came out of the dressing room looking a little more fired up and Roberto Firmino was quick to get an opportunity. He drove at the back-peddling defenders before unleashing a powerful strike that required stopping. Soon after, the Brazilian linked up well with Salihovic, which resulted in Firmino just lifting his shot past the post from a tight angle.

Unfortunately, that pace didn't last very long as the second half soon followed a similar pattern to the first. Chances were very much at a premium and, as the game progressed, it became very clear that neither side wanted to lose it late on. Gisdol made some changes, bringing on Sven Schipplock and Tarik Elyounoussi for Anthony Modeste and Strobl, and the fresh legs would be needed as the referee blew his whistle after 93 minutes to signal extra time. Hoffenheim used the start of the new period as a second chance and approached it with a new sense of adventure and that paid off six minutes in. A deep free kick from Polanski was headed onto the post by the towering Jannik Vestergaard and his defensive partner Süle was on hand to powerfully volley in the rebound and break the deadlock.

The relief was palpable as the atmosphere in the stadium suddenly lifted, as did the team. A second goal followed soon after and Polanski was involved again. His header from a goal kick was picked up by Firmino, who lifted the ball over a defender before delightfully dinking it over the on-rushing Almer. It was clear that Cottbus had succumbed to defeat and TSG added a late third. Elyounoussi was given space on the right to cross and Schipplock had the easy task of turning the ball in. In the end, it was a commanding scoreline for Hoffenheim, despite it not reflecting the entire game. Nevertheless, the main thing is that Gisdol's men have booked their ticket for the third round as the cup journey continues.