Numerous Hoffenheim players were away with their countries over the international break. On Tuesday evening, which saw Poland (2-0 vs. Sweden) and Portugal (2-0 vs. North Macedonia) qualify for the World Cup, a number of TSG players were also in action: David Raum impressed as Germany drew 1-1 in the Netherlands, while Andrej Kramarić and Munas Dabbur got on the scoresheet. Meanwhile, there was disappointment for Diadie Samassékou as Mali missed out on World Cup qualification. tsg-hoffenheim.de has an overview of all the call-ups and fixtures below.

The latest in a line of impressive performances from David Raum came on Tuesday evening as traditional rivals Germany and the Netherlands went head-to-head in a friendly in Amsterdam. The TSG man was once again included in the DFB team's starting line-up and again shone at full-back in an extremely atmospheric stadium, delivering many crosses, winning admirers like he did in the victory over Israel and almost making it 2-0 following some great link-up play. In light of that, nobody really blamed him for losing an aerial battle in the lead-up to the equaliser. Instead, his performance will be remembered more for his excellent tracking back to win the ball back from Paris St. Germain player Georginio Wijnaldum, whom Raum chased with an impressive defensive sprint and dispossessed. The 1-1 draw (Müller, 45+1 / Bergwijn, 68) saw Germany coach Hansi Flick extend his unbeaten start to nine matches. Reflecting on an intense match, Flick was satisfied: "It was a very good game from two teams that want to play football. We played some really good football for 60 minutes and could have made it 2-0 through David Raum. The team played with enormous intensity, we were very courageous and gave a very good account of ourselves."

Two Hoffenheim forwards also had cause for celebration. Andrej Kramarić was the man of the match after coming on as a 60th-minute substitute (60th) and setting up the leveller and scoring the winner in a 2-1 victory – as was Munas Dabbur, who bagged a brace (57/85) in Israel's 2-2 draw with Romania to salvage a draw for his team.

Austria also drew 2-2 following their bitter World Cup elimination in Wales. Christoph Baumgartner came on as a substitute in the 60th minute with the score 2-0 to Scotland and played an important role in the comeback. Jacob Bruun Larsen also made a substitute appearance for Denmark. The TSG man entered the fray in the 57th minute and experienced a special moment: Christian Eriksen, who almost lost his life after suffering a cardiac arrest playing in the same stadium during the EUROs a year ago, scored a dream goal from 20 metres to complete a 3-0 victory.

Meanwhile, Diadie Samassékou had a disappointing evening as Mali missed out on a World Cup berth to Tunisia. The Hoffenheim man, who once again made the starting XI, saw his country held to a 0-0 draw and subsequently get eliminated, having lost the first leg 1-0.

A number of players featured in youth internationals as well. Angelo Stiller celebrated an important success with the U21s, who won 1-0 in Israel. The Hoffenheim player, who played the full 90 minutes, and his country now have a five-point lead over Israel in EURO qualifying and are on the verge of booking their place at the tournament, which will be held in Romania and Georgia in 2023. However, the U20s lost 3-1 (1-0) in England, with Marco John playing the opening 45 minutes. Following his recent impressive performances for the U17s, Tom Bischof did not feature on Tuesday evening as Germany ran out 5-2 winners over Czechia in Israel.

Elsewhere, Justin Che was involved in a thriller. He helped the US U20 side come from three goals down to beat the U20s of Buenos Aires-based side River Plate 5-3 in Argentina.

The internationals involving TSG players at a glance 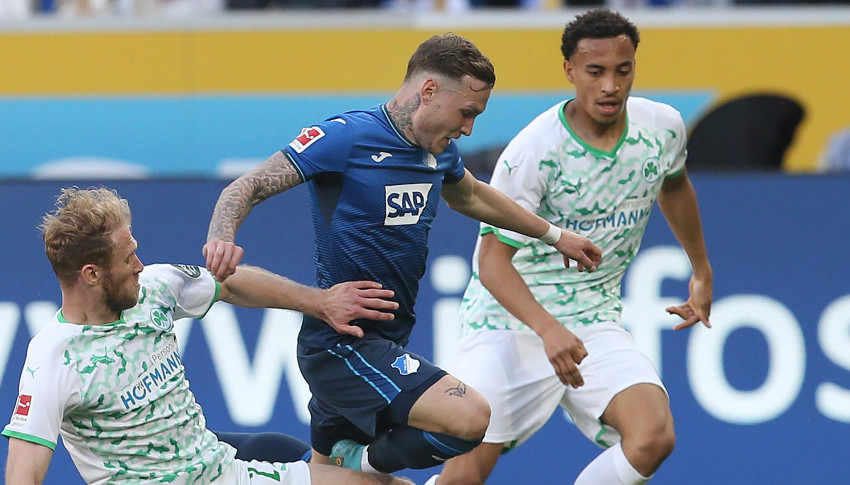 Draw in the home game against Fürth 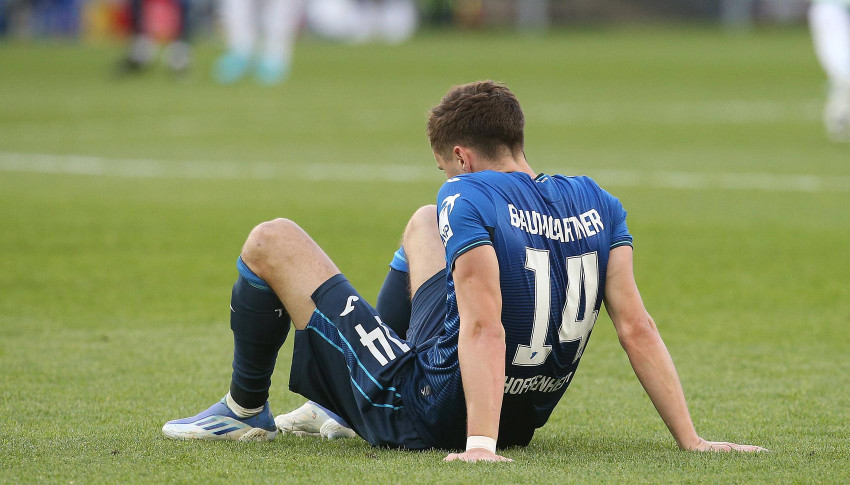 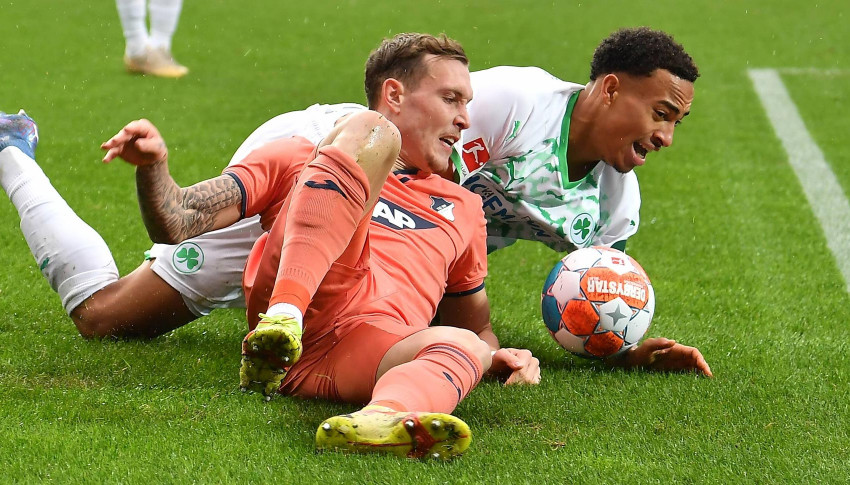