Here’s what the players and coaches had to say after TSG Hoffenheim's 3-1 victory over VfL Wolfsburg: 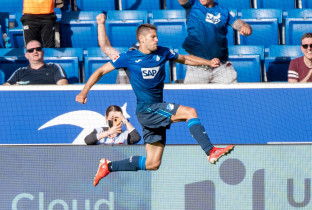 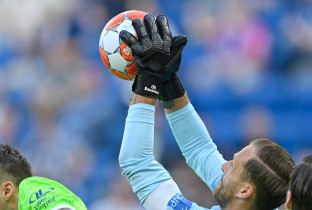 Andrej Kramarić: "I'm really happy that we won and I scored a goal. We analysed the opposition well at half-time and then made perfect use of the space. And I think we deserved the win in the end. We have to build on this performance. The timing of my goal was important, of course. It gave us much more energy in the second half. We were the better team and can be very happy with that."

Christoph Baumgartner: "We didn't start the game well. We were too nervous and made too many mistakes. But we fought our way back into the game well and ultimately deserved to win. We knew how important this game was and really wanted to keep the three points here. The goal for 2-1 took a weight off our shoulders. I'm really pleased that I was able to help the team with my goal."

Sebastian Hoeness: "We expected to play against difficult opposition today. And that's the kind of Wolfsburg we faced. We knew we had to get through the opening stages. Unfortunately, we went 0-1 down during what was a slightly better period for us. But the team responded well and didn't give up. The equaliser did us good, of course. We had to survive some difficult periods, but the lads did well. The goal for 2-1 was a weight off our shoulders. After that, we fought for the victory.

Mark van Bommel (VfL Wolfsburg head coach): "In my opinion, it was an unnecessary defeat. It was actually a good game from us. We were well prepared and did well in the first half. We missed the chance to make it 2-0. The equaliser before the break was bad timing. We couldn't get the final ball right today. Hoffenheim took the lead out of nowhere. TSG were very efficient today." Favourite foe from the Rhineland