TSG Hoffenheim would like to say thank you for the extensive support they have received after the incidents which occurred during the Bundesliga home match against FC Bayern Munich on Saturday. "We have received almost 1,000 messages", says TSG managing director Dr. Peter Görlich. In addition, a large number of positive posts were shared on the club's social media pages This outpouring of sympathy was triggered by the insults directed against TSG majority shareholder Dietmar Hopp by a small number of Bayern supporters in the PreZero Arena. The incident led to the Bundesliga match being interrupted.

The club received many emails and messages in which ''incomprehension'' at the actions of the group of ultras was expressed. In addition, many people shared their admiration for both Dietmar Hopp and TSG Hoffenheim. Several Bayern Munich fans communicated their ''shock'' at what happened on Saturday. The players and management staff at both clubs as well as Dietmarr Hopp himself were all praised for the manner in which they collectively dealt with the highly unpleasant situation in the stadium. Many of those who got in touch applauded the strong message of solidarity sent out by the way in which both sets of players stood shoulder to shoulder alongside Bayern chief executive officer Karl-Heinz Rummenigge and Dietmar Hopp to applaud the crowd at the final whistle.

Please be aware that TSG Hoffenheim will not be able to give a personal response to all those who got in touch to express their solidarity.

Dietmar Hopp also expressed his thanks to the TSG Hoffenheim fans who, in response to the unrelenting criticism of his involvement in football, created their own banner to address the issue. ''That did me a lot of good,'' said Hopp. 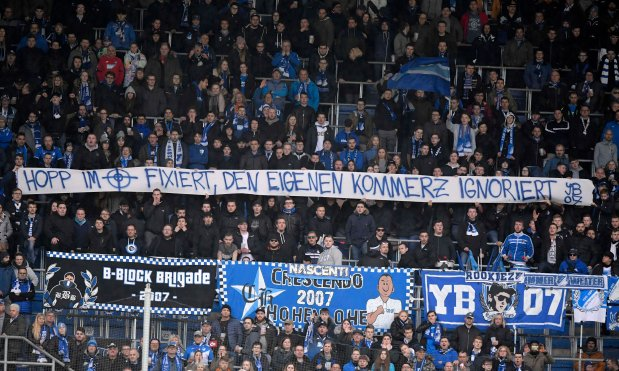