Borussia Mönchengladbach were too strong for TSG as the Foals returned home with all three points following a 4-1 win. It was hosts Hoffenheim who took the lead early on through Sven Schipplock, however the visitors replied with four unanswered goals to run out comfortable winners. TSG remain seventh for yet another week and were unable to move into the Europa League places. 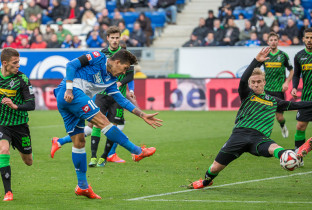 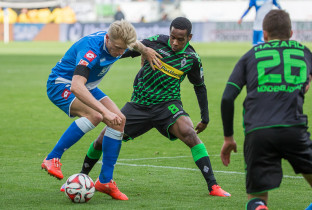 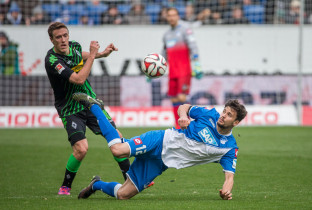 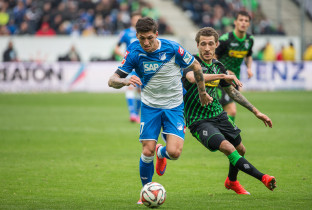 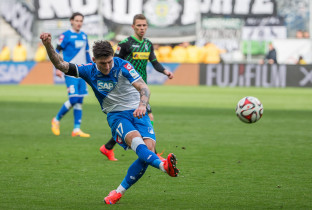 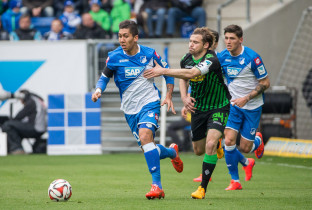 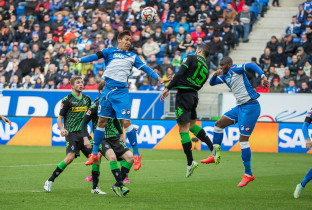 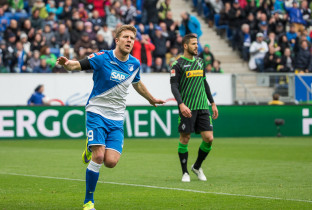 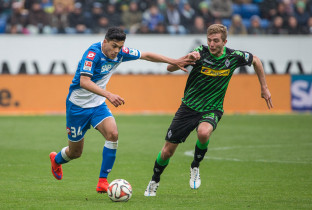 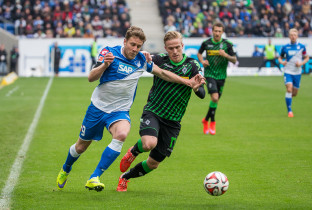 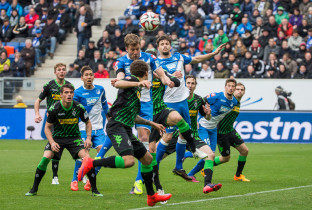 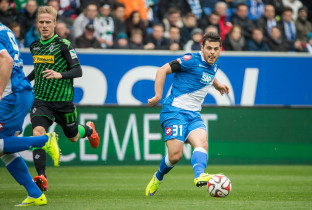 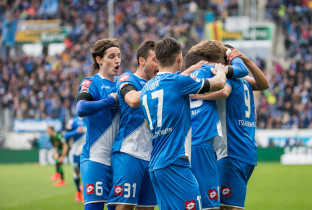 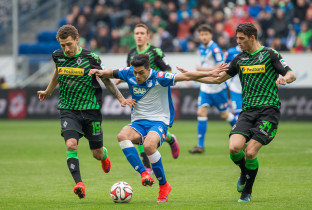 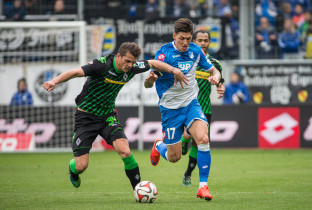 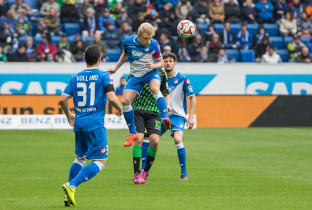 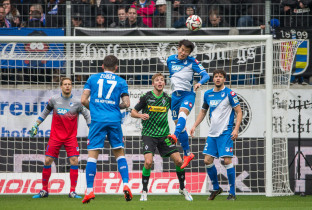 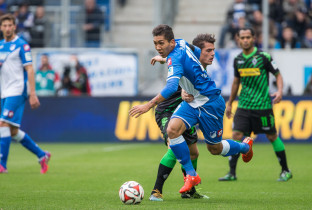 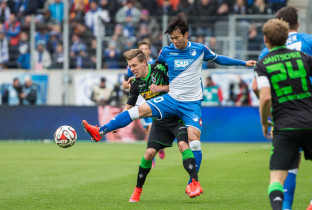 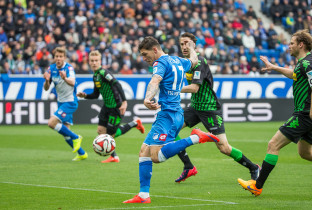 Markus Gisdol's side had a rather different look about it for today's game against third-placed Borussia Mönchengladbach. The manager went with a 4-2-3-1 formation, with a back four made up of captain Andreas Beck, David Abraham, Tobias Strobl and Jin-Su Kim. Due to a number of injuries, Nadiem Amiri was brought into the side to partner Sebastian Rudy in holding midfield. Steven Zuber was preferred to Tarik Elyounoussi on the left, with the ever-present Roberto Firmino and Kevin Volland playing in the middle and on the right respectively. Once again, Sven Schipplock was given the nod up front.

6th minute: TSG have the ball in the back of the net through Steven Zuber but he is adjudged to be in an offside position. That looked very close indeed…

17th minute: GOOOOAAAALLLLL for Hoffenheim!!! Some lovely build-up play from TSG as Volland slips in Firmino, who squares the ball for Sven Schipplock. The striker is on hand to tap home and give the hosts the lead!

22nd minute: Penalty for Gladbach! David Abraham brings down Fabian Johnson as he tries to get on the end of an Oscar Wendt cross and the referee points to the spot!

26th minute: Equaliser for the visitors. Max Kruse sends Oliver Baumann the wrong way from the spot and we are all square.

28th minute: Xhaka tries his luck from outside the box and his effort brushes the post as it goes behind.

31st minute: Goal for Gladbach. Patrick Herrmann gets a touch on a drilled cross from Oscar Wendt and the ball trickles into the far corner.

36th minute: 3-1 to the visitors. Kruse with a run down the left and he feeds Raffael at the back post, who side-foots home and extends Borussia's lead.

51st minute: Patrick Herrmann evades the offside trap as he is played in behind by Kruse and he slots the ball past Oliver Baumann to make it 4-1.

55th minute: Schipplock has a free header from a corner but he's unable to keep it down.

66th minute: Kevin Volland hits a rasping drive from the edge of the box but it is turned behind by Yann Sommer.

78th minute: Great chance for TSG! Anthony Modeste gets his head on to an inswinging free kick but Yann Sommer makes a reaction save from close range to keep it out!

87th minute: Another great chance for substitute Modeste. The striker gets in behind the Gladbach defence but once again Sommer does brilliantly to tip his shot behind for a corner.

Even after losing so heavily, the opening goal for TSG was something to behold. Amiri won the ball back in his own half before Zuber, Volland and Firmino linked up well, which allowed Schipplock to apply the finishing touch. Five players were involved in TSG's goal and it only took five seconds from one end to the other. Unfortunately, they weren't able to repeat that against the clinical Foals.

Tobias Strobl had the best tackle-success rate in the game, winning 77% of his challenges. Andreas Beck came next with 71% of tackles won. Next was a Gladbach player…