Serge Gnabry is back to full fitness. After overcoming various injuries since the end of the winter break, the attacker is fit once again. The 22-year-old has become a focal part in Hoffenheim’s starting XI. In the first half of the season, Gnabry missed the defeat to Schalke through illness. Ahead of TSG’s Bundesliga matchday 26 clash with VfL Wolfsburg, Serge spoke to us about his fitness, development, recent results and our next opponents. Furthermore, the number 29 confessed to us why he's happy to lose at football tennis. 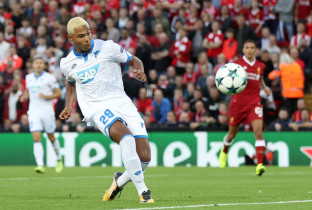 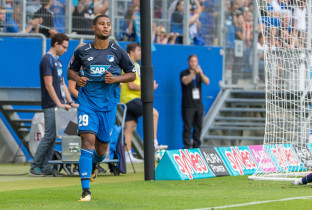 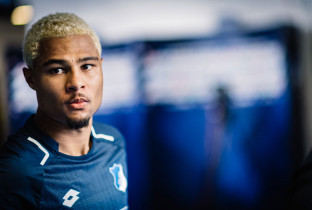 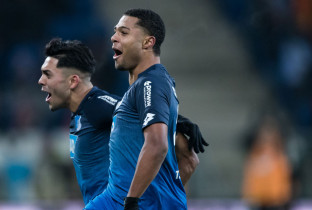 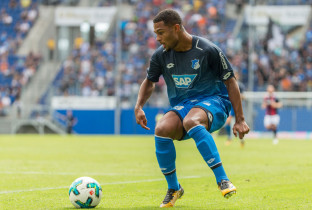 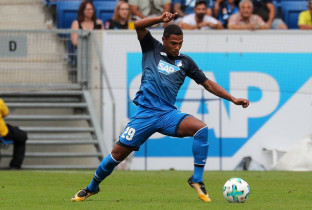 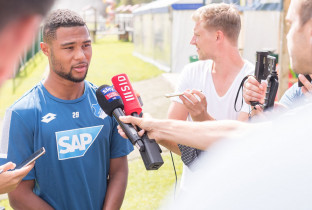 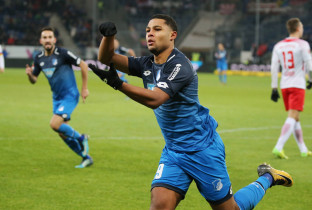 First things first and most importantly, you’re healthy once again. How important is that to your development as a player?

Serge Gnabry: “Absolutely crucial. I was injured for a while during the first half of the season. With every training session and every game, I’m getting closer to my peak performance levels. Games are the most important thing for me right now. Sure, training is good and extremely useful but the competitive nature of match practice is irreplaceable. You’re under so much pressure and have to be at the top of your game. Bundesliga games come down to such fine margins. I’m just happy to be fit and able to play. You gain confidence through playing games and trying things in matches. You can’t perform without confidence. I feel great and want to help the team with my performances. Of course I want to stay injury-free until the end of the season.”

You’ve got two goals and three assists to your name so far in the second half of the season. How important are stats to you and how happy are you with your performances so far since the winter break?

Gnabry: “My stats could be a little better in my eyes. I’m an attacker and I benchmark myself on numbers too. The most important thing of all is being out on the pitch and giving my all for the team. I’m a young player and have lots to work on still – every game does me good.”

Recently, you’ve played on the wings as part of a five man defence. How did that come about and how have you found the challenge?

Gnabry: “Tactically, it’s a completely different task. I think I’ve done well and learnt a lot in training and in games. Most of all, I’ve learned the importance of defence. Instinctively, I’m an attack minded player but, if the coach thinks I should help out more defensively, I’m prepared to do it. Julian is the boss. Ahead of the game against Hertha, he came to me and said “I have an idea”. I was intrigued to see what he had in mind. Then, he showed me his idea and we went from there.”

Against Augsburg, you had a different approach to normal. What was the reasoning behind that?

Gnabry: "We had less possession than normal as we didn’t press as highly. The ground in Augsburg was tough to play on so we couldn’t play our normal game. We let FCA have the ball more and then played long to fight for second balls. I think it worked well."

Training has been a bit different: how good is your football tennis?

Gnabry: "Oh man. I don’t want to talk about it! But if I have to… Me and my team lost and didn’t even win a single point. So I guess I’m not the best at it! If we do a session of football tennis and it means we win at the weekend, I’m ready to lose at football tennis once again!"

This weekend, VfL Wolfsburg await us. What are your thoughts on them?

Gnabry: "They’re a team with a lot of quality within their ranks – especially going forward. Straight away, the likes of Didavi, Malli and Origi spring to mind. It hasn’t been working for them on the pitch like they’d have hoped. I don’t know why that’s the case. We all know though it won’t be an easy game. We have to approach the game with the same attitude that we did against Augsburg. That’s the key."

The aim is three points to make the win in Augsburg even sweeter, right?

Gnabry: "Of course. We’re playing at home and want to win. Our aim is simple: win."