The third home win on the bounce - a big win against Champions League quarterfinalists. TSG beat VfL Wolfsburg 1-0 and picked up some crucial points in the fight against relegation. Andrej Kramaric scored the only goal of the day. 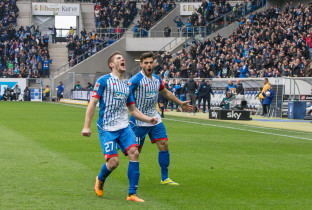 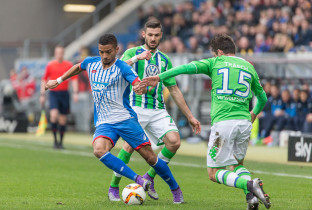 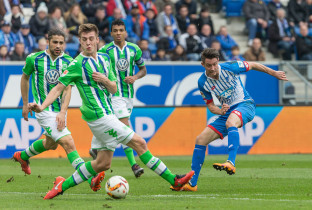 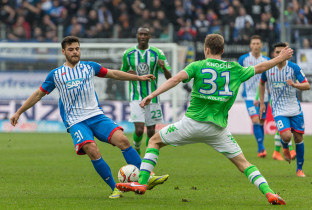 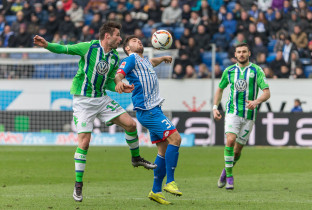 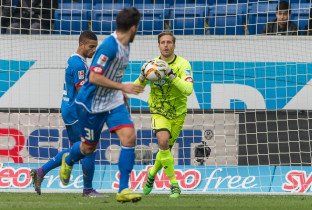 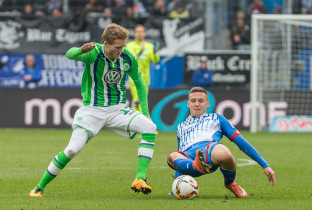 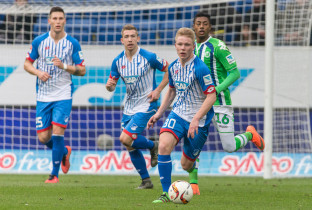 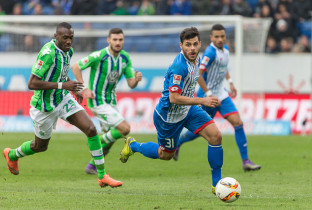 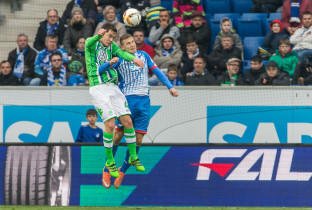 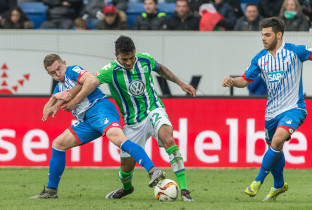 Sebastian Rudy suspended, Eugen Polanski suspended, Tobias Strobl injured, Pirmin Schwegler injured. Manager Julian Nagelsmann had to think of something regarding the defensive midfield role. His solution: Fabian Schär. The captain armband was worn by Oliver Baumann, in front of whom a back four of Ermin Bicakcic, Niklas Süle, Pavel Kaderabek and Jeremy Toljan lined up. Nadiem Amiri and Eduardo Vargas started in central midfield just ahead of Schär. The wings were occupied by Kevin Volland and Mark Uth, with Andrej Kramaric leading the attacks.

There was a new face in the squad today: Alexander Stolz came in to replace Jens Grahl. Returning to the squad was Tarik Elyounoussi, and due to the number of injuries to TSG’s defensive midfielders, the managers called up Russell Canouse from the U23s.

The opening stage: Alert, direct start from the hosts, the early goal - a nice goal, well worked down the left. Kramaric alone in the penalty area; sells the defence a turkey with a lovely back heel and strikes it past the goalkeeper. The eighth goal in the opening quarter of an hour this season for TSG.

The win against Wolfsburg was the third consecutive home victory. That in itself is a nice stat. But the stat which steals the show today is this one: This was Hoffenheim’s 50th ever Bundesliga home win. More importantly, of course, a vital three points in the fight for survival.