Hoffenheim have won their latest friendly against TSG 62/09 by another resounding margin. The second- half performance from Markus Gisdol’s side in their 15-1 win really was something spectacular… 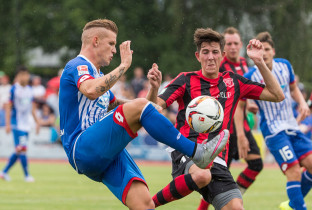 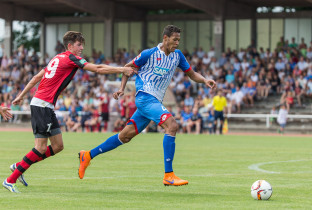 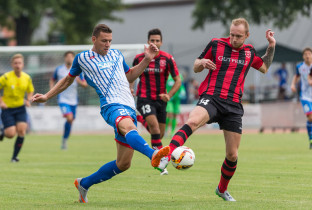 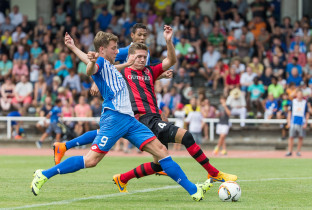 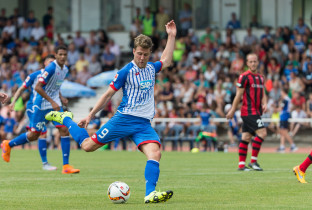 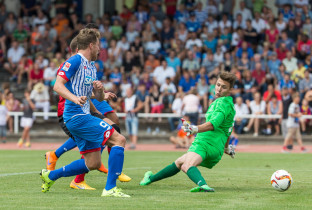 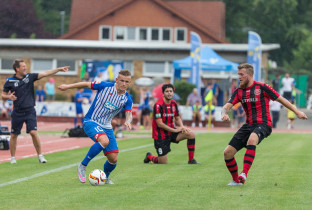 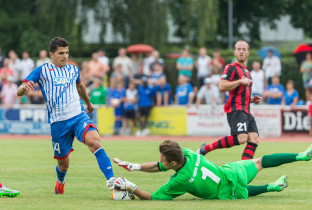 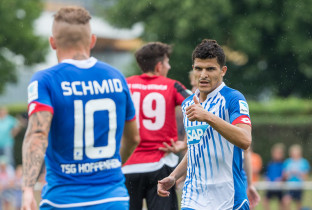 They may have conceded their first goal of pre-season, but the Hoffenheim players more than made up for it. TSG ran out 15-1 winners in their last friendly before setting off for their next training camp in Norway. Coach Markus Gisdol granted some of his more established players such as Oliver Baumann, Niklas Süle and Fabian Schär a well-earned breather in the match against TSG 62/09 Weinheim – but the Bundesliga side still named a strong starting XI. Ermin Bicakcic, Tobias Strobl, Jeremy Toljan and Jin-Su Kim started in defence, with Pirmin Schwegler, Sebastian Rudy, Tarik Elyounoussi and Jonathan Schmid in midfield and a striker partnership of Adam Szalai and Philipp Ochs. Alexander Stolz started in goal in the game played in front of 2,129 fans at the Sepp-Herberger-Stadion in Weinheim.

After a slow start, Sebastian Rudy had the first real chance of the encounter in the 15th minute when he fired just wide of the post from the edge of the area. Hoffenheim keeper Stolz was then left stranded by a strike from distance by Weinheim’s Andreas Adamek, but luckily for the Bundesliga side the effort was just wide.

It was the first-division TSG who took the lead midway through the first half. Schmid got to the by-line down the right-hand side and picked out the unmarked Elyounoussi at the back post who tucked it away coolly to make it 1-0. Five minutes later, Hoffenheim doubled their lead, and in what fashion – a cross from Elyounoussi found Rudy on the edge of the area who volleyed home emphatically to the delight of the crowd.

Elyounoussi again and Szalai added two more for TSG before half-time, but straight from the restart after scoring their fourth goal, the Bundesliga side conceded their first of pre-season. A perfectly-executed counter-attack ended up with Jonas Meier-Küster reducing the deficit to 4-1 shortly before the referee blew for half-time.

Markus Gisdol introduced six new players – Benedikt Gimber, Kingsley Schindler, Eugen Polanski, Steven Zuber, Sven Schipplock und Joelinton – for the second half, and it was Zuber who danced passed three defenders in the box to extend TSG’s lead just five minutes after the restart. Rudy then grabbed his second goal of the game, in just as spectacular fashion as his first.

The next quarter of an hour saw the floodgates truly open – Hoffenheim bagged six goals in just 13 minutes and suddenly the score was 12-1. Schipplock alone got three, along with a brace from Joelinton before Zuber’s second of the game rounded of a crazy period of goalscoring for the Bundesliga side.

After already hitting double figures against SpVgg Baiertal (16-0) and FC Zuzenhausen (14-0), Hoffenheim had confirmed yet another emphatic victory. Weinheim were visibly tired, but that didn’t stop TSG – or more specifically Sven Schipplock – striving for more goals. After Zuber had completed his hat-trick to make it 13-1, "Schippo" then added two more to his tally in the final ten minutes to take Hoffenheim’s total to 15.

Markus Gisdol hailed the match as a successful end to his side’s first phase of pre-season friendlies. "We’ve had a great time in the region and we’ve laid some very positive foundations for ourselves. The result doesn’t matter so much in games like this. In our next training camp we’ll work more on the tactical elements of our game."