1899 Hoffenheim secured a 4-3 victory in Saturday's late game against Hannover 96 in the WIRSOL Rhein-Neckar-Arena. The victory sees TSG leapfrog Hannover in the table. Pirmin Schwegler, Kevin Volland, Eugen Polanski and Niklas Süle were on target for the hosts on matchday 13 in the Bundesliga. 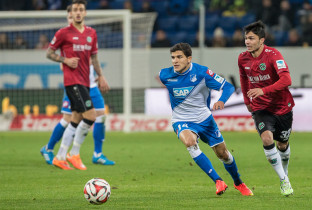 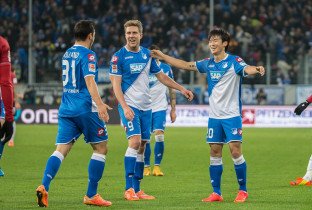 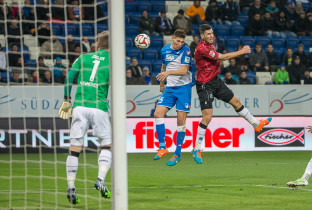 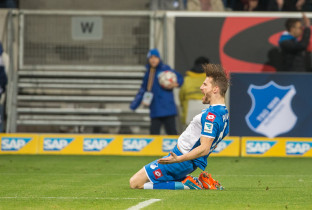 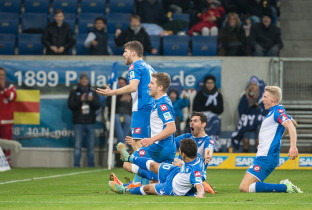 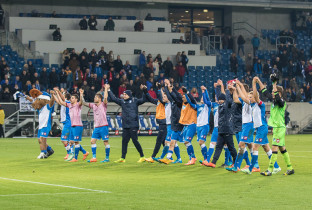 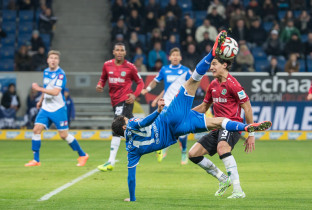 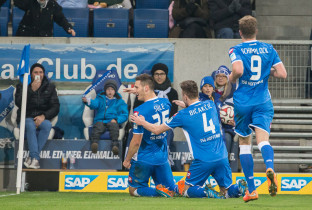 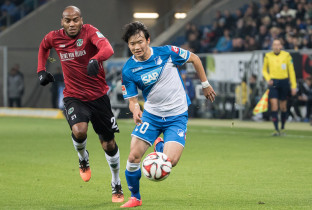 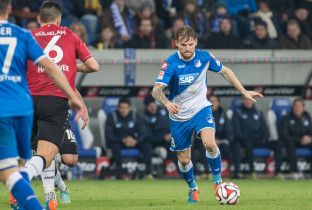 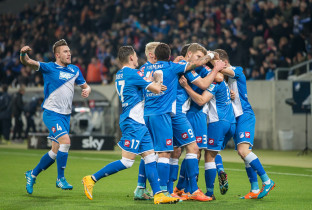 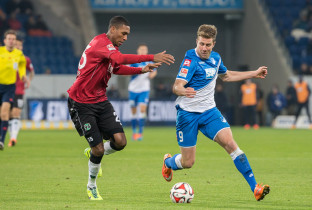 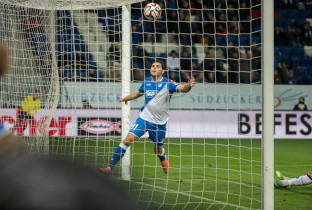 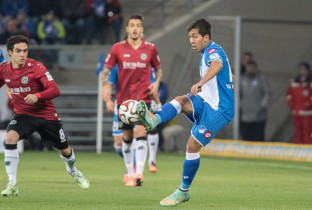 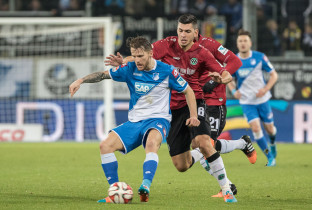 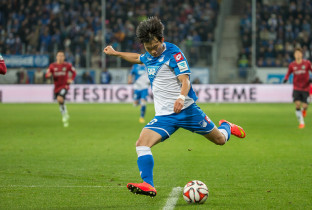 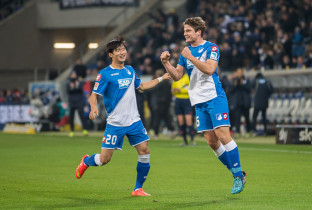 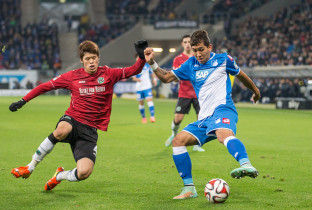 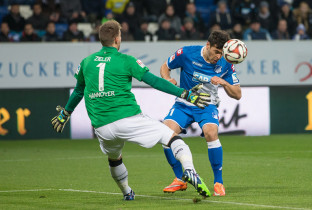 Markus Gisdol made four changes to the side that suffered a 4-0 defeat in Munich against Bayern last weekend. Polanski, Kim, Schipplock and Zuber featured in the starting line-up, as Hoffenheim adopted a 4-2-3-1 formation. Andreas Beck resumed duties at right back as Kim returned on the left of defence, while Bicakcic and Süle made up the central partnership. Schwegler and the recently slightly injured Polanski sat in front of the back four. Zuber, Volland, Firmino and Schipplock started in attack.

There was good news ahead of the game: After being out of action for several weeks, Hoffenheim veteran Sejad Salihovic returned to the bench.

6th minute: A lively start in Sinsheim. Schipplock hits the crossbar after a good ball in from Schwegler and some confusion in the Hannover defence.

16th minute: The visitors go close to scoring the opener. Joselu fires just wide of the upright after a defensive mistake saw the former TSG striker clean through on goal with Baumann.

20th minute: GOOOOAAAALLLL for Hoffenheim! 1-0: Pirmin Schwegler's powerful free kick from the edge of the area finds the bottom corner to give TSG the lead. That's Schwegler's first competitive goal in a Hoffenheim kit.

37th minute: GOOOOAAAALLLL for Hoffenheim! 2-0: Kim picks up possession on the left wing and charges down the line, before playing a perfectly-timed low ball across the area where Volland only needs to tap home.

43rd minute: GOAL for Hannover. 2-1: Lars Stindl's header following a long throw-in by Schmiedebach finds the back of the net.

52nd minute: GOAL for Hannover. 2-2: The visitors equalise through former TSG man Joselu after a fine assist by Briand. Again Hoffenheim were caught sleeping in defence and Hannover capitalise clinically.

59th minute: GOOOOAAAALLLL for Hoffenheim! 3-2: Great display of fighting spirit by TSG! Eugen Polanski hammers a fierce left-footed strike into the roof of the net. The WIRSOL Rhein-Neckar-Arena erupts and Hoffenheim are back in front.

86th minute: GOAL for Hannover. 4-3: Stindl scores his second goal of the night to give Hoffenheim are nervy final few minutes.

Congratulations to Pirmin Schwegler. The Switzerland international scored TSG's opener with a wonderful free kick – not only was it his first goal for Hoffenheim, it also got the hosts back on track.

TSG have now collected 20 points from 13 games, two more than in the entire first half of last season. A great accomplishment so far, but we are certain that more lays in store for this Hoffenheim team.