Behind Dennis Geiger lies a difficult past, one which the player has had to come to terms with. Several injuries have constantly set the 23-year-old midfielder back, meaning he could often only watch on from the side instead of being able to help his team on the pitch. In this big SPIELFELD interview, Hoffenheim's number 8 talks about self-doubt and the most difficult period of his career so far, as well as his contract extension at TSG and his new attacking spirit.

Dennis, the first eight games of the season are over. How has your body coped?

"I feel good and I'm just glad that I'm finally fit and healthy. This hasn't been the case for me over the past few years. It always sounds a bit silly when a player says that being healthy is the most important thing. But it really is the case for me. My current condition gives me mental strength."

Do you still worry about your injury on the pitch, or can you completely block it out?

"It doesn't bother me at all anymore. When I'm on the pitch, I only concentrate on the game or training. Everything else doesn't matter. I behave the same way as I did before my first injury, and I'm not scared of anything happening."

Would you say you're back to your full potential?

"It's difficult to say at the moment what my 100% is. I can't judge that myself - I was simply out for too long. Just because I can complete the whole of training doesn't mean I have the necessary match strength. Right now, I'd honestly say I don't think I'd be able to play through three games in a row. That'll still take a bit of time. But I'm on the right track and confident that I can reach my previous levels soon."

Because of this, head coach Sebastian Hoeneß keeps taking you out of the starting eleven on matchday. How do you deal with that?

"I think it's normal that after such a long time you feel better in one game and then don't feel as great the week after. Obviously, I always want to play, and I don't like sitting on the bench. Everyone who knows me knows that. I'm way too ambitious for that. But I can now assess the situation much better. It's not like it was before the injuries. Overall, I feel good and I'm just thankful to be back on the pitch. If I'm needed, I'm ready, and I'm in a good position with the coaching team."

On the pitch, you're a loudspeaker and you lead the way. Do you want to take on more responsibility in the future?

"I think that happens automatically because of the way I play football. I always want to win and maybe I can get some of my teammates going with it. I like leading the way. But after such a long time away through injury, you've got to look at yourself first. It then takes time until you're ready to pull the others along and wake them up."

Your body language was always very good, but your body has often caused you issues; most recently in the winter of 2020, when you seriously injured your thigh. How did you cope with that renewed disappointment?

"A lot of people think that it's easier to deal with when you're familiar with the situation, but for me it was even worse than the previous injuries. It was the same place on my thigh, and I knew immediately how bad it was. When it happened for the first time in March 2018 I thought: okay, it's my first muscle injury, it'll be okay. But this time I knew what it meant straight away. Obviously, I thought about it afterwards. Why me? Why now? Why me for the third time? But when it's happened, you can't change it. The first three to four weeks were terrible. I was just at home, thinking to myself a lot and questioning whether there was actually any point in continuing to play football. That's when I thought about quitting. That was the worst month of my life so far."

Do you mean the time after the diagnosis?

"Yes, when it was diagnosed in December. It was just as bad in February when it was clear that I needed an operation because it just didn't make sense to me anymore. With conservative treatment, the injury could no longer heal. My career would've been over. I think it's normal to then think about yourself a lot. About your own passion, what you actually want to pursue as a profession. Whether it still makes sense to continue because it was already the third or fourth setback."

Have you ever doubted your footballing future?

"I dealt with the situation honestly and knew what the injury meant for me. I've only been playing in the Bundesliga for four seasons, and I've missed two of them in total through injury. And they weren't just minor injuries, but two serious thigh injuries and inflammation of the pubic joint. Then, from my point of view, it's normal to have such thoughts as a player and, above all, as a human being. Doubts about yourself are just simply human."

What gave you courage during this time?

"I had great support from the club, my family and my girlfriend. They kept saying to me: 'You've already managed it twice; you can do it a third time!' They always stood by me and were a strong shoulder on bad days. They motivated me to keep pushing through rehab, even in the darkest moments. That gave me a lot of strength. But of course, after the first two or three weeks had passed, I also knew myself that I had already managed to get to that level. I also knew that there was nothing left for me to do but give everything in rehab every day and think about the feeling of being back on the pitch with the boys. I think that gave me the most strength. I'm happy and grateful to be back now and be able to do what I love doing the most."

Did you do anything different in rehab this time?

"I was also out of the region for five weeks. I went to Munich so that I could clear my head. There was an agreement with TSG that I wasn't to be on site in Zuzenhausen every day to watch the boys train, but that I should simply go and get my mind off things. It really hurt me to watch the team train and not be able to be there myself. That was a horrible feeling."

What was it like with the games? Did you ever turn the TV off because you felt helpless?

"Yes, that's what I did the first time. For the first four weeks I couldn't watch any football at all, neither on the TV nor at the stadium. Neither Hoffenheim nor any other game. I simply couldn't. It triggered something negative in me and I didn't want to associate that feeling with football. And that's why I just let it go. But after a month it was fine again. That's when the first big bit of frustration was over."

Such a time is very defining. Have you changed as a result?

"Definitely. At every training session, I notice how happy I am that I can play football and be on the pitch with the boys. I'm much more thankful for everything I get to experience. I have learned to appreciate being able to do what I enjoy, especially after not being able to in the past. And for me, that's playing football. I don't need much more to be happy."

You didn't just miss the entire second half of the season at TSG, but also the U21 European Championship. How did you deal with that?

You were already captain of the U21 team. Stefan Kuntz saw you as a leader. Now you're finally fit again and you're back in action for TSG. In perspective, do you think you'd be able to take on the role in the Bundesliga?

"It's always different of course when you play with people the same age compared to with players at your club, who are sometimes seven or eight years older. I spoke with Stefan Kuntz (former coach of the German U21s' national team, editor's note) about whether I wanted the captaincy. The experience will certainly help me in my development at the club. But it's no good talking about it. It's more important to show the required characteristics on the pitch and in the dressing room. You don't always have to talk to the referee for 90 minutes, but your body language has to pull the others along. I know I can definitely do that, and I want to take on the role." 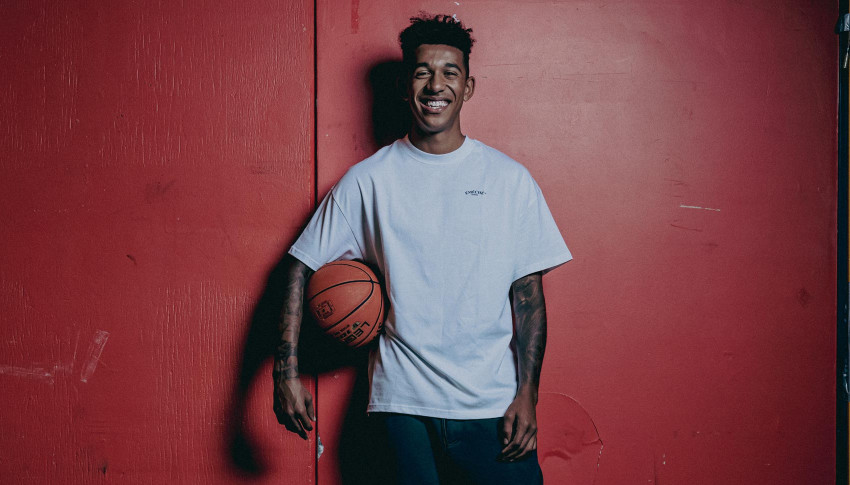 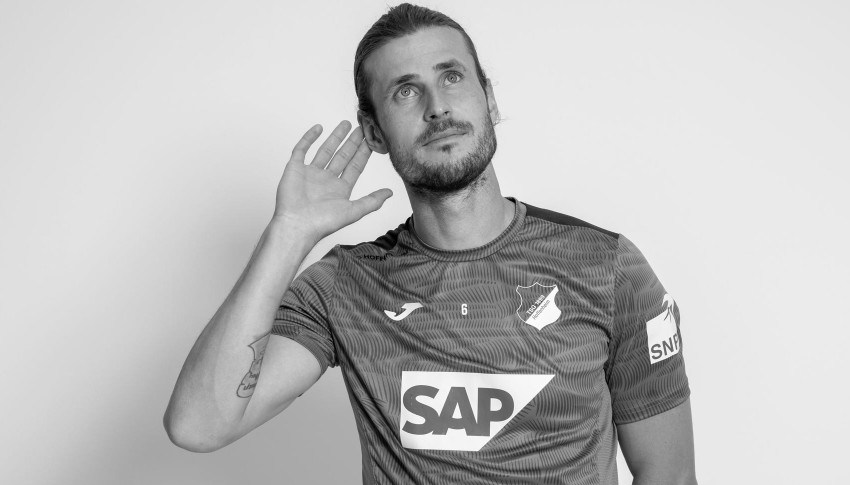 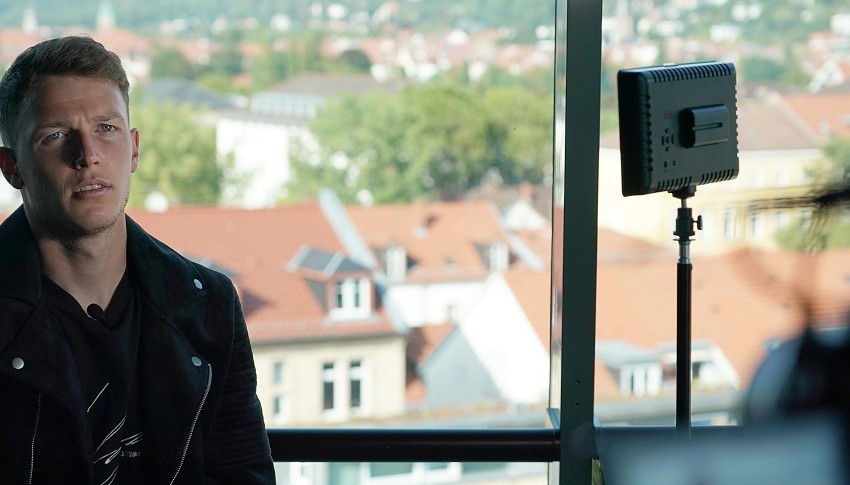