Derby time in Stuttgart: TSG Hoffenheim will be away to VfB on Saturday (15:30 CET / Live Ticker at tsg-hoffenheim.de). At the press conference prior to facing the side in 13th, head coach Sebastian Hoeness gave an injury update and spoke about the opposition and the recent success against Wolfsburg.

…the personnel situation: "As you know, Ermin Bičakčić and Benjamin Hübner are out. Marco John has a capsule injury and will be out short-term. Håvard Nordtveit is back in training, but this game is too soon for him."

…VfB Stuttgart: "They're a dangerous team. Their performances this season have shown that; they're only missing the points at the moment. VfB are suffering a bit from their efficiency. They have frequently fallen behind early on. We will not underestimate Stuttgart. They're a very strong footballing side. But we want to concentrate on our own match plan and also go on the attack."

…what makes this game special: "It's a derby and there will be fans involved. We didn't have that last season. The emotions will be palpable on Saturday. We'll need that on the pitch too. As well as your match plan, you also need emotions in a derby. We know about the significance for our fans and are looking forward to the match."

…the victory against Wolfsburg: "There was obviously a good atmosphere within the team after the victory. But we also spoke about the first half, in which not everything went smoothly. We had a few moments of uncertainty. For me, the way in which the team reacted to going behind was important. It sets us apart that we're capable of coming back and turning a game around."

…TSG's crossing strength: "We have a lot of quality in the wide positions. Both Pavel Kadeřábek and David Raum can deliver dangerous crosses. But we need to adapt to the opponent. If the middle of the park is opened up to us, then we can be dangerous there as well. Recently, though, it's worked well with crosses from out wide."

Coach Pellegrino Matarazzo's charges are winless in the Bundesliga since their convincing 5-1 victory over SpVgg Greuther Fürth on the opening day of the season. The Swabians have since taken two points from five games and currently sit in 13th place in the table.

This will be the 23rd meeting between both teams in the Bundesliga. For TSG, the head-to-head record is negative: Stuttgart have nine wins and Hoffenheim six, while there have been seven draws. Last season Stuttgart won 2-0 at home, while the game at the PreZero Arena ended 3-3. 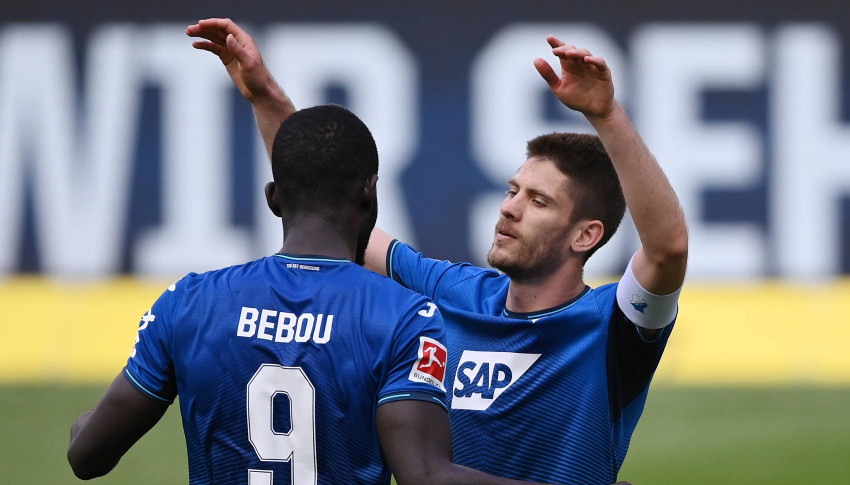 Bebou and Kramarić named in the Team of the R...