Despite a very good start and an excellent second half, TSG have missed out on a DFB Cup quarter-final berth after losing 4-3 (3-1) away to Bayern Munich in the last 16. Alfred Schreuder's charges took an eighth-minute lead courtesy of an Ihlas Bebou shot that took a deflection off Jerome Boateng, but Bayern turned the game around before the break and a late Munas Dabbur brace proved to be too little too late. 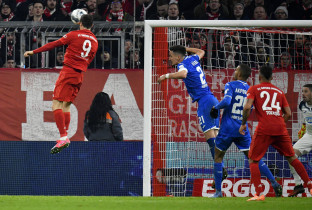 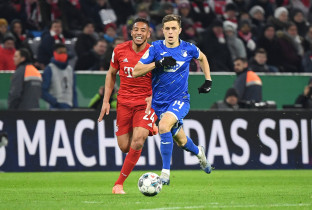 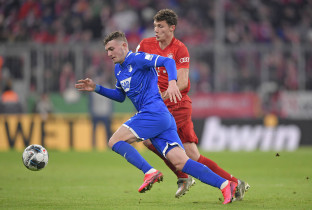 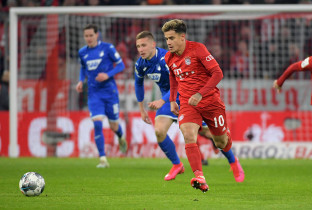 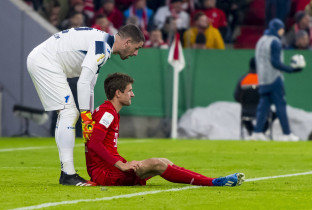 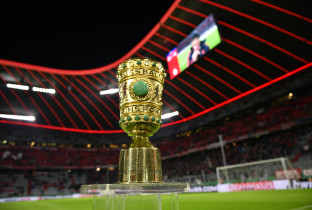 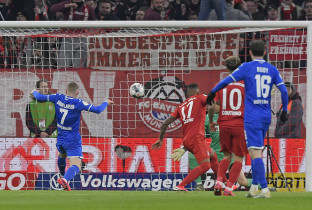 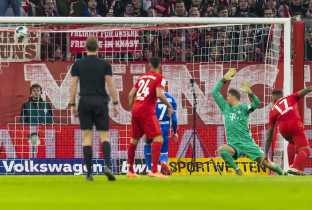 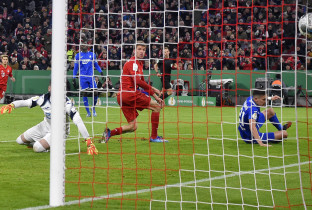 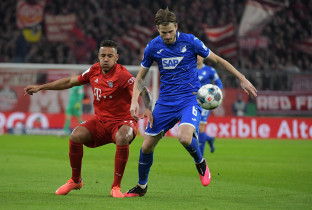 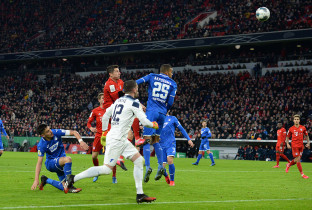 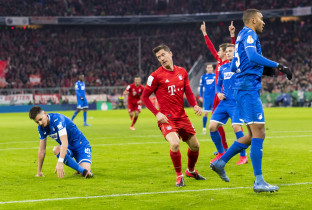 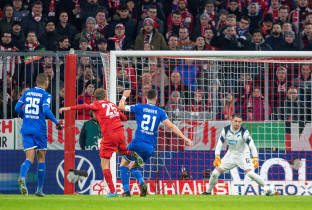 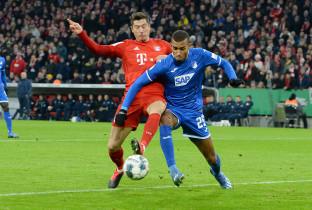 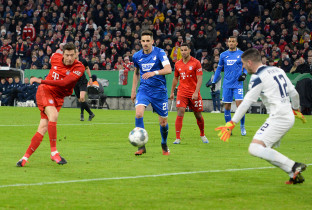 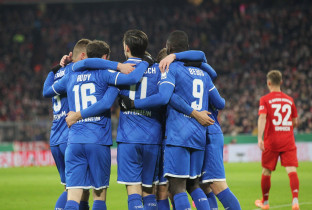 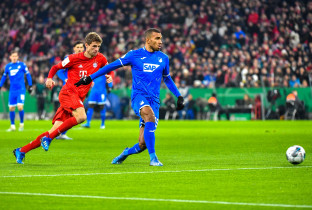 Winter signing Jacob Bruun Larsen was handed his TSG Hoffenheim debut against Bayern Munich. The Dane, who began on the left flank, was one of five changes made by head coach Alfred Schreuder to the starting XI that beat Bayer Leverkusen 2-1 last time out. Philipp Pentke remained in goal, while Steven Zuber replaced Robert Skov at left-back and played alongside Pavel Kadeřábek, Kevin Akpoguma and captain Benjamin Hübner in a back four. Florian Grillitsch and Håvard Nordtveit returned to the line-up and formed a midfield trio with Sebastian Rudy, while the front three consisted of the returning Ihlas Bebou plus Andrej Kramarić and debutant Bruun Larsen.

Hoffenheim made their first substitution on the hour-mark when Munas Dabur replaced Bebou (61). A double change followed in the 71st minute:  Brazilian Lucas Ribeiro made his competitive debut when he came on for the injured Florian Grillitsch, while Bruun Larsen's place on the left flank was taken by Christoph Baumgartner.

The last minute of stoppage-time: Håvard Nordtveit launched a long throw into the middle from the left, but Bayern held firm in the ensuing penalty box scramble and cleared the danger to ensure there would be no extra-time.

Number of the game: 4

Four minutes was the total time TSG spent in the lead after Jerome Boateng's own goal. FC Bayern soon equalised via another own goal and turned the game on its head before the interval.

The first chance of the match comes when TSG lose possession and are hit on the counter. Coutinho goes for goal from 18 metres but his shot sails wide.

TSG take the lead! Bayern are dispossessed just outside their area and Kramaric has a pop. Neuer parries it away, but Grillitsch pounces on the loose ball and tees up Bebou. His shot from around 12 metres out takes a deflection off Boateng on its way past Neuer and into the net.

Another own goal. Davies is afforded too much space on the left and crosses into the centre. Hübner slides in to challenge Müller but the ball ricochets off the captain's knee and past Pentke.

This time it’s Alaba who crosses into the centre from the left. Müller wins the battle with Hübner and volleys home from close range.

Lewandowski has only Pentke to beat, but his volley on the turn from five metres out is well saved by the TSG shot-stopper.

Pentke is called into action again and makes another strong save to deny Gnabry, who had cut inside Hübner in the box and pulled the trigger from the corner of the six-yard box. But the goalkeeper gets an outstretched arm to the ball and tips it around the post.

A long ball towards Müller is headed away by Hübner. But with Pentke a long way off his line, Lewandowski is left with a simple header into an empty net.

Almost 4-1 there. TSG have a good opportunity to score but are then hit on the counter. The ball is played in to Müller in the box but fortunately his lob over Pentke sails over the crossbar too.

Brilliant counter by TSG. Bruun Larsen dribbles into the box and squares to Grillitsch, who immediately feeds Bebou. The Togo forward goes past Boateng and shoots, but his strike takes a last-second deflection and flies narrowly over.

Zuber hits a terrific volley towards the top corner from the edge of the box, but Neuer brilliantly claws the ball away.

There goes the next huge chance for TSG. Baumgartner sensationally dribbles the ball half the length of the pitch and surges into the Bayern box, but with only Neuer to beat his shot goes narrowly over the bar.

Bayern put the game beyond Hoffenheim against the run of play. Lewandowski times his run to perfection and heads home a corner-kick from close range.

Hoffenheim win the ball back in the final third of the pitch and Zuber squares to Dabbur, who turns past Boateng well and beats Neuer from close range.

That was almost another! Dabbur finds himself totally unmarked in the Bayern box as a cross is whipped in, but his header flies agonisingly wide of the upright.

Rudy crosses the ball into the centre from the right and Pavard scuffs his attempt at a clearance. The ball hits the post and bounces back into the danger zone, where Dabbur is on hand to tap home.