The second half of the season got off to a less-than-optimal start for TSG Hoffenheim as they were beaten 2-1 (1-0) by Eintracht Frankfurt on Matchday 18. The hosts had levelled through Konstantinos Stafylidis in the second half, but SGE re-established their lead against the run of play and held on for the win. 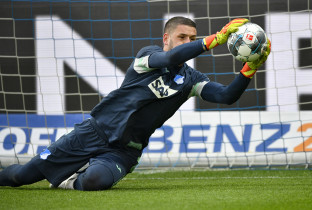 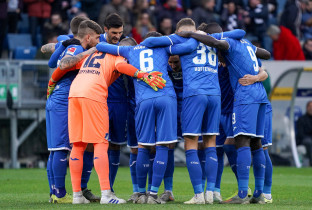 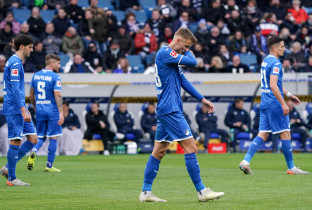 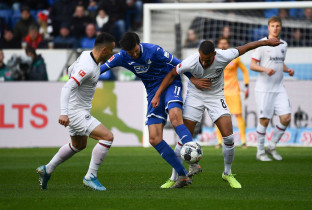 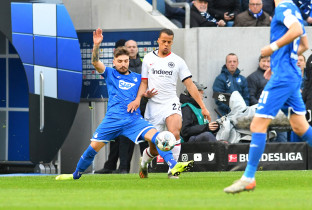 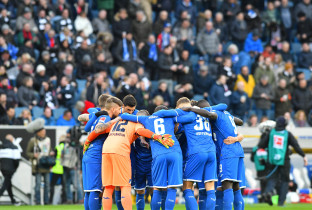 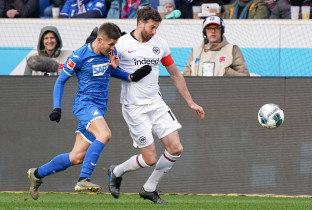 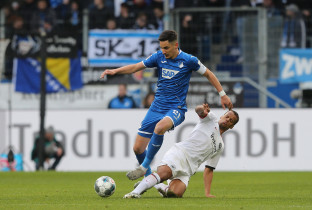 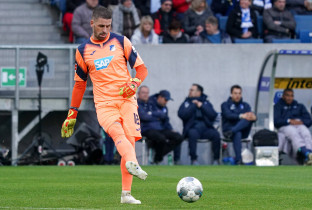 For the first game of the New Year, TSG Hoffenheim made three changes to the starting XI that had beaten Borussia Dortmund 2-1 in the final match before the winter break. Philipp Pentke replaced the injured Oliver Baumann between the sticks, while Benjamin Hübner and Håvard Nordtveit kept their places at the heart of defence. The two other personnel changes came at full-back, with Stefan Posch in the right-back berth and Konstantinos Stafylidis on the opposite flank. Alfred Schreuder opted for Florian Grillitsch, Sebastian Rudy and Dennis Geiger in midfield, while the trio of Ihlas Bebou, Andrej Kramarić and Christoph Baumgartner kept their places up front.

Forward Munas Dabbur made his competitive bow for TSG at the beginning of the second period when he replaced Bebou. At that point, TSG switched to a back three with Posch moving inside and Rudy filling in at right-back. Schreuder made another switch on the 69-minute mark, withdrawing Geiger for Sargis Adamyan. Kramarić subsequently dropped back into midfield, with the Armenian taking his place up top. In the closing stages, Jürgen Locadia replaced Posch as Hoffenheim went all-out attack (82).

The 76th minute: the TSG supporters were already jumping up in celebration when Adamyan beat goalkeeper Trapp with a shot following a corner, but Ndicka was on hand to clear the ball off the line.

Konstantinos Stafylidis scored his first competitive goal for TSG Hoffenheim in the 48th minute of the match.

Gacinovic sprints unchallenged down the right flank and crosses into the centre towards Dost, who beats Nordtveit to the ball and fires Frankfurt ahead.

TSG are caught napping by a long ball and Gacinovic goes clean through. He tries to square it again but Hübner clears with Dost lurking. That should've been 2-0.

The resultant corner is taken short and Frankfurt go close as Kostic surges into the box and thunders the ball against the bar.

Hoffenheim go close when Hübner heads goalbound from a corner, but Trapp claws the ball away from the top corner.

Frankfurt fail to clear properly following a corner and the ball falls to Stafylidis, whose first-time shot with his left boot from 25 metres out rockets into the net. Great goal from the Greece international.

Another chance for TSG, but this time Kramaric heads narrowly over following a corner from the right.

Frankfurt go back in front out of the blue when Kostic crosses from the left towards the back post. Chandler wins the aerial battle with Stafylidis and leaves Pentke with no chance from close range.

The hosts almost equalise when Adamyan shoots following a corner. Trapp is beaten, but Ndicka clears off the line.