Robert Skov has established himself as a first-team regular since joining Hoffenheim from FC Copenhagen in the summer. An attacker by trade, the Dane plays further forward on the right for his country but has converted to left-back in Sinsheim. In an interview with achtzehn99.de, the 23-year-old discussed his first few months at TSG, the change of position and his objectives before Christmas.

You won six competitive matches on the bounce but have since taken one point from two home games. What's the mood like?

"We're not satisfied with those two matches. But the mood in the changing room and at the club is good, we're very focused in training and on the right track. We're still a new team and yet our start has been good. But we want more, to put in more good performances and to get points on the board. We haven't managed to do that in the past two matches and we're not happy about that."

What are your objectives before Christmas?

"There's no fixed target in terms of points. We go into each game with the aim of winning. To achieve that, we need to get even better as a team – and we train to that end in every session."

You moved to TSG in the summer from Copenhagen. Since then you've helped the senior national team qualify for EURO 2020, established yourself as a Bundesliga regular, scored a dream goal, claimed three assists and learned a new position. Are you satisfied with the first few months in Germany?

"I feel very happy at this club. I'm playing at the highest level in the Bundesliga, it's a lot of important experience for me. I've learned a lot in a short space of time in Hoffenheim; I'm now playing at left-back rather than on the right wing. There's still a lot to take in, but I'm very happy to be at TSG. The players and staff are very nice, TSG is an awesome club."

You speak very good German. Did you already speak German that well in Denmark or have you learned it over the last few months?

"It's obviously gotten a lot better since I've been here. I speak a lot with the lads, that's a big help. I learned German at school up until five years ago, but afterwards I barely spoke it anymore and I forgot a lot of things. But now I'm learning something new every day." 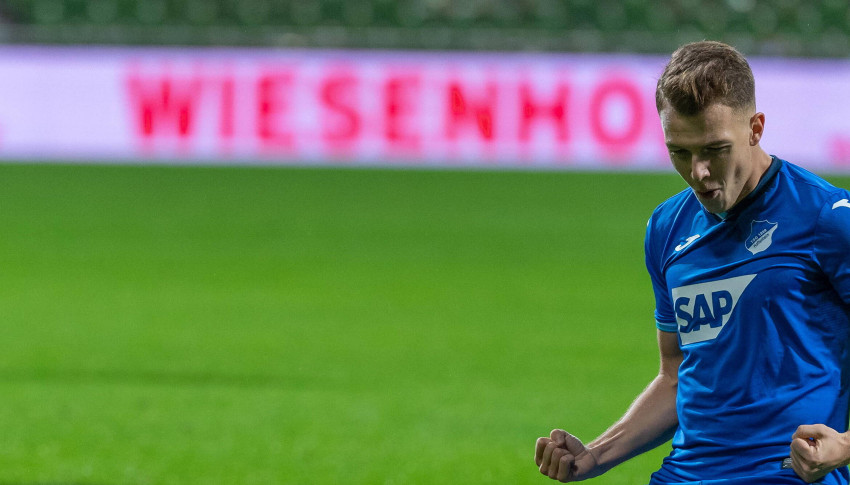 Geiger makes Team of the Round