TSG Hoffenheim lost their final pre-season friendly 2-1 to Spanish giants Sevilla on Saturday, despite having taken a 30th-minute lead through Vincenzo Grifo. It was an entertaining day all round for the supporters, who enjoyed the numerous activities organised around the PreZero Arena as part of the official event to mark the start of the new season, which begins next weekend with a DFB Cup First Round tie away to Würzburger Kickers. 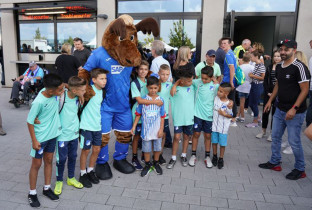 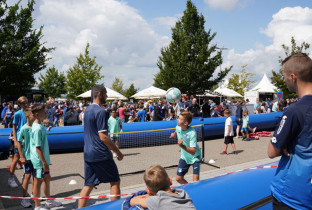 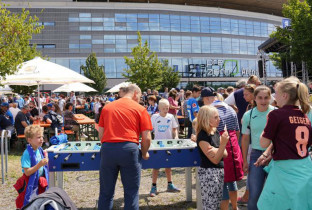 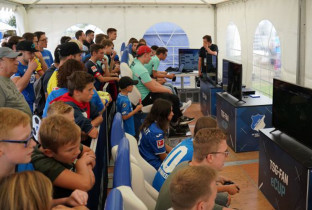 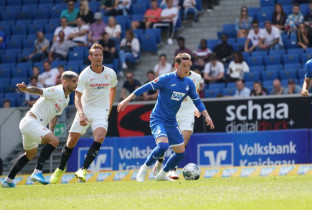 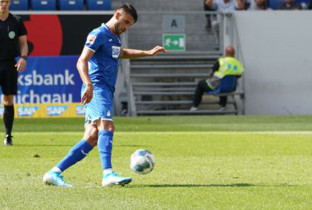 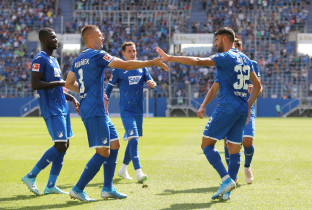 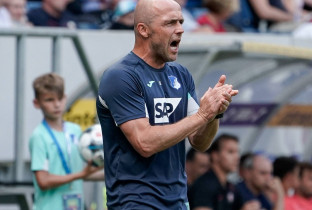 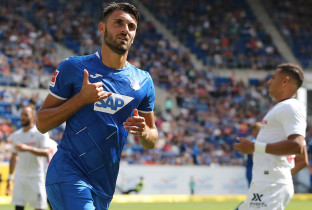 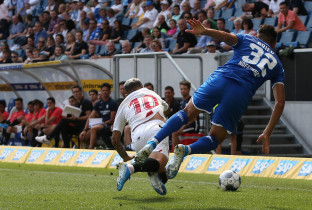 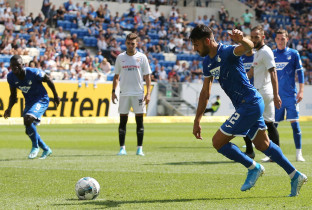 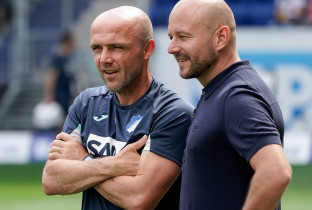 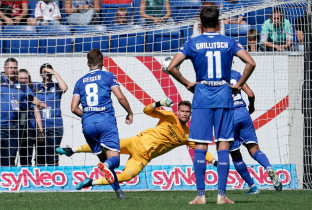 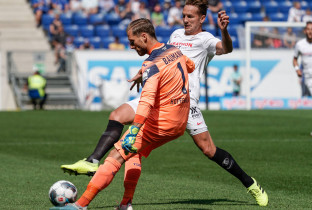 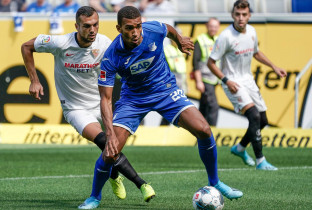 Sebastian Rudy was the main topic of conversation as the TSG fans made their way to the PreZero Arena. But while the supporters were enjoying the various activities on offer around the stadium as part of the official season opening event and simply hoping they might get a chance to see the returnee in action at some stage, the 29-year-old knew he would in the starting XI against Sevilla on Saturday afternoon.

Alfred Schreuder opted to include Rudy from the very start of the final pre-season friendly, and the fans loudly shouted the name of the new Hoffenheim number 16 as the line-up was announced before kick-off. The midfielder featured alongside a mixture of former team-mates and new faces against the sixth-placed side from last season's La Liga: goalkeeper Oliver Baumann was protected by a back three of Kevin Akpoguma, Benjamin Hübner and Stefan Posch, while Pavel Kaderabek and Steven Zuber began on the flanks. Rudy, Florian Grillitsch and Dennis Geiger occupied the central midfield roles, with Vincenzo Grifo beginning alongside Ihlas Bebou in attack. Andrej Kramaric and captain Kevin Vogt missed out through injuries, with the armband instead worn by Benjamin Hübner.

Rudy missed an opportunity to mark his return to the Kraichgau – watched by 11,370 spectators at the PreZero Arena – with a goal on the 13-minute mark. Another good chance followed in the 18th minute, only for Geiger to be kept out by Sevilla shot-stopper Tomas Vaclik. The Europa League record holders, who had the likes of Simon Kjaer, Jesus Navas, Ever Bandega and Luuk de Jong in their starting XI, dominated the period that followed and went close with several speedy attacks.

But it was the home side who eventually broke the deadlock through Grifo on the half-hour mark, the Italy international elegantly chipping Vaclik from the penalty spot. The Spaniards were only behind for nine minutes, however, with a Munir shot taking a deflection off Benjamin Hübner and flying into the net.

Sevilla gained a stronger foothold in the game after the break and took the lead through Banega on 50 minutes, but the period that followed was an even contest with chances at both ends. Alfred Schreuder, who was making his debut as head coach in the PreZero Arena, made a double substitution in the 63rd minute, with new signing Robert Skov and Lukas Rupp replacing Grifo and Geiger. Hübner was replaced by Lucas Ribeiro eight minutes later and TSG switched to a back four with the Brazilian in a defensive midfield role. Schreuder shuffled the pack again in the 83rd minute, introducing the young Ilay Elmkies for Grillitsch, but there were to be no further goals.

Autograph signing session with the players

The defeat did not impact the atmosphere in Sinsheim one iota, however. The fans enjoyed the day put on by TSG and had good fun participating in the numerous activities. The new Joma shirts garnered lots of attention too, with the fan shop full to the brim. Many supporters were buying the new shirts in the hope they might get them signed by the likes of the returning Rudy, the other summer arrivals or the familiar faces from last season at the post-match autograph session.