Ishak Belfodil has been in fine form for TSG Hoffenheim since the winter break. The Algeria-born forward, who grew up in a suburb of Paris, has already played for nine professional clubs in five different countries in his career. But despite his numerous overseas experiences, the 27-year-old former France youth international still enjoys a very close connection to his adoptive homeland – and still benefits from the experiences he had there in his younger years. 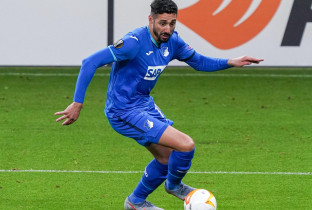 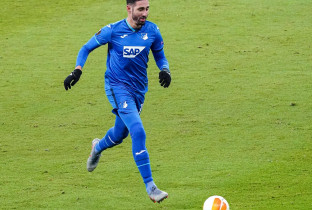 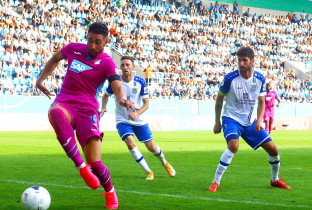 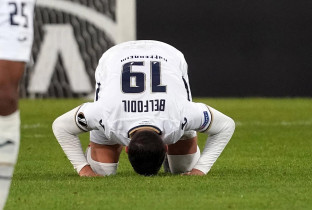 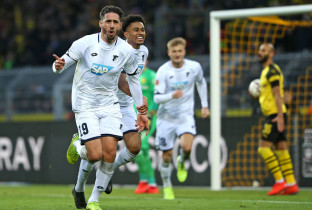 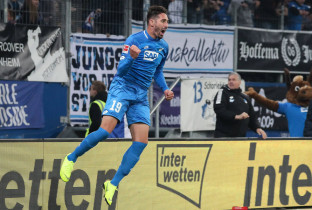 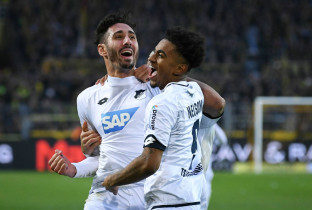 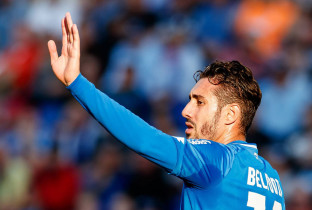 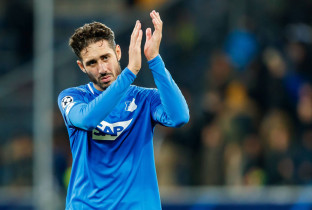 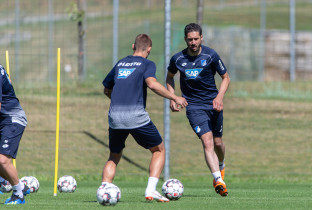 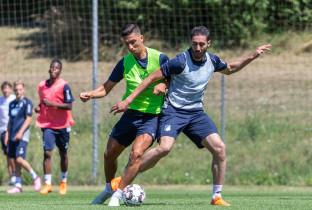 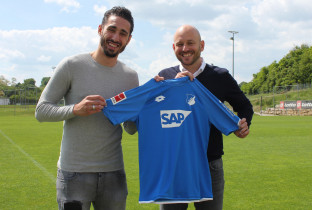 Ishak Belfodil has felt at home in lots of different places, but none more so than the town of Élancourt where he grew up. That might seem strange to outsiders given that the 27-year-old has already lived in Lyon, Bologna, Parma, Milan, Abu Dhabi, Liege, Bremen and Heidelberg. Élancourt, a suburb on the outskirts of Paris, might sound like the sort of place you'd be happy to leave behind. Belfodil has certainly earned enough to move his family, which includes three sisters and two brothers, away from the by no means harmless suburb. But neither he nor they want to leave. His love for the place where he grew up is deep-rooted and long-lasting. "I had a nice childhood there, even though we didn't have much. The local children and I constantly played football, we had a lot of fun. Despite the fact there were people there who got into mischief because of poverty, unemployment and a lack of prospects."

He might be a Bundesliga star in Germany, but in Élancourt he's just Ishak. Belfodil, who was born in Algeria, enjoys returning to the suburb of 25,000 people, 30 kilometres outside Paris and a world away from the life of a professional footballer. He is still a welcome member of the community, which he describes as being "of Arabic and African character". He, like everyone there, once ran around barefoot, owned nothing and endured tough times. "When I come back, I'm not a star. No-one would say that, I don't go wearing jewellery etc.. I just have an expensive car, but I don't show it off. The other lads still have lots of images in their minds about my childhood and how we used to live. I haven't changed. They're delighted for me that I made it. The fact I did makes them feel a bit like they made it as well."

"I had to work twice as hard outside my district"

His hometown made the first forays into working life very difficult for many of his former companions. For Ishak Belfodil however, it was an aid, a drive, a constant incentive. "I knew I had to work twice as hard outside my district to get the same opportunities. You have to work harder, because you don't start at the same level as many others. But I also knew you ultimately get the reward if you deliver the performances. Then there's the fact you're not solely thinking about yourself but also your whole family, where there are many people who are worse off. Football offers an opportunity to make things better for everyone. Perhaps my motivation was therefore higher than that of other talented players."

His focus has been consistently on his career throughout. There was no distance too far for Belfodil when he started out – not on the pitch and not when it came to choosing an employer. He started his life as an explorer at the age of 18, first heading to Italy and then relocating on an annual basis as he joined clubs in the United Arab Emirates, Belgium and ultimately Germany. Then there were appearances for France at youth level before he made a U-turn in 2013 and chose to represent Algeria. What was once a destitute life had become a relentless one. Ishak Belfodil came on leaps and bounds – both on a sporting and a personal level. "That time has shaped my character. I now speak fluent French, Italian and Arabic, as well as good English and a little bit of German. I've learned a lot, got to know lots of mentalities and seen a lot. It's not as if I was fearful in my younger years, but nothing intimidates me all that quickly any more due to my experiences." They are aspects that have proven useful in the changing room too. "Within the team, it's helpful to be able to speak so many languages and to know how people think. I know the mentalities of the lads and I understand their actions – perhaps better than somebody who has only lived in Germany in their life and meets players of lots of different nationalities."

His move to the Bundesliga was carefully thought through, although his friends and family did express reservations, as he laughingly recalls: "We see Germans as being rather cold, very serious and disciplined. Obviously, that's quite a stereotypical view, but there's something to it. That said, it does help me: if you agree to meet someone in Algeria or perhaps even in France too, then you can turn up a quarter of an hour late. The others are relaxed about it. Here you get the feeling that you've done something to someone." Belfodil experienced the German predilection for punctuality and discipline at an early stage of his TSG career. He and Joshua Brenet were omitted from the squad for the first Champions League match away to Shakhtar Donetsk because they had missed a video training session. A bitter "disciplinary measure" but one that served as a learning curve, as Belfodil admits. "That was important, since then I've never arrived late. Here, training begins before training. You need to be well-prepared and you need to be mentally ready too. I like this mentality, it does me good."

Belfodil is happy to have made the switch to TSG. Although he is critical of some of the many moves he has made, his career has developed in a way he is satisfied with in recent years. Abu Dhabi, Liege, Bremen, Hoffenheim – each transfer has been a step forward for the former French youth international, who has now made 17 appearances for Algeria. Moments such as his opening goal against Manchester City, which he labelled "the best moment of my career"; the match against former club Olympique Lyon, where he came through the youth ranks; or his brace from the bench in the 3-3 stalemate in Dortmund – they have all been highlights. Belfodil is aware of the particular advantages his club offers players like him. "We always play offensively and always create chances. That is what always enables moments where I can showcase what I can do – whether I'm a striker, in the hole behind or on the wing."

For that reason, he would be happy to stay at his current club for the foreseeable future. His wife has moved to Heidelberg with their two children, the eldest of whom is attending a French school. But Ishak Belfodil has learned that you can never rule anything out – "not in life and definitely not in football". That's why he doesn't think much of the pledges of loyalty that are commonplace in the Bundesliga. Honesty is the best policy, even if it is not always well-received. "I feel very comfortable here, I'm happy to be at TSG and would like to stay for a long time. On the other hand, I've always tried to take the next step and improve throughout my life. In this industry it's a case of business meets pleasure. It's normal to reflect on every offer. The romanticism of football disappeared for me a long time ago."

That's another reason why the trips to Élancourt always do him good. In the place where it all started, where football was always played in such carefree fashion, he still enjoys a kickabout with old friends. They are important moments for Belfodil and he tries to draw on them in his professional career. "It used to be all about fun. Now it's a job, you earn money from it and it's all become more serious. But I want to enjoy every second with the ball. I try to retain an element of that and often think about my childhood passion. Because when you're having fun, you play better. Enjoyment is the basis for success."

Now more than ever: Thank you to the voluntee...