The ghost goal scored by Leverkusen's Stefan Kießling at the Rhein-Neckar-Arena went down in the history books. Achim Heinlein, the Referee Liaison Officer at TSG, recalls that fateful decision by referee Dr. Felix Brych and the furore that followed. 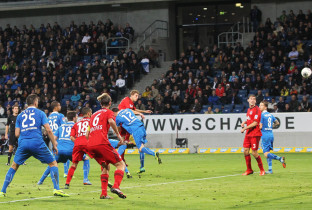 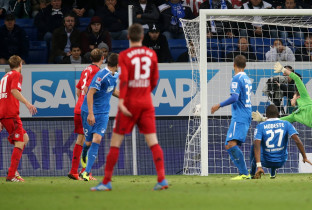 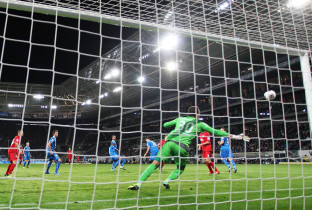 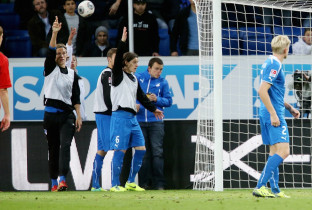 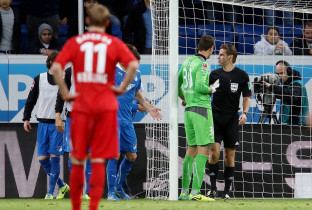 The Internet is known for being a merciless place that lets nothing be forgotten. One such incident that will remain forever etched in the memory took place on 18 October 2013. "Ghost goal – the most bizarre goal in football?" is the name of the YouTube video. Around five million people have seen it for themselves, clearly and from every conceivable angle − and they could see what match referee Dr. Felix Brych seemingly could not that evening at the WIRSOL Rhein-Neckar-Arena in Sinsheim. A corner by Leverkusen's Gonzalo Castro was met by Stefan Kießling, who rose above his marker, Hoffenheim's Tobias Strobl, on the edge of the six-yard box at the near post and sent a header into the side-netting. Or did he?

A minute later, the whole stadium knew that something unprecedented had happened. "I just thought: oh sh...this is going to be tough," said Achim Heinlein. The 51-year-old, a TSG fan through and through, was furious about the ghost goal, at conceding a goal that never should have stood, but that evening he suffered at least as much as Felix Brych did. For Heinlein has been responsible for supervising referees at TSG since 2004. He has accompanied many match officials, all the way from the Regionalliga to the Bundesliga, and at that time he had known Felix Brych for a while. "A nice guy, relaxed, always with a witty remark to make," said Heinlein of the 43-year-old, who is now a World Cup referee. "But at that moment, Felix was as unlucky as can be," says Heinlein today. "It was brutal, and he was more annoyed than anyone else." He knows that incident off by heart – the hole in the net, the ball happening to land in that very spot and finding its way through into the goal.

"I didn't see anything from the bench"

It was an incredible combination of improbabilities that made the whole thing almost look like a magic trick. Anyone who watches the ghost goal today can see a look of bemusement plastered on the face of Stefan Kießling; the disbelieving looks of everyone involved when the ball lands in the net; the reticent celebrations of the visiting team; few protests, at least initially, from Hoffenheim; and, last but not least, a referee who allowed the goal to stand despite having a clear view of the incident. After all, the ball was in the net. "I didn't see anything either from the bench," admits Heinlein. "But when I saw the replay it was immediately clear." By then, though, it was too late. Felix Brych had to get through another 20 minutes knowing that something had gone incredibly wrong.

And when the final whistle sounded, Achim Heinlein knew he was going to be in for a rough ride. "There was a unique commotion," recalls the Hoffenheim man. "Everyone wanted to get to him, everyone ran to him – and I was the battering ram protecting him." TSG players like Eugen Polanski, officials, media representatives − they all wanted a piece of Brych. And few of them had good things to say at that moment. "There was a crazy atmosphere. It was getting a little bit rough at that moment. Referees are already critical enough of themselves," explained Heinlein. As was Brych on that fateful evening. Heinlein accompanied the team of match officials into the changing rooms, initially leaving them alone. "They needed to cool down," he explained. Upon returning to the changing rooms, Brych and his linesmen "really didn't want to have to go back out," recalls Heinlein.

Protest to have the match annulled unsuccessful

But they had to. Not by the usual route, though. "There was commotion everywhere," said Heinlein. "The journalists were jostling and you didn't know if there were going to be some outraged fans lurking outside." The ghost goal scored by Kießling, which was officially recognised as a goal, decided the game in favour of Leverkusen, who won 2-1. It was undoubtedly a blatant injustice. Heinlein smuggled Brych out of the stadium and back to his hotel with the help of the police. Usually, the match officials tend to stay overnight after evening games. But not this time. "Felix just wanted to go home," said Heinlein. And so the Munich native jumped in his car and drove the 320 kilometres back to the Bavarian capital that night. Time to be alone, to think things over, to switch off.

Meanwhile, all the parties involved − including Bayer Leverkusen coach Sami Hyppiä − were calling for the introduction of video technology. However, TSG's protest to have the match annulled fell on deaf ears and went down in the history books as a 2-1 defeat, with the DFB panels opting to let Brych's so-called factual decision stand. "Nowadays, and in part because of that evening, we have goal-line technology," says Heinlein. "And we're in the football history books." But the Hoffenheim man would prefer not to be, as he explained: "I don't want to experience something like that again."

An edition of SPIELFELD is published once a month. It's full of important stuff – what's happening at TSG, around the club and in the region. If you don't want to miss out and want to stay up to date, then get our monthly magazine delivered to your home – and the first six months are free of charge. To sign up, visit: