The thoughts of the coaches and players following the 3-1 defeat to Braga on Matchday 5 of the Europa League. 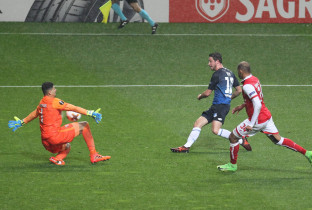 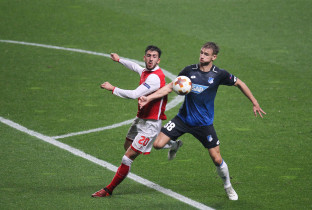 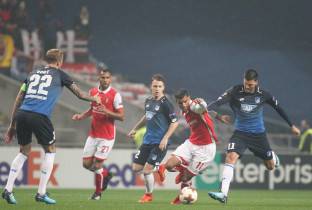 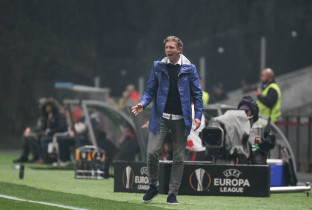 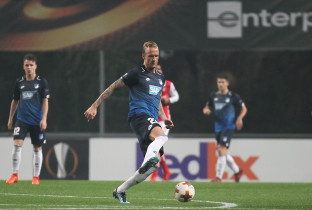 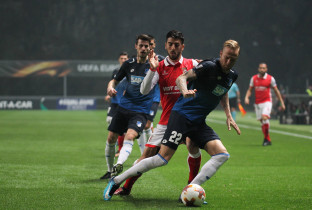 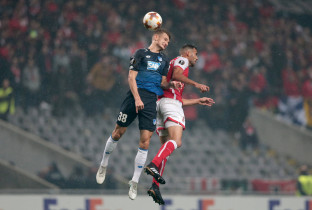 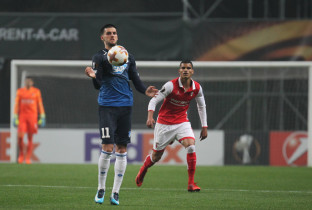 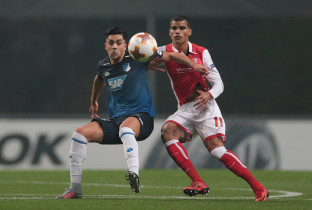 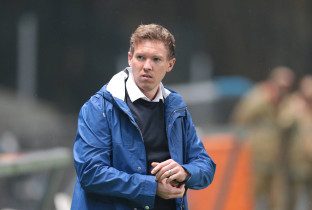 Julian Nagelsmann: “The early goal that we conceded obviously played into Braga’s hands. We didn’t defend well at all for the goal, even though we knew that we would have to be alert from the start. We didn’t get many chances before the break to equalise because we often played too directly. To win here you need to have a good day and we didn’t have that today. The first 25 minutes after the break was really good. We put them under a lot of pressure but we had the same problem that we have often had in this competition – we couldn’t convert our chances. We had two golden opportunities. We had some good chances but we let it slip at the back and conceded two silly goals. That’s the reason why we lost. In the first half, the effort and passion that we showed wasn’t befitting of an away game in the Europa League. That was also partly the case in Ludogorets and in the home game against Braga. The Europa League is over and done with now and now we need to focus on the Bundesliga."

Mark Uth: “We are all really disappointed. We had a good gameplan and we wanted to win today to give ourselves a chance of progressing. We conceded the early goal and we were then behind for the majority of the game. We did well to equalize but then we gave the ball away sloppily twice which led to their two late goals. It wasn’t so much a failure today as it was at home to Braga and at Razgrad. We were the better team in both of those games and we should have won them both."

Kevin Vogt: "I am just disappointed. We haven’t collected the points so we are now out. We conceded a goal against a side that were looking to defend in the first minute. That made the comeback a lot harder. Despite that, we had the chances to win today. Braga counterattacked well for the second goal but we were the masters of our own downfall for the third one. That was that after the third goal went in. It’s not enough just to play the better football. We have to be more consistent on the international stage – both in attack and defence. In the Europa League, every mistake that you make is punished accordingly."

Stefan Posch: "It hurts a lot. There was for us to take from this group but we didn’t show our qualities enough. As a result we are deservedly out. The early goal was tough to take – we just fell asleep. We fought hard to come back and got the equaliset but their second goal hurt a lot as well."

Adam Szalai: "The red card was just a reaction to the fact he had been holding onto my shirt for a very long time. I definitely caught him but I don’t think it was a red card. I just wanted to get myself free and I did not see it as violent conduct. I don’t want to anaylse it any more than that. I am disappointed, but obviously somewhat pleased to come back after four weeks out If you lose twice to Braga then you do not deserve to progress."

Dennis Geiger: „Conceding in the first minute was a bitter pill to swallow. As a team we didn’t start the game well, we made too many mistakes and let them counter far too easily. We lost the ball a lot and we didn’t make the right choices when building from the back and with our own counter attacks."

Kerem Demirbay: "Braga were basically just cleverer than us today. They used our chances and we didn’t-. We lacked emotion and hunger in that first half. We did well after the break to get the equaliser but then we carried on making errors. Their second goal was too easy. It was not a good evening for us but we have to clear our heads again as quickly as possible. It’s now all about Hamburg on Sunday."