TSG remain unbeaten in the 2017/18 Bundesliga season after coming from behind to beat Mainz 05. Latza and Muto had put the hosts into an early lead but goals from Amiri and Wagner brought Hoffenheim back on equal terms before half-time. Mark Uth recorded his sixth goal against Mainz in stoppage time to secure all three points for TSG. 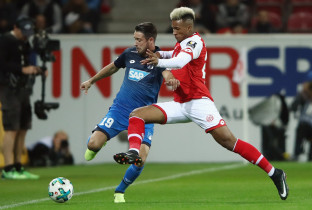 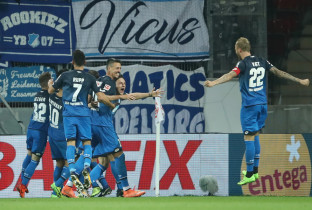 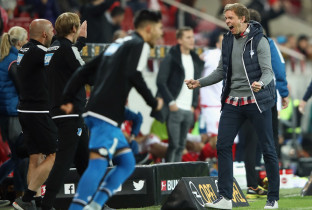 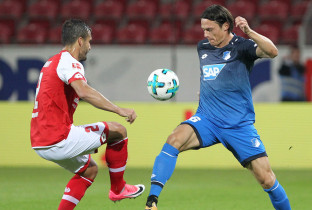 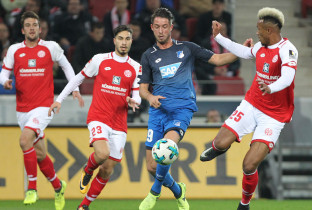 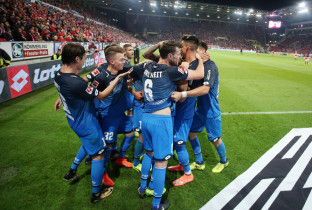 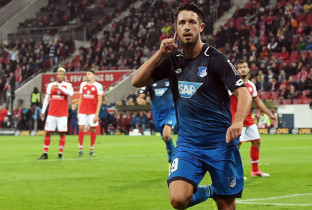 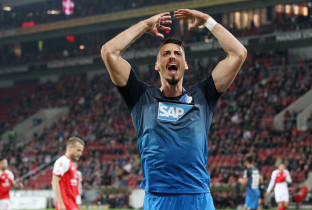 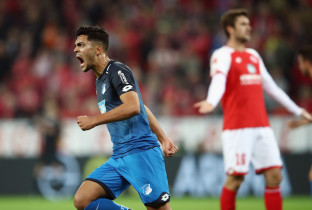 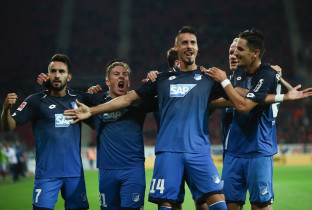 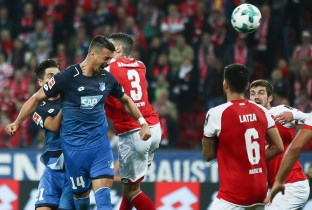 Wednesday evening. Mainz. Matchday. The floodlights are on and Julian Nagelsmann sends out a strong team against Sandro Schwarz and his Mainz side - Oliver Baumann, Havard Nordtveit, Lukas Rupp, Eugen Polanski, Sandro Wagner, Nico Schulz, Nadiem Amiri, Mark Uth, Benjamin Hübner, Kevin Vogt and Felix Passlack. It was Nico Schulz’s full debut; the 19 year-old was one of five changes from the team that drew against Hertha on Sunday.
It was a familiar tactical set-up with a 5-3-2 formation. Three at the back with Nordveit, Vogt and Hübner with Passlack and Schulz operating as wing-backs. Captain Polanski manned the midfield in a number six role with Amiri and Rupp ahead of him. Uth and Wagner started up front. When Hoffenheim had the ball, Vogt moved up with the team, playing an important role in constructing the team’s forward play.

Kerem Demirbay came on for Felix Passlack at half-time, playing as an attacking midfielder so that Rupp moved out wide. This marked a more offensive phase in the game, especially after Andrej Kramaric came on for Eugen Polanski. Demirbay shifted back to a more defensive position. Amiri was substituted after 77 minutes and Dennis Geiger took his place, playing in central midfield, allowing Demirbay to move forward.

It has to be Nadiem Amiri's goal to get us back in the game at 2-1. It was TSG's first shot and it came from some delightful one-touch link-up play. Polanski heads the ball into Amiri's path and the midfielder brilliantly volleys the ball home. A wonderful goal and one that really woke the team up, with their rally ultimately crowned by Mark Uth's last-minute winner.

TSG have now played five Bundesliga games in the 2017/18 season, and haven't lost any of them. There have been two wins and a draw at home, while Hoffenheim have collected four points from their two away matches. Julian Nagelsmann's side currently have eleven points in total after five matchdays.