The second leg of the UEFA Champions League playoff against Liverpool FC is approaching. The game against the “Reds” kicks off at Anfield on Wednesday at 20:45. TSG head coach Julian Nagelsmann and achtzehn99.de look ahead towards the match. 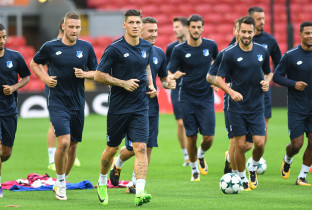 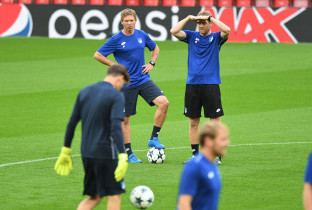 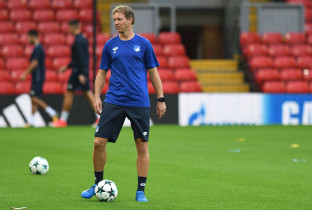 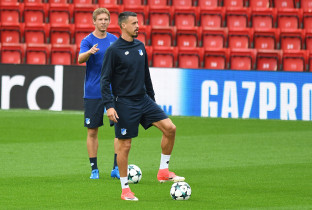 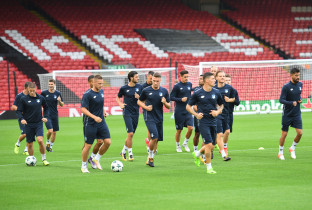 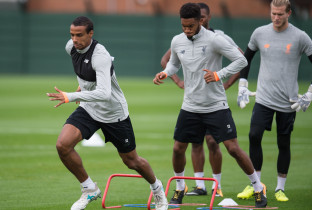 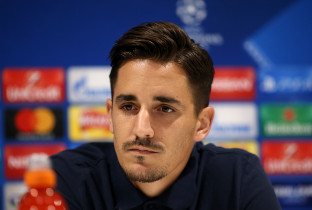 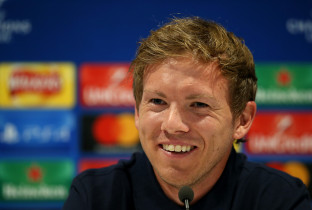 I am not sure what to expect from Liverpool. They know that they have the lead in the tie and don’t necessarily need to score. They will want to see how well we are playing and whether or not we are creating chances for ourselves. If we score the first goal, that would completely change the complexion of the match.

I have all my players at my disposal. All are able to play, although not all of them have flown with us. It is my job to make decisions and some players will inevitably be disappointed. That is certainly not the nicest part of my job. The whole team came away from the game against Werder feeling good, and yesterday we had the entire squad training.

...the sporting occasion I.

Our number one priority is to score two goals. Then we will have to see whether Liverpool score any. I don’t need to take the team through all the possible scenarios. My players are intelligent enough to understand the situation.

Tomorrow we will be playing in a place that is steeped in history; on a pitch that has been graced by many great players. Tomorrow, we want to put in a big performance on this ground. We are not going to freeze up; we are simply going to enjoy the occasion. There is great anticipation amongst the squad. There is no reason to be intimidated by the big names in the opposition’s team.

There is no danger of my team getting ahead of themselves. We cannot afford to let that happen. We want to get through the playoff. This is our only thought at the moment. At the same time we must keep a cool head, and remain patient and disciplined. We showed last season, and last time out against Werder, that we are capable of doing this.

We are not going to practice penalties. The guys can do that in their own time. In this respect, Gregor Kobel is a simply crazy goalie, as he encourages the players to drill penalties at his goal for 30 minutes after every training session. Ultimately though, it doesn’t come down to technique, but to mental strength in the middle of a huge, loud stadium. We cannot replicate that situation in Zuzenhausen, not even if we have Alexander Rosen and the entire staff yelling from the first floor windows.

I think German football wants us to get through. It wouldn’t shock people, but for many it would definitely be a surprise. We firmly believe that we can pull it off here tomorrow.

The contest so far

#DASZWEITEMAL. In the first leg last Tuesday, TSG put in a strong performance in front of their home crowd in the WIRSOL Rhein-Neckar-Arena, as they lost 2-1.

Liverpool are still undefeated this season, having drawn 3-3 with Watford in their first Premier League game, before winning in Sinsheim and beating Crystal Palace 1-0 at Anfield. Jürgen Klopp’s men are clearly in good form. But so far, the team’s performances have not been too well received, as Liverpool fans this year seem not to have taken to the typical “Klopp football” style.

TSG need at least two goals, in order to overturn the deficit from the first leg and progress to the Champions League group stages. An early goal in Liverpool would be invaluable. But if that doesn’t happen, TSG must remain patient. All out attack is never a good idea at Anfield. If TSG forget to guard against counter-attacks and keep their defensive balance, they will struggle to deal with Liverpool’s pacey front line of Roberto Firmino, Sadio Mane and Mo Salah. Legendary coach, Otto Rehhagel would undoubtedly recommend utilising the winning formula of a “controlled offensive”.