After 90 intense minutes in Bremen, TSG came away with a point. Andrej Kramaric put TSG ahead after ten minutes, Werder equalised just moments later through Djilobodji. Hoffenheim had to play the last 13 minutes of the game with ten men after the goalscorer was sent off for a second yellow-card offense. They held out and the game finished 1-1. 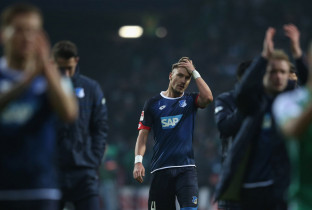 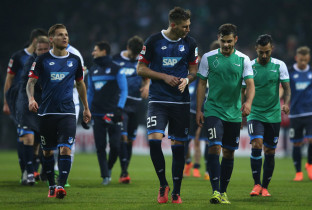 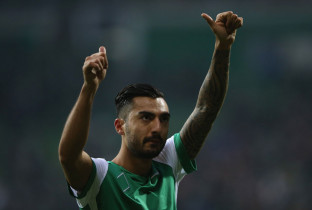 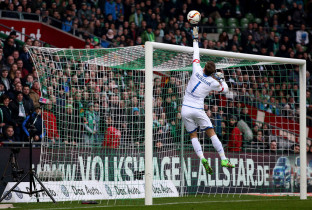 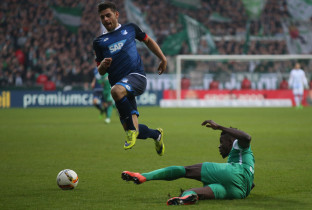 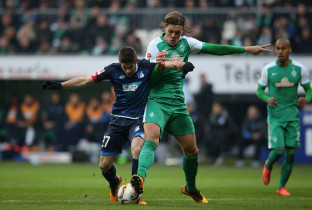 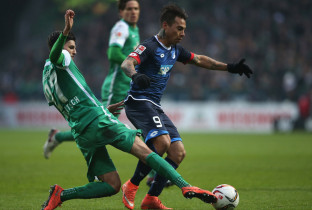 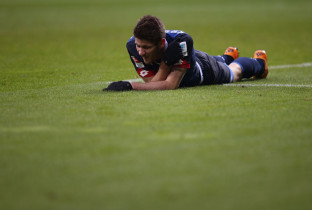 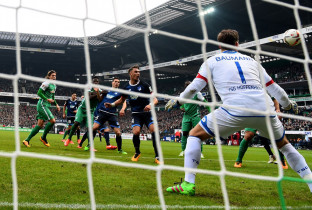 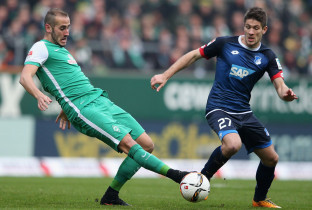 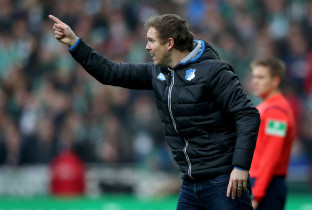 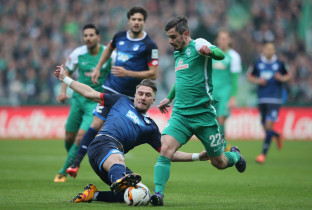 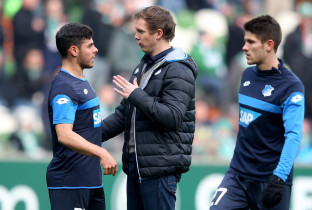 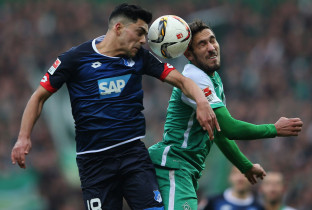 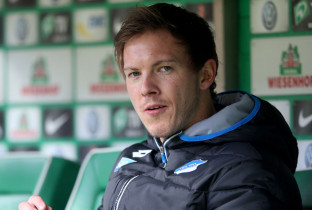 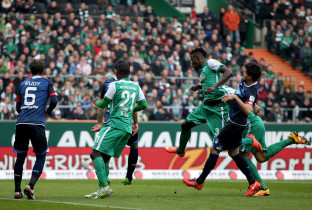 Tactics and line up

Newly appointed manager Julian Nagelsmann introduced Philipp Ochs into the TSG starting XI: A debut for the youngster, who started on the left wing. Nagelsmann set his team up in a 3-5-2 formation. Alongside Ochs in the midfield were Kevin Volland, Sebastian Rudy, Tobias Strobl and just ahead of them Nadiem Amiri. In behind, a back three of Fabian Schär, Niklas Süle and Ermin Bicakcic lined up in front of Baumann. The front two? Andrej Kramaric and Eduardo Vargas.

The players - especially across the midfield - changed position quite frequently in response to changes in possession. Tobias Strobl, in particular found himself drifting in and out of the defensive line.

In the 65th minute, TSG made their first substitution: Jiloan Hamad replaced Sebastian Rudy - a daring decision from Nagelsmann to bring on another attacking player midway through a sustained spell of pressure from Werder, but a clear sign of what needs to be done. Ten minutes later, he brought on Jonathan Schmidt in place of Philipp Ochs. 13 minutes from time, Kramaric was shown a second yellow card and is sent off and shortly after, Eugen Polanski came on for Amiri. With one man fewer, TSG held out for the point with a back four - and the rest; it was all hands on deck at the back towards the end.

TSG started the second half promisingly, but on the hour mark, Bremen take the initiative again. What does Julian Nagelsmann do? Takes off a defensive midfielder for a number 10. A taster for the remaining 13 games. Attack is the only way. Only courage will win us points.

Number of the Match: 1

It was head-coach Julian Nagelsmann’s 1st game in the Bundesliga, and he has already picked up his 1st point as TSG boss. Andrej Kramaric scored his 1st goal for Hoffenheim, soon followed by his 1st sending off. As they say, there’s a first time for everything. 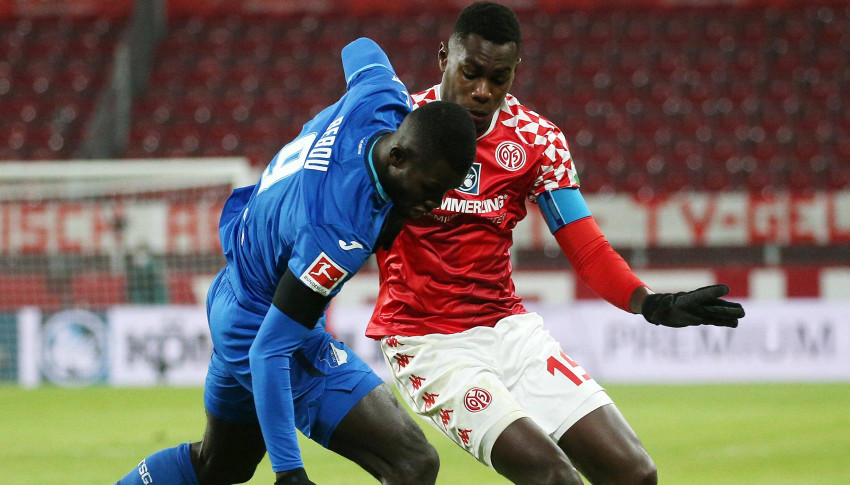 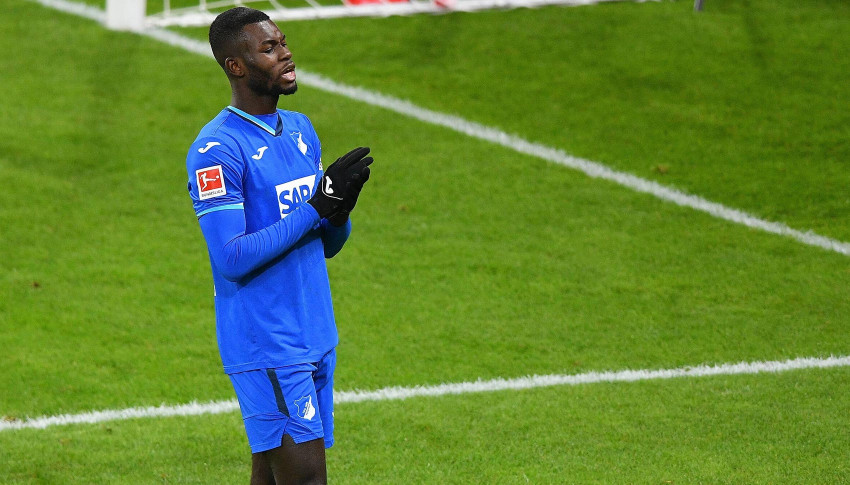 Bebou: "We have to settle for the point" 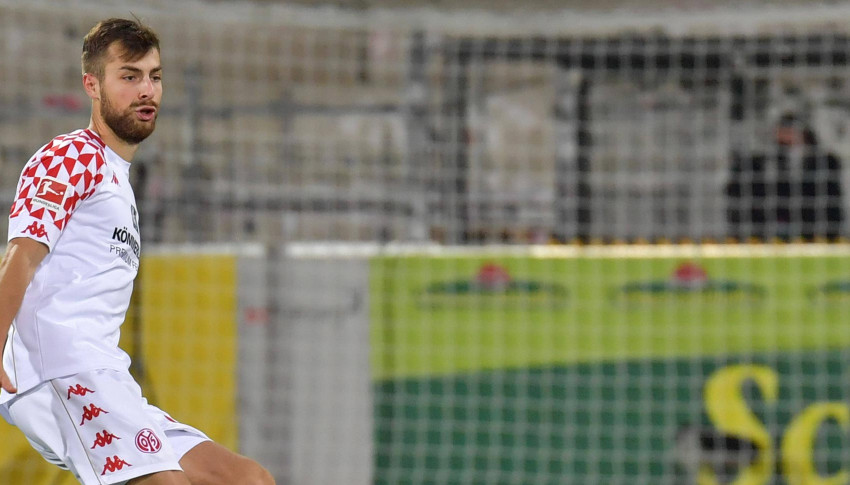 Hack: "We have to shift up a gear"