After the performance tests and the team presentation as a prelude to pre-season for 2015/16, Hoffenheim travelled to Westerburg on Monday for their first training camp. The conditions are perfect – summer weather, a view of the lake, fitness and football. 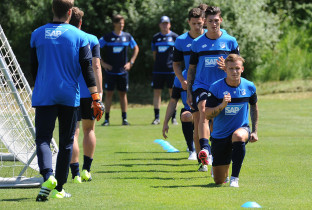 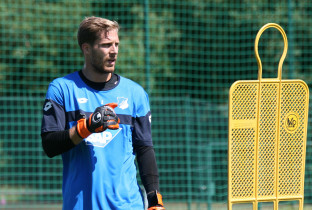 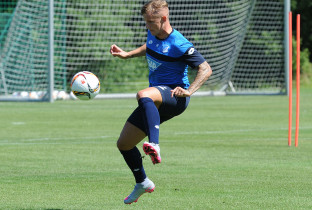 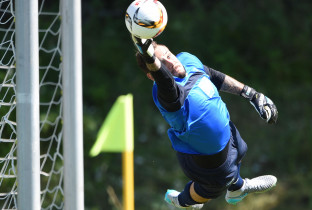 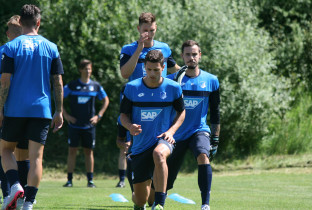 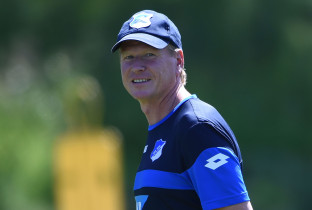 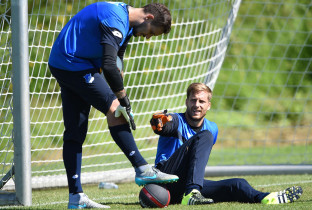 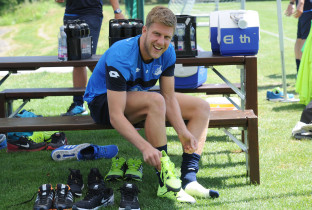 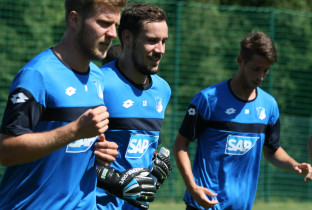 Two training sessions on the pitch, as well as a fitness session, were planned for the first day. Fitness coach Christian Weigel, a new arrival on the coaching staff, led the sessions. The four days in Westerburg primarily serve to work on the players’ fitness. “This is mainly about finding a good starting point and getting the players used to training again after their weeks off. The new players maybe don’t know some of the training routines so they have to get used to them,” says Weigel.

Hoffenheim’s new fitness coach, who previously held the same post at Borussia Mönchengladbach, feels he is already familiar with the team: “You already know some players from the Bundesliga, and I’m working here together with my two colleagues (Otmar Rösch and Christian Neitzert), and they already know the team well. I’ve already spoken with both of them in the past weeks and now know how the fitness coaching has been here in the last few years.”

So what are the TSG squad working on in the first week of training? “We’d like to work on the basics of strength and endurance whilst in Westerburg,” explains Otmar Rösch. “It’s also about recognising weaknesses in individual players.” Rehabilitation coach Christian Neitzert summed up the plan: “Here we’re concerned about the basics. We want to get to know the new players, identify weaknesses, so that we can work at these with specially designed programmes.”

The squad working together with the coaches is still depleted. There are several players on holiday after they had international commitments during the summer break. Kevin Volland, Tarik Elyounoussi, Adam Szalai, Ermin Bicakcic, Grischa Prömel, Jin-Su Kim, Sebastian Rudy and new signing Pavel Kaderabek will rejoin the team at a later date.

Nadiem Amiri is also missing from TSG’s first weeks of pre-season. He is away with the Germany U19s competing at the European Championship in Greece. Kai Herdling, Jiloan Hamad and Nicolai Rapp are injured and are working on their recoveries at home.

As well as new coach Weigel, there are also four new players at TSG: Jonathan Schmid, Fabian Schär, Mark Uth and Joelinton all took part in the first real training sessions with their new teammates. Young Hoffenheim talents Philipp Ochs, Joshua Mees and Benedikt Gimber have also been given the chance to showcase themselves.