Despite battling back from two goals down, TSG 1899 Hoffenheim were left empty handed after Hertha Berlin struck late to win their first away game of the season. A slow start from the hosts saw them 2-0 down, but Sejad Salihovic converted a penalty and a free kick to draw them level before Hertha headed in a late winner. 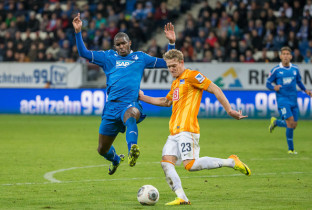 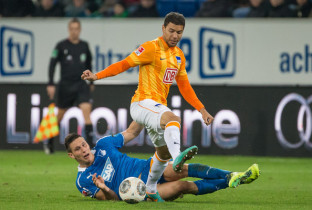 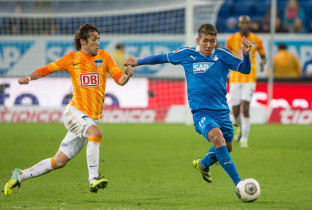 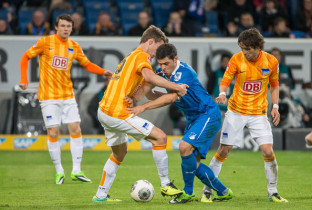 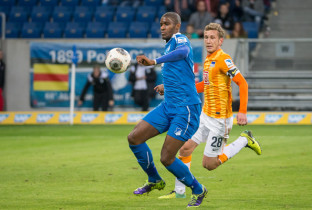 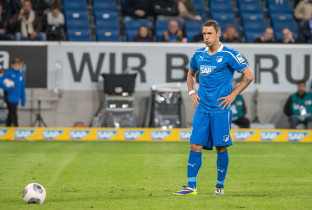 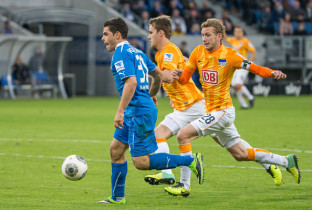 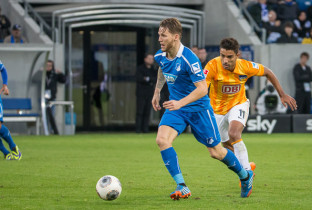 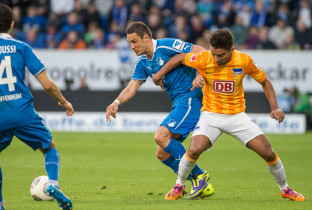 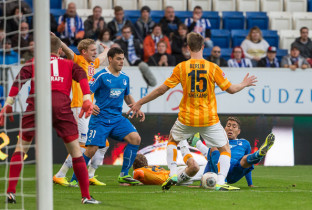 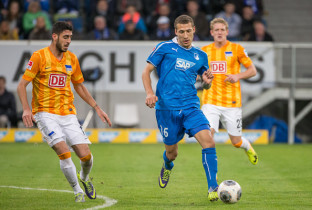 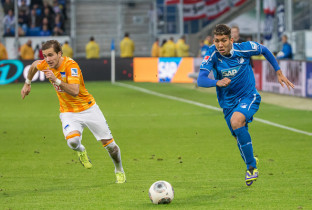 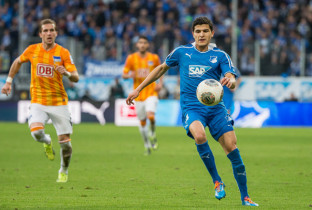 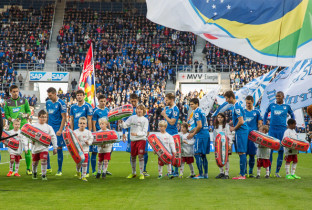 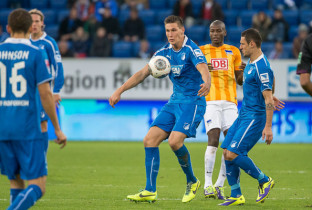 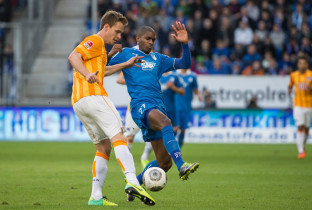 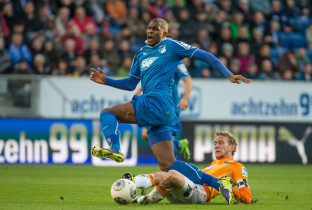 Hoffenheim were unlucky to lose against Bayern Munich last week and so it was no surprise that the team that hosted Hertha had a very similar look to it, with Polanski (Rudy) and Elyounoussi (Herdling) the only two changes. The visitors have looked comfortable with their return to the top flight so far this season, something their aggressive attacking football proves. Both Sami Allagui and Änis Ben-Hatira's fizzing efforts served as a timely reminder for Hoffenheim.

Markus Gisdol's side ventured forward but it was nothing more than a fleeting visit in the opening quarter of an hour. Hertha were the side in control and their lead, when it came, was hardly surprising. Adrián Ramos controlled a long ball before running through on the right. The striker then passed into the run of Änis Ben-Hatira who placed his finish into the top corner.

Looking to stamp some sort of authority on the game, Hoffenheim tried to come forward but were denied by a well-organised Hertha defence. On the break, Allagui failed to make more use of space in the area as the visitors continued to look the more likely to score.

Sejad Salihovic brought Thomas Kraft into action but his free kick was saved comfortably. Shortly before the half-hour mark, the Bosnian tried his luck once more from a similar position but Kraft once again matched it, this time saving smartly down to his left. Hoffenheim were not looking themselves. Passes continued to go astray and with their front four struggling to get into the game, the half-time whistle was welcome when it came.

The hard-work that Hoffenheim needed after the break took a while to arrive but when it did, Kraft continued to deny them. Under ten minutes into the second half and Hertha fortuitously doubled their lead. A tussle between substitute Jannik Vestergaard and striker Ramos saw the striker somewhat softly go to ground inside the area. Referee Aytekin awarded the penalty to Hoffenheim's dismay and Ramos dispatched it confidently.

Markus Gisdol's men were shocked as Hertha started playing all the football, with Per Skjelbred forcing a good save out of Casteels. Hoffenheim battled but they needed their own break in fortune. With twenty minutes left in the game, they got it as referee Aytekin awarded them their own penalty, which Salihovic stepped up and converted.

Spurred on by the home fans, substitute Sven Schipplock nearly found a second but just failed to get his shot away. Then Salihovic was presented with his third free-kick opportunity, this time just on the right-hand side of the area. The third time proved the lucky one as the club's set-piece taker curled in a fantastic equaliser.

And yet for all their hard work in drawing level, it lasted only three minutes as a deep cross on a Hertha counterattack was headed across goal and into the far corner by Ramos to put the visitors back ahead. Substitute Marcel Ndjeng had a fantastic chance to make it four for the visitors, before Fabian Johnson had a similarly golden opportunity to equal the scores for Hoffenheim but neither could take advantage. Tempers flared but the net never rippled again as Hoffenheim suffered back-to-back home defeats. After the international break, an away trip to Augsburg (15:30, November 23rd) will be the next chance for Markus Gisdol's to make good.