In the radiant sunshine, Hoffenheim opened their 2013/14 season with a fan and family day. From around 11 o'clock, the fan mile around the WIRSOL Rhein-Neckar Arena opened, offering a number of activities to get involved in. This was followed by the main event: A friendly against Greek champions and UEFA Champions League participants Olympiacos F.C. 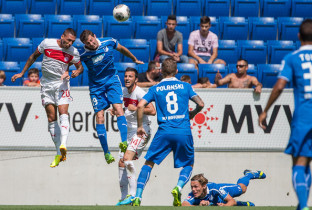 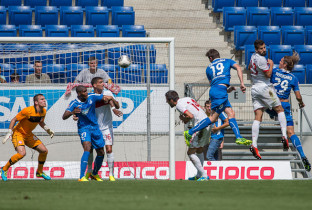 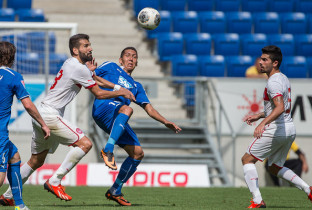 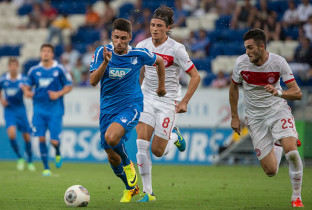 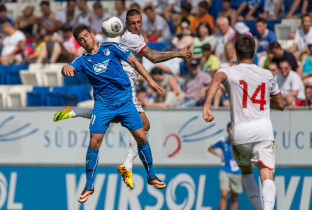 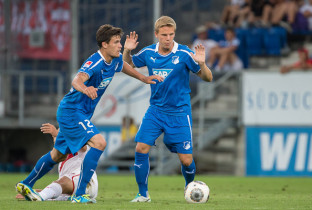 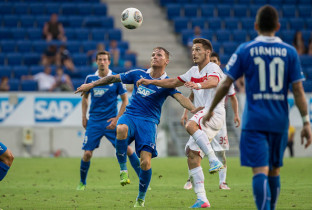 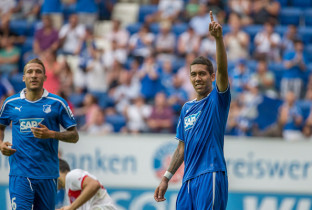 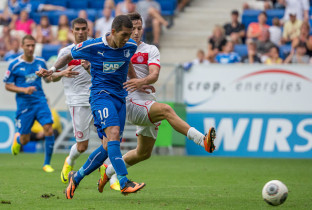 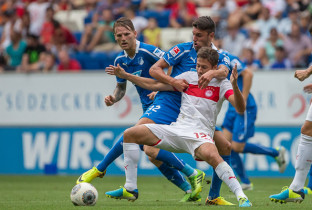 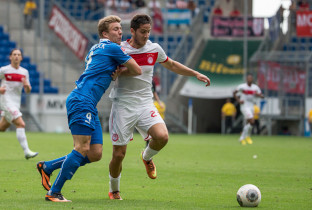 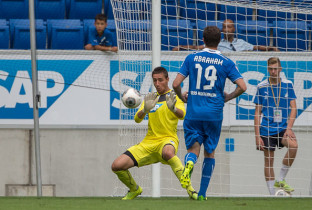 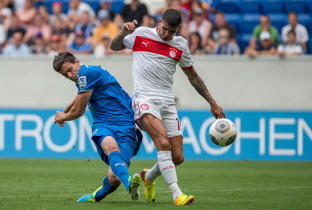 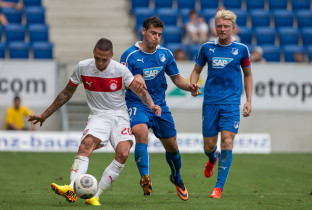 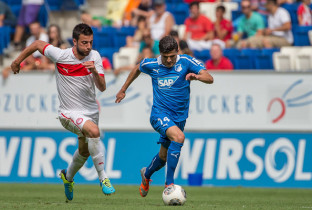 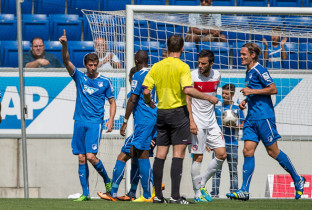 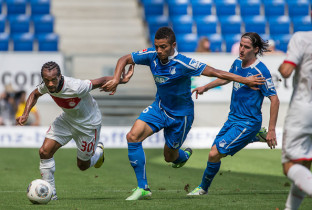 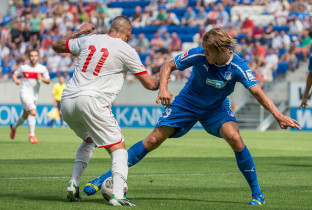 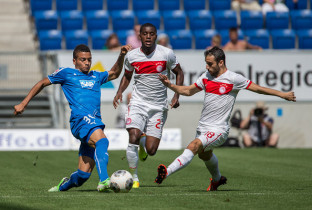 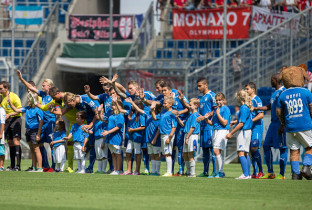 This was Hoffenheim's final game before their German Cup first round tie against fourth division Aumund-Vegesack (August 3rd, 15:30 CET). 11,820 fans packed into the home stadium to support their team, and to grab autographs from the TSG players during the autograph-signing session. They enjoyed a goal-ridden game, with Hoffenheim running out 4-1 winners.

Manager Markus Gisdol included both Tarik Elyounoussi and Anthony Modeste in his starting line-up. Kevin Volland and Roberto Firmino completed the attack, with Sebastian Rudy and Eugen Polanski controlling things in defensive midfield. The back four was made up of Andreas Beck, David Abraham, Jannik Vestergaard and Jeremy Toljan. Koen Casteels was in goal.

Volland – Contract extension followed by a goal and an assist

Hoffenheim enjoyed themselves right from the start, so much so that it only took eleven minutes before they were in front. A corner from Rudy found Volland at the back post. The winger crossed back into the box from the left-hand side and David Abraham rose to head in the opener from close range. Even after the goal, TSG looked hungry for more. The Greek side rarely attacked and when they did, it hardly ever led to a shot on goal. As a result of high temperatures, the referee stopped the game after 25 minutes for a drinks break. Once the game got back under way though, nothing had changed and Hoffenheim made it 2-0 after 33 minutes. Elyounoussi played Volland through on the right-hand side, and the winger cut back to curl an effort into the far corner.

After the break, chances for both sides were at a premium. Shortly before the hour mark, substitute Tobias Strobl went on a run into the box where, despite being under pressure, he fired a shot goalwards. But it hit the right-hand post and bounced clear. One minute later, and another chance came and went as Volland's effort from 20 yards was saved spectacularly.

Consolation goal on the final whistle

After another drinks break, Modeste, Toljan and Volland were all brought off. Gisdol replaced them with Thesker, Grifo and Schipplock. The “Super Sub” responded to the cheers of the fans with a goal a minute after coming on. Johnson, also brought on, delivered a ball in and “Schippo” was perfectly positioned to make it 3-0.

As a storm gathered above the stadium, Hoffenheim remained focused. 13 minutes from time, and Roberto Firmino added a fourth. The ball stuck to the Brazilian's feet as he danced through and then around the goalkeeper before slotting home. Diamntakos added a late consolation on the final whistle but not even that could take away from the quality of Hoffenheim's performance.