The constant rain didn't hinder either side. Hoffenheim, with Sabine Stoller starting instead of Janina Meißner, began on the front foot. The home side dominated the opening quarter of an hour but failed to convert any of their numerous chances. Susanne Hartel had three opportunities to set the title party going but as is so often the case in football, it was Köln, who hadn't been out of their own half in the first 20 minutes, who took their first chance. Jasmin Stümper headed the visitors into the lead. Hoffenheim's manager, Jürgen Ehrmann, found his side only briefly out of the game. With the help of the crowd, he soon urged them back into control. Four minutes before the break, Theresa Betz fired an unstoppable, low effort from 25 meters to make it 1-1. It was a score that would have been enough to see them promoted, as a point was all they needed. Before TSG had enough time to celebrate their equaliser, the visitors retook the lead after Bilgin Defterli's goal in the 43 minute.

After the break, Hoffenheim made a change bringing on Birgit Prinz for Stoller and Prinz's experience immediately settled the home side's play. Manager Ehrmann wasn't nervous at any time. His belief never waivered: “I always felt we were going to score another goal.” In fact, his team did more than that, scoring twice to take a 3-2 lead. Martina Moser struck first after a goalmouth scramble before goal-getter Susanne Hartel steered the ball over the line to score a well-celebrated third. Köln only had to score two to dampen the TSG party and ruin the hosts' promotion dreams. With ten minutes to go, the euphoria was noticeable in the stands but the game had another twist in store. Köln never gave up and with a minute to play, Tugba Tekkal equalised to make it 3-3. Even after that, the away side had a dangerous free kick and the anxiety on the Hoffenheim bench grew. Moments later though, the celebrations began as the final whistle went and the fans stormed onto the pitch as the players, the staff and everyone associated with the club celebrated their promotion to the 1. Bundesliga.

Fans watched on and celebrated the Hoffenheim Ladies win with the motto: “Hoffenheim are the best club in the world…” 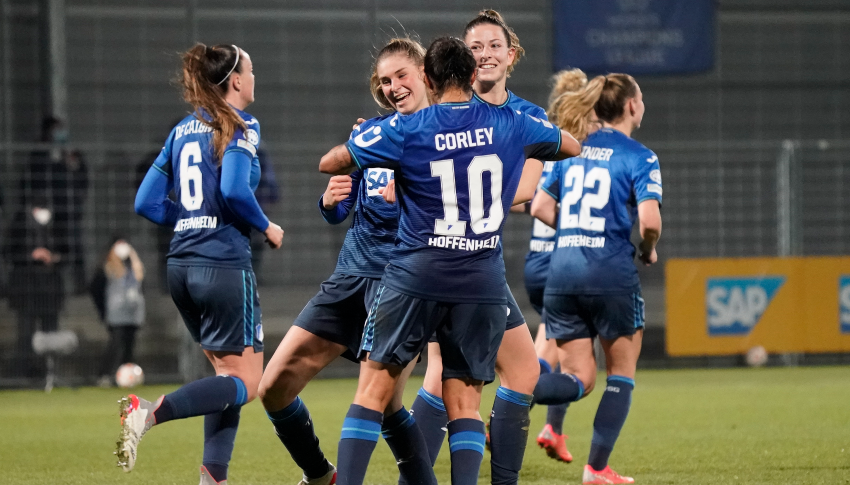 TSG narrowly miss out on miracle against Arse... 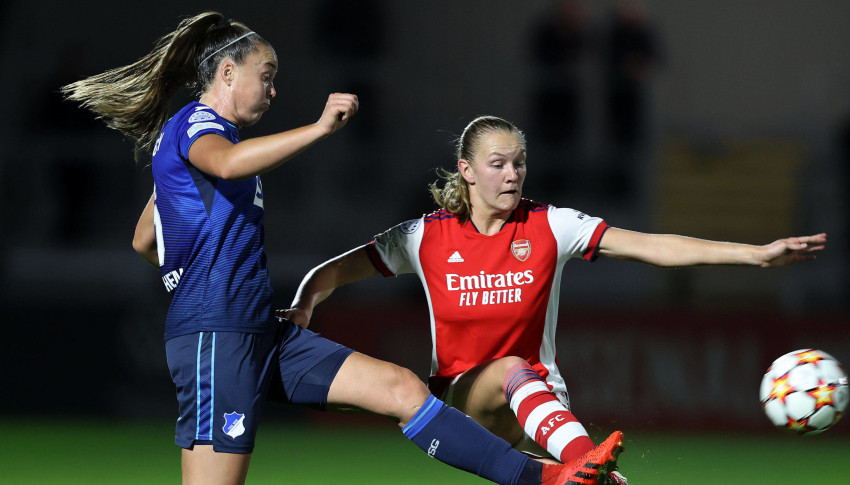 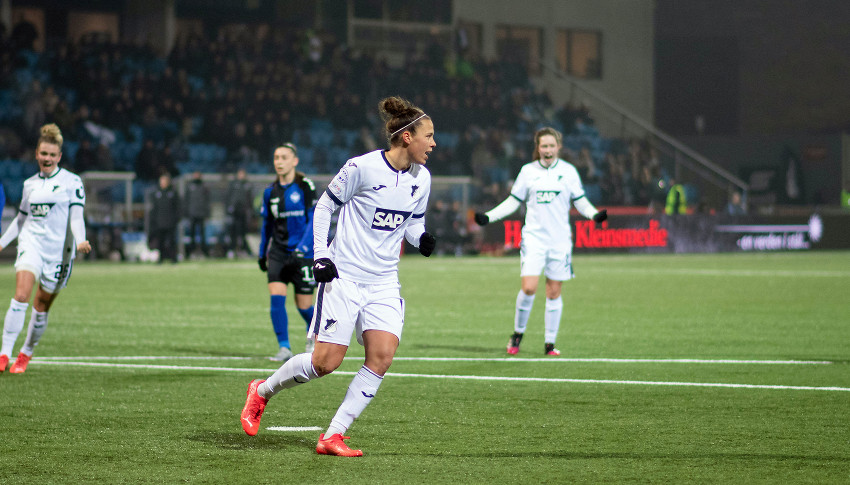