On the 24th January it was ready at last. After 20 months of construction 1899 Hoffenheim were able to christen their new home the Rhein-Neckar-Arena in an impressive opening ceremony. Around 1,300 workers from 109 businesses were involved in the building of the 30,150 capacity arena on the A6 Autobahn, and created an unforgettable day in the history of 1899 Hoffenheim.

The Rhein Neckar Arena is a beacon of light in Sinsheim which would thrill football fans from far and wide. Jochen A. Rotthaus talked of how "Thanks to the link with the region and our partners we have played the most intelligent one-two in the league." The choice of the Rhein Neckar Arena name entrenched the stadum's local roots, and was made possible by many local businesses who became partners of the project. SAP AG, the MVV Energie AG and the Südzucker AG make up the list, as do two further unnamed businesses.

At the end of the press conference the patron Hopp unveiled the "Rhein Neckar Arena" sign above the main entrance, accompanied by the fans' cries of "Dietmar, wir danken dir" [Dietmar, we thank you!] and drumming from the Sinheim Percussion Group.

Soon after being admitted many curious fans made their way out to the stands to carefully examine where they would be watching football from. The opening also celebrated the presentation of a super size kit to the Bitburg Stand, made possible thanks to kit supplier PUMA and main sponsor TV Digital, and the new fan song "Wir sind Hoffe" [We are Hoffe].

The official "kick-off" for the new stadium was hosted by patron Dietmar Hopp, together with Baden-Württemberg president Günther Oettinger, Sinsheim mayor Rolf Geinert, alongside Paula Fischer and Simon Ernstberger, who celebrated their 99th and 18th birthdays respectively. While the fans sung Dietmar Hopp's name from the new terraces he spoke of his delight with the new stadium: "Something very special has happened here, this is a magnificent day in the history of 1899 Hoffenheim. In this jewel I wish an unending continuation of the wonder that is Hoffenheim." President Oettinger also spoke of how impressed he was: "This is the most beautiful stadium in Germany! I hope that the team can bring the Bundesliga title back to Sinsheim soon!"

Then finally the new stadium hosted its first match: Ralf Rangnick's team took on a selection of local players under the watchful gaze of international referee Markus Merk. In the second half the 1899 fans demonstrated that they were already at home in their new ground with loud singing and a mexican wave contributing to a superb atmosphere.

After the match, which the hosts won 6-2, there were further celebrations in the sold-out stadium: a fascinating light show, a performance by "Drum Connection" and an appearance from pop-violinist David Garrett charmed onlookers. The crowning moment of the opening celebrations were the magical fireworks that rounded off the evening. CEO Jochen A. Rotthaus put the feelings of the club into words: "It is a goosebumps moment which we have been working towards for a long time. We're unbelievably proud and happy".

The metropolitan area enjoyed its first high point in the new RheiN Neckar Arena thanks to the exhilarating opening celebrations. Further highlights will undoubtedly follow soon. Now 1899 Hoffenheim, through its partnership with the Rhein-Neckar region and its partners, has the best chance of continuing to ride the wave of success and bringing that success to the area's new beacon of light. 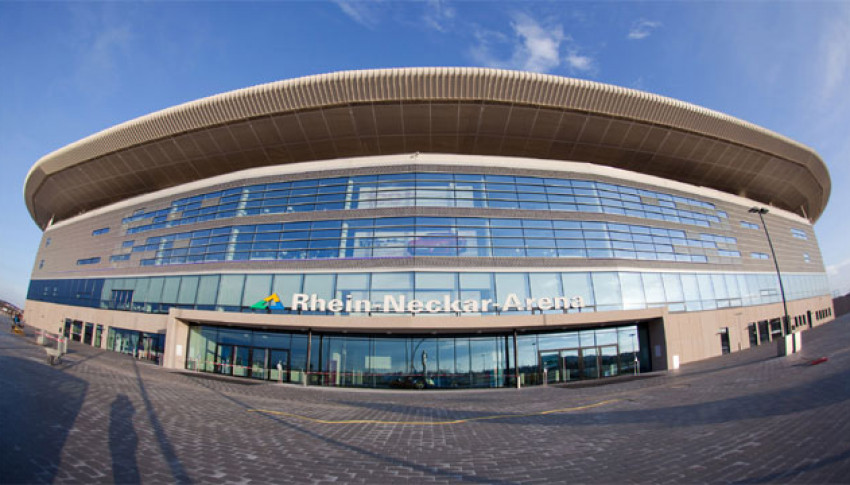 Arena tour at the weekend

A stroke of luck if you get to work inside...

Work in every nook and cranny