It was a disappointing Saturday in Sinsheim, as TSG Hoffenheim lost 2-1 (1-0) in the PreZero Arena against VfL Bochum. David Raum grabbed an equaliser in the second half (54), but Takuma Asano was the match-winner with his second goal of the game (28/59). 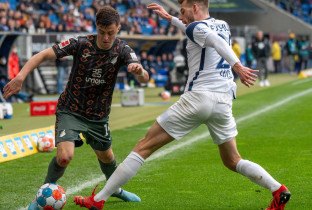 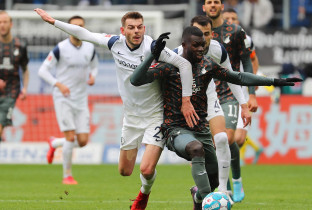 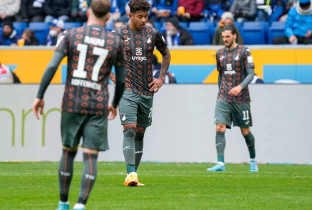 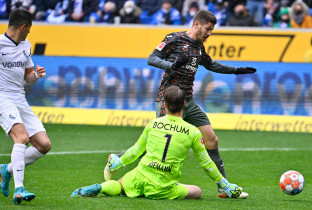 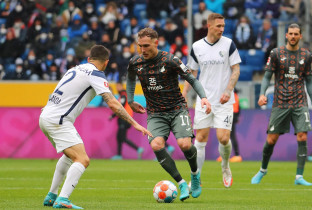 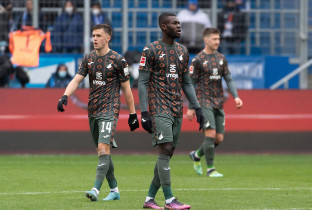 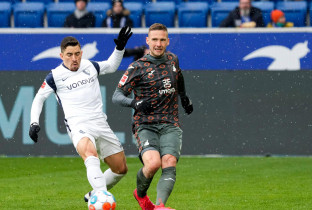 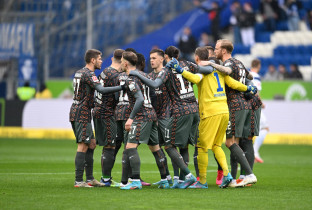 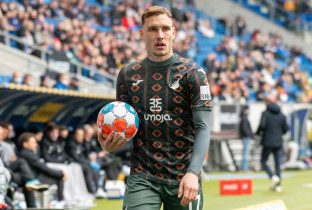 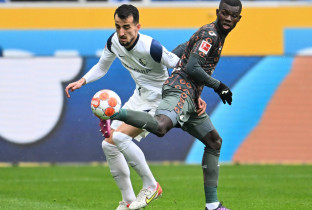 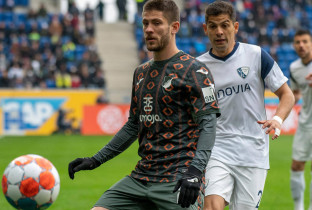 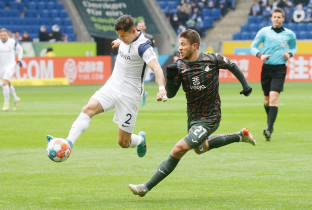 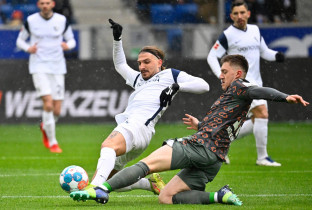 Head coach Sebastian Hoeness made four changes to the starting XI from the 3-0 loss away to Hertha BSC, with Florian Grillitsch, Pavel Kadeřábek, Diadie Samassékou and Ihlas Bebou moving into the line-up. Grillitsch, Kevin Akpoguma and Kevin Vogt formed the back three in front of goalkeeper Oliver Baumann. Kadeřábek lined up on the right flank, with David Raum on the left. Samassékou started in midfield alongside Angelo Stiller, while Christoph Baumgartner played as a number ten behind the two strikers Bebou and Andrej Kramarić.

In the second half, Chris Richards came on for Akpoguma and Georginio for Kadeřábek, as Bebou moved over to the right wing. Around 20 minutes before the end, TSG made another change, as Dennis Geiger replaced Stiller (71). Sebastian Rudy and Jacob Bruun Larsen then came on for Samassékou and Bebou in the 84th minute.

Bochum's second goal: TSG sought to ride the momentum after the equaliser and opted to take a corner despite the fact Kevin Vogt was being treated on the sidelines. Florian Grillitsch, as the last man, lost the duel against Takuma Asano, who had a clear run at Oliver Baumann and was able to score the decisive goal.

Sebastian Rudy's substitute appearance in the 84th minute marked his 300th Bundesliga game in a TSG Hoffenheim shirt. The midfielder is the first player to reach this milestone at TSG.

Two chances in quick succession for Bochum: first Pantovic fires a shot straight at Baumann. Then TSG give the ball away and Soares thunders a long-range effort just over the bar.

A huge chance for TSG to take the lead, as Kramarić receives the ball from a throw-in on the left and drives into the area before firing a shot on goal. The rebound falls to Baumgartner, but he can't keep his effort on target.

A good, fast-paced attack from TSG: Samassékou spreads the play over to Bebou, who immediately slips a pass forward to Kramarić. The Croatian has a shot on goal, but it's not well-placed enough to trouble Riemann. He perhaps should have done better there.

From nothing, it's Bochum who take the lead. Asano is given too much space on the left, he skips into a central position and drives a shot into the bottom-left corner of the TSG net.

A massive chance for the visitors to double their advantage: Stiller loses the ball and suddenly Pantovic is clean through on Baumann. The Bochum forward has the chance to square it to a teammate, but he decides to go it alone and ends up firing wide of the mark. A sigh of relief echoes around the stadium.

A big chance to equalise right after half-time: Stiller curls a cross into the box, where Kramarić has a free header, but he can't keep it from flashing wide of the left-hand post.

The next chance for an equaliser, as Baumgartner squares the ball to Kramarić, but Riemann is alert to the danger and gets down quickly to make the save. No joy for TSG here.

Hoffenheim get their well-earned equaliser: Kramarić finds himself in space on the right and plays a pass into the middle. Baumgartner slips and misses the ball, but it runs through to Raum, who takes a touch on the edge of the box before bending the ball into the top corner - what a goal.

Vogt is being treated on the sidelines, but TSG opt to play on. The ball goes out for a corner, which Bochum successfully defend before launching the ball up the field. Asano gets the better of Grillitsch, TSG's last man, in a challenge and finds himself one-on-one with Baumann. The goalkeeper gets a glove to his shot but it's not enough to prevent the ball from rolling over the line.

Raum fights his way into space on the left flank and delivers a cross to Bebou. The striker is in a good position, but he hesitates a moment and can only find the side netting. 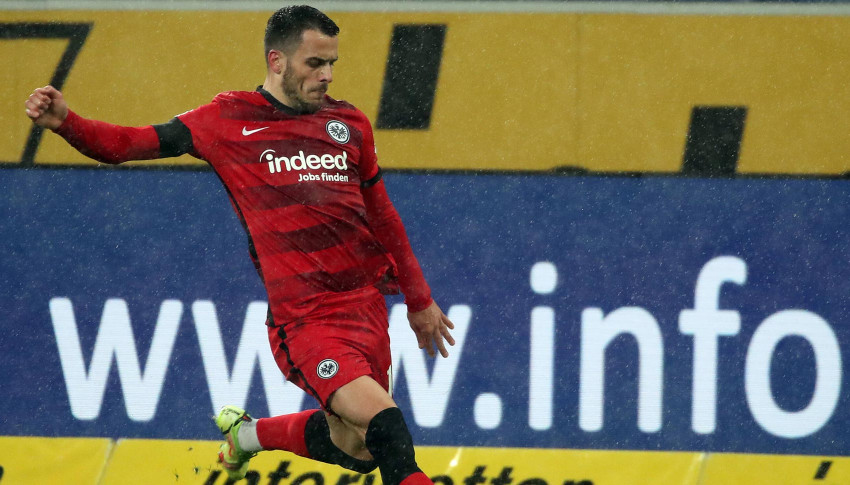 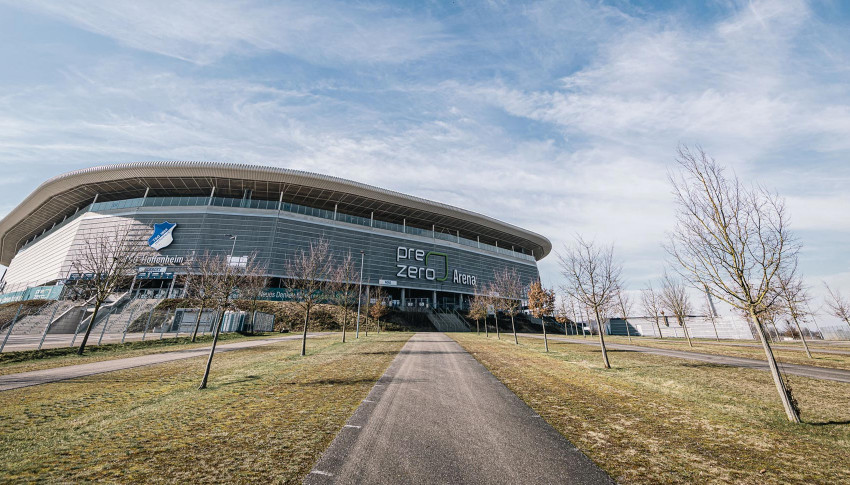 TSG granted unconditional licence for the 202... 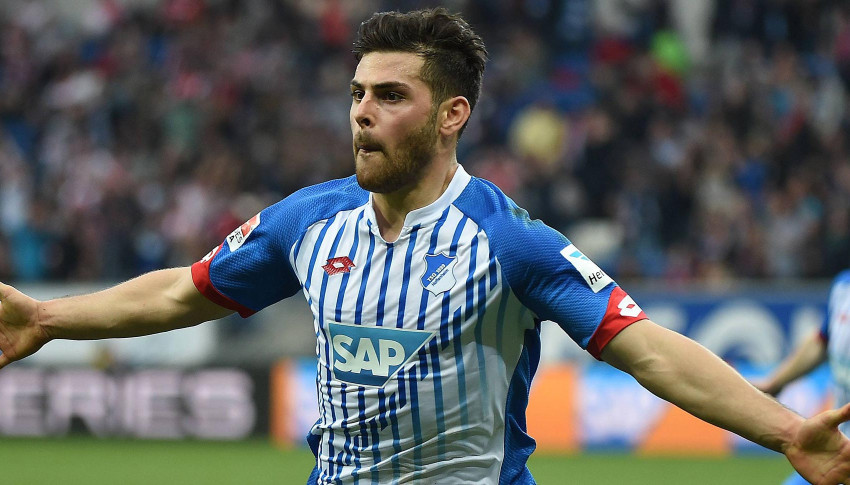