TSG Hoffenheim lost 4-0 away at Arsenal on Matchday 2 of the UEFA Women’s Champions League group stages. Head coach Gabbor Gallai’s charges were unfortunate to fall behind to a 21st-minute penalty in the opening half, with the English league leaders then doubling the lead on the stroke of half-time (45+2). An additional goal at the start of the second period confirmed the result (52), and although the Hoffenheim ladies fought valiantly, they were lacking attacking penetration and did not get the rub of the green. Arsenal then rounded off the scoring in the closing stages (86).

The first away day in the group stages of the UEFA Women’s Champions League: in between the top match away to FC Bayern Munich and the upcoming clash with VfL Wolfsburg, TSG travelled to London to face English league leaders Arsenal. While the Hoffenheim ladies went into Matchday 2 with the wind in their sails following their 5-0 opening-day victory over HB Koge, Arsenal had been defeated 4-1 in the opening round of matches. Head coach Gabbor Gallai made three changes to the starting line-up that played against Bayern Munich for the match against the English capital club. Franziska Harsch, Gia Corley and Luana Bühler all dropped out of the team and were replaced by Chantal Hagel, Sarai Linder and Laura Wienroither, with TSG operating in a 4-3-3. Jana Feldkamp moved back into central defence alongside Michaela Specht, with Nicole Billa in the central attacking midfield role in front of Fabienne Dongus and Chantal Hagel.

The game at London’s Meadow Park started evenly, with the first good chance of the game falling to Hoffenheim – though a shot from Tine De Caigny sailed narrowly over the crossbar (8). The home side subsequently gained a better foothold in the game, with the English league leaders repeatedly demonstrating their incredible attacking strength. Arsenal worked their way into the TSG box several times, but the hosts initially failed to create dangerous shooting opportunities. A penalty eventually gave the home side the lead, however (21). As the first half wore on, TSG increasingly had spells of possession of their own – without ever really creating good chances. At the other end, Arsenal were ruthless and added a second on the stroke of half-time (45+2).

The second period began with Gia Corley replacing Tine De Caigny. Despite being two goals behind, TSG performed with courage and commitment. The Hoffenheim ladies consistently moved the ball about well within their own ranks but were often lacking the final ball going forward and the necessary penetration against an opponent that defended solidly. Arsenal, meanwhile, remained the much more dangerous team in front of goal thanks to their quick link-up play and high attacking tempo. That said, the goal to make it 3-0 in the 52nd minute initially remained their only successful shooting opportunity. TSG subsequently enjoyed one or two moments in and around the area, but they could not take their chances and Arsenal extended their lead to 4-0 with minutes to go (86).

Really good opportunity for TSG! Michaela Specht plays a ball from midfield into the path of the forward-charging Jule Brand, who tees up Tine De Caigny with a header in the vicinity of the box. The Belgian goes for a bold volley but the powerful strike sails narrowly over.

Arsenal take a 1-0 lead from the penalty spot. Referee Stephanie Frappart decides a foul was committed in a challenge between Michaela Specht and Bethany Mead, with Kim Little firing the ensuing penalty into the corner.

It's 2-0. Katie McCabe fizzes a cross into the box from the left flank towards Vivianne Miedema, who rises the highest and heads the ball towards the unmarked Tobin Heath. She fires it past Tufekovic and into the net from close range.

And the third Arsenal goal. After receiving a pass from the right flank, Bethany Mead goes straight for goal from the edge of the penalty area. Martina Tufekovic makes a finger-tip save underneath the crossbar, but the ball falls directly into the path of Vivianne Miedema, who is left with a simple tap-in over the goal-line.

Now it's TSG's turn to look dangerous! Jule Brand embarks upon a good solo run before cutting the ball back from the byline, but the unmarked Sarai Linder does not generate enough pressure on her header and the attempt flies well over.

Pity! Jule Brand receives a pass from Fabienne Dongus and crosses the ball from the right. However, the ball into the centre takes a deflection and sails wide of the back post.

Surely not! Gia Corley plays a through-ball towards Jule Brand, who fails to beat Arsenal shot-stopper Manuela Zinsberger from 12 metres out.

4-0. Katie McCabe delivers a corner into the penalty box. The unmarked Leah Williamson runs in at the near post and heads the ball into the net for Arsenal's fourth goal. 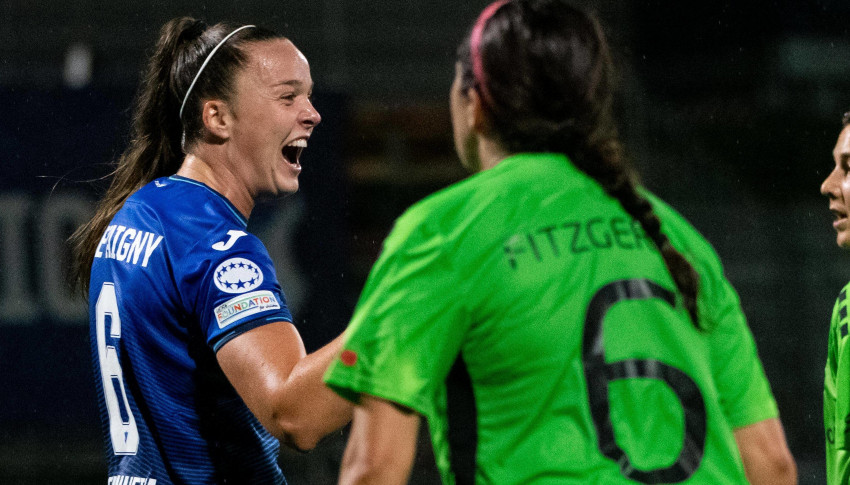 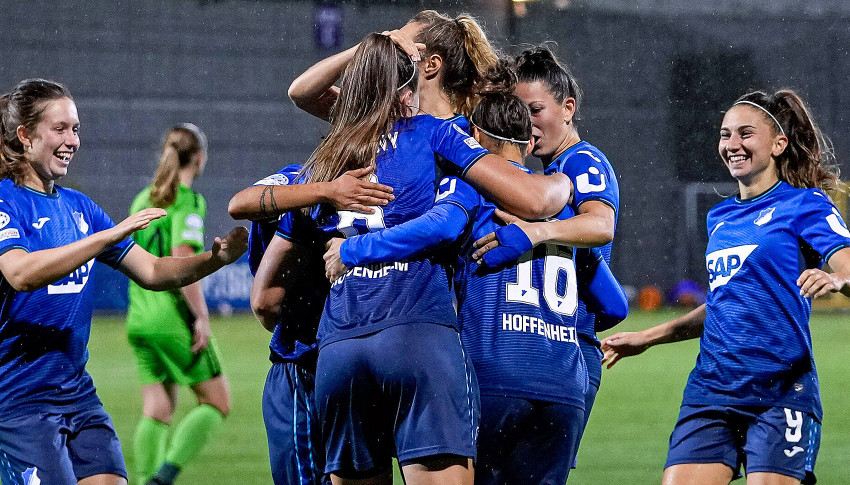 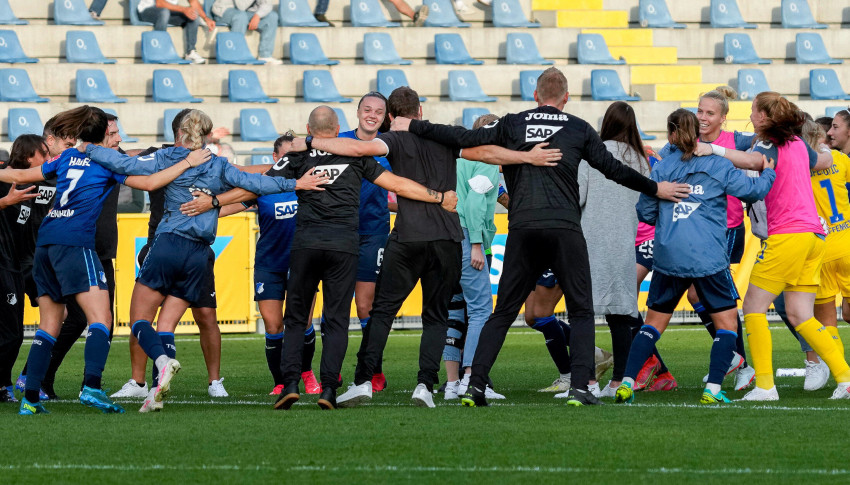