Successful double-header: TSG Hoffenheim won both of their pre-season friendlies against 1. FSV Mainz 05 2-1. Victory in the first match came courtesy of goals from Stefan Posch and Robert Skov, while goals from João Klauss and Ihlas Bebou sealed the win for Sebastian Hoeness' side in the second game. 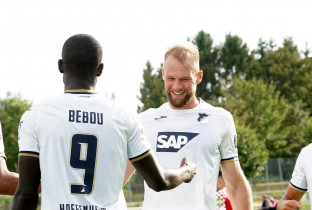 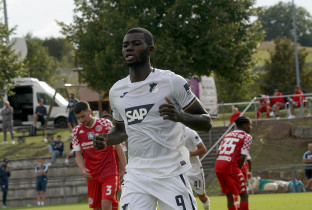 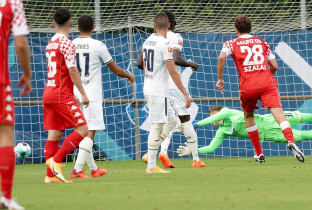 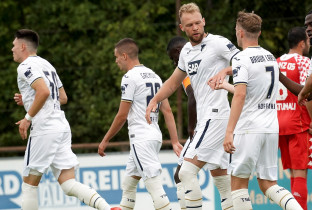 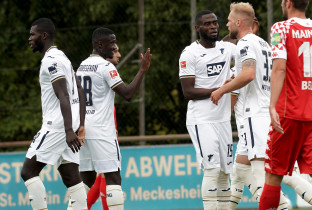 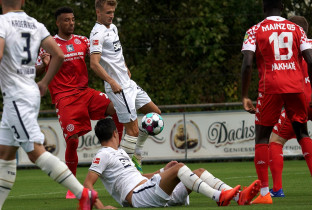 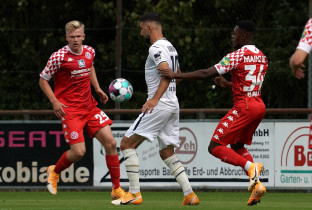 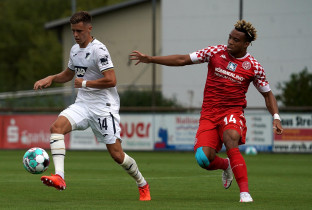 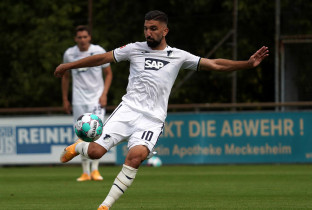 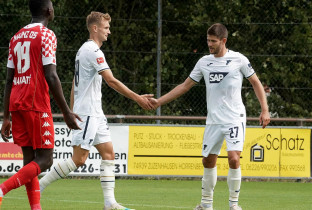 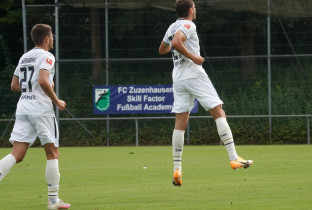 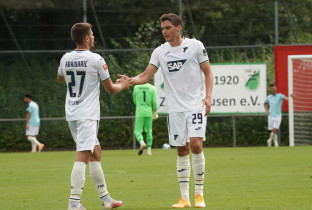 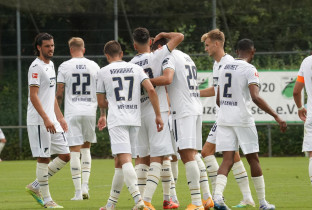 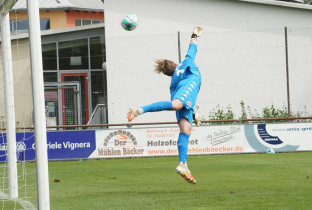 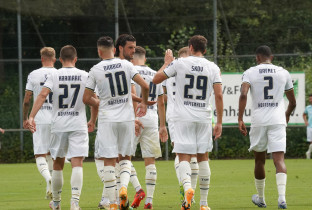 Both teams needed a little bit of time to find their feet in the first friendly fixture, meaning that the first half was a rather quiet affair. There was one moment of controversy in the 43rd minute, however, when TSG were denied a penalty for a handball by Daniel Brosinski in the Mainz box.

1. FSV Mainz 05 then took a surprise lead on the 51-minute mark, with Mateta slotting home the opening goal from close range following a quickly-taken free-kick on the edge of the penalty area. But TSG Hoffenheim hit back immediately. Florian Müller in the Mainz goal parried a Robert Skov free-kick into the danger zone and Stefan Posch comfortably slotted the follow-up into the net to make the score 1-1 in the 54th minute.

TSG, who were playing in their white kits for the first time, dominated proceedings thereafter but were initially unable to convert that superiority into goals. It was ultimately another set-piece that put Hoffenheim ahead in the 64th minute, with Skov firing a free-kick from approximately 20 metres out into the corner to give Sebastian Hoeness' side a deserved 2-1 lead.

The best chance to add another goal was squandered by Andrej Kramarić, whose lob narrowly missed the target in the 72nd minute, and the game ultimately finished 2-1.

A totally new-look TSG side took a 10th-minute lead in the second fixture courtesy of João Klauss. Ihlas Bebou played a pass into the path of the Brazilian, who danced past Alexander Hack in a one-on-one, kept his composure in front of goal and slotted into the far corner. But Mainz grew into the game in the period that followed and got a deserved equaliser when Levin Öztunali found the corner with a low drive from 20 metres out on 22 minutes.

Former Hoffenheim forward Adam Szalai had an opportunity to add to the scoring on 34 minutes, but Luca Philipp in the TSG goal made an outstanding reaction save from close range to keep his side on level terms at the break. Hoffenheim repeatedly created chances in the second half, but Elmkies (a header from six metres out), Bebou (a shot from close range, 76) and Ishak Belfodil (83) all missed chances to take the lead.

However, Sebastian Hoeness' charges got their reward four minutes from time when Ihlas Bebou was teed up by Chinedu Ekene and fired home a low shot to secure a 2-1 victory.

Following the successful double-header, TSG fans do not have long to wait until the next highlight: on Sunday (30 August), all Hoffenheim supporters can tune into the virtual season opening ceremony at the PreZero Arena. All TSG fans will be able to live-stream the event from home starting at 13:00 CET. 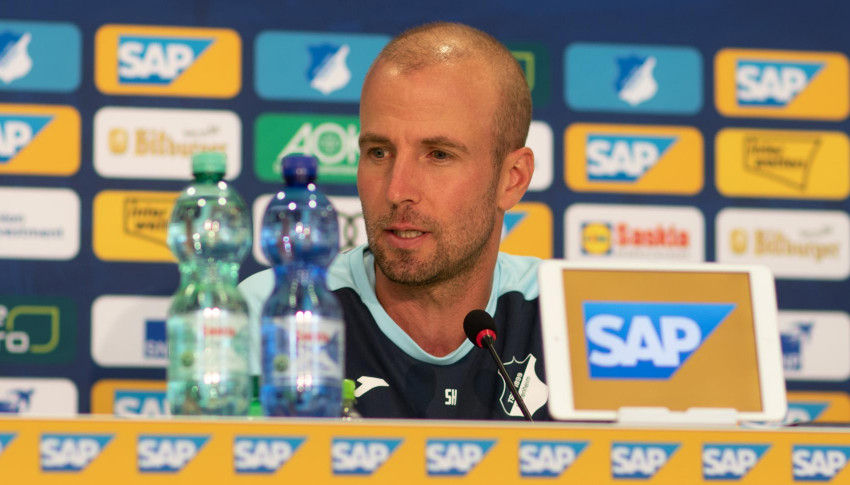 Hoeness: "We're all raring to go" 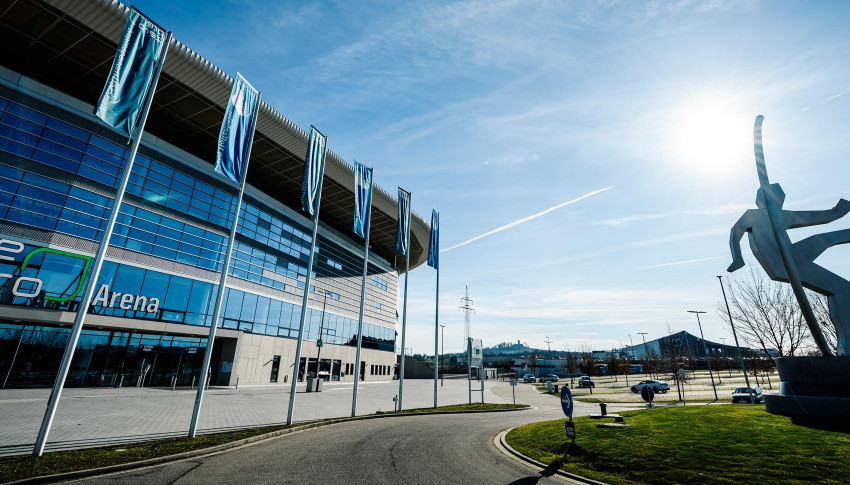 Bundesliga: fans allowed back in the PreZero ...