Word has got out that the TSG Hoffenheim training ground in Zuzenhausen is home to the future of football training. The club regularly receives visitors from all over the world, with sports scientists, coaches and even journalists wanting to find out what elite-level training management looks like. A TV crew from Japan recently filmed the brand-new training facility, which had its finishing touches applied just a few days ago. It is the highlight of the TSG Research Lab and has been subjected to several tests. SPIELFELD can now present the groundbreaking training device. 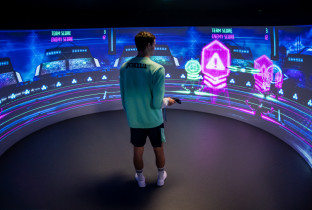 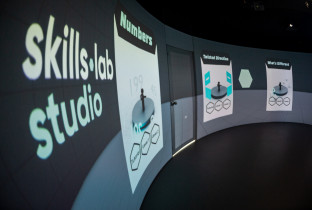 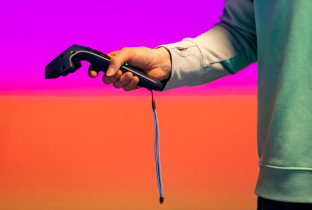 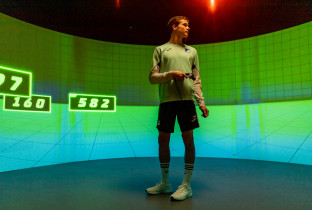 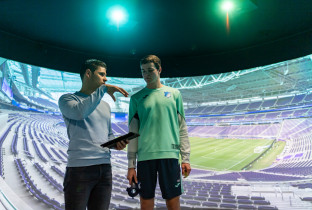 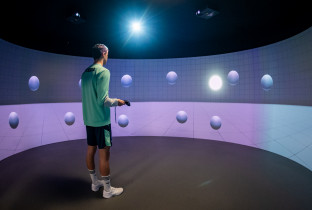 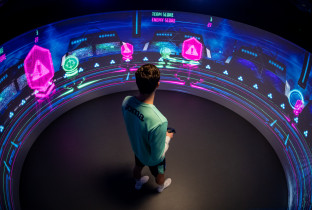 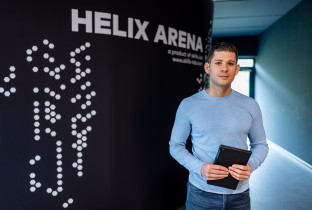 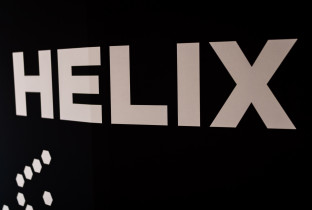 The old Helix, though often admired, has had its day. The new Helix Arena is the perfect refinement, and offers even more options for "brain training". Whoever enters the ultra-modern facility will immediately find themselves in a wraparound cinema. During training, this globally unique 360-degree cinema serves as a different kind of training ground for the athletes. "With the Helix Arena, we produce a futuristic game simulation in addition to basic training programmes. This has an extremely challenging character. Ideally, athletes should be able to train key match situations," says Prof. Dr. Jan Mayer, the managing director of the TSG Research Lab and sports psychologist at TSG Hoffenheim for the last 12 years. In contrast to the old Helix, the user must now – as on the real pitch – not only keep an eye on what is happening in front of him, but pay attention to what is happening behind him too.

Training in the Helix Arena, which was developed in cooperation with the company Anton Paar SportsTec from the Austrian city of Graz, is therefore much more demanding than the old 180-degree device – as groundbreaking as that may once have been. Jan Mayer and his colleagues from the Research Lab assume that the effect of the training will be even greater. "It is still all about improving the executive functions. With the new Helix, players should be able to exploit their performance potential even more," Mayer explained. Executive functions, a term from brain research and neuropsychology, have long since been a specialist field for him. The psychology graduate puts the objective succinctly: "How do you become faster mentally?" The Helix Arena, the most complex training device to date, was created for this very purpose.

Max Geschwill, a left-back for the U19s, became the first TSG player to test out the Helix Arena in mid-March. "It's very impressive. And much more realistic than the old Helix," says the 18-year-old. Jan Spielmann, an employee of the TSG Research Lab, lets him complete several tests. Spielmann controls everything via an iPad, as Geschwill gets underway with five different training programmes.

The first one is called "Multiple Object Challenge", and is a refinement of a test that many TSG players have already undergone in the old Helix. Robots in two different colours run criss-cross along the walls of the room, which is six metres in diameter. The task is to follow two previously determined robots until the end of the game. This requires the highest level of concentration, because the two do not differ in colour from other figures that also run criss-cross. Geschwill, however, completes the task with ease and determines the two correct candidates by pointing the remote controller at them and marking them with a click. "You trained a lot in the old Helix," says Jan Spielmann approvingly.

On the next level the figures move even faster, with the speed increasing each time the device starts. "We want the users to achieve their optimum training performance, i.e. to exploit their performance potential to the limit. If they train continuously, then they can really improve," says Spielmann.

It goes without saying that all progress can be measured exactly and, if required, documented over many years. The simulation is based on the fact that even in a real elite-level football match, attention must be kept constantly high – in the following scene, for example: a central defender turns to his own goalkeeper to receive the ball from him. At the same time he tracks, mostly instinctively, the position of his fellow defenders, to whom he will in all likelihood need to pass immediately. In an ideal scenario, he will also need to turn his head every so often to see whether he is under pressure from an opposing striker. This all-round view, this intuitive grasp of the situation without conscious reflection, can be trained in the Helix Arena along with many other skills.

There is a reason why robots, and not footballers, are shown in the programme. "The Helix is not intended to be a purely soccer-specific tool, but can instead be used across the board as a training device," emphasises Jan Mayer. Training studies with stroke patients are currently being planned, for example. This should prepare them for situations in everyday life, such as behaviour in road traffic. After the Robot Challenge, Max Geschwill has completed further challenges called "Numbers", "Match" and "Sphere", which, among other things, dealt with "spatial working memory" and "rapid switching".

As is so often the case, the best has been saved for last: the top programme is called Neo360. It was developed by the Munich-based company Aesir Interactive, one of the leading and especially creative developers of virtual reality games. When Jan Spielmann launches it, the Helix Arena transforms into a top-class gaming hall. The company Anton Paar – which also produces the skills.lab device, similar to the footbonaut – has installed the latest beamer technology and ultra-modern sound technology. The projection on the walls is in 3D; VR technology ensures the images appear in amazing depth. The training programmes contain artificial intelligence to perfectly adjust them to each user individually.

Max Geschwill, immersed in a futuristic world, must now use the remote controller to pass the ball, which appears in the shape of a discus, to his fellow players. The problem? The players – who are varying distances away and move towards him from both sides, sometimes faster, sometimes slower – are shielded by opponents and there is only a very brief time window to make the pass. Geschwill has to constantly check when he can play his passes. Feedback on whether they have arrived or been intercepted is filtered back to him immediately via the impressive sound system. Jan Spielmann stands outside the Helix Arena and observes everything on a screen, where the events inside appear from a bird's eye view. This allows for the performance to be observed simultaneously and analysed later.

"For example, you pay attention to how much the players turn their head and upper body, how much they are in a good preparation position to grasp the match situation and react appropriately," explains Jan Spielmann. While the scientists, who are concerned with objectivity and measurable results, stand in front of the Helix Arena, the players on the inside are immersed in a virtual reality – similar to what e-sportspeople or gamers experience. The fact that Neo360 is known in the gaming scene as "immersive" is intentional, to ensure the training effects are lasting.

"We wanted a game that the guys really wanted to play. We wanted them to feel like they're in an arena so that they can enjoy themselves. And at the same time they can learn what is important in match situations," says Jan Mayer. Similar effects can be achieved with VR glasses, which are also used in the Research Lab, but the glasses lead the players to move differently. Peripheral vision – perceiving and capturing movements "out of the corner of your eye" – only works in glasses if you turn your head and upper body much more. As a result, VR glasses are a second choice when it comes to optimally training executive functions in match situations. Partly because when you use them, "VR sickness" (nausea and balance problems) can occur.

The Helix Arena, on the other hand, has been used by people outside the football industry from the very beginning. Doctors from Heidelberg have brought stroke patients in the hope that the new stimuli will help them make progress with their rehabilitation. Police officers will soon be able to train in the hypermodern construction in order to prepare themselves for tricky situations that are difficult to train in reality. Further external inquiries have already been received, while cooperations with other institutions and companies are being planned or considered. The project is therefore not to be associated exclusively with football, but should serve to boost knowledge for other areas of society too. The goal is to write "an instruction leaflet", as Jan Mayer puts it, for the new Helix in the coming months, i.e. a manual on how to use it. 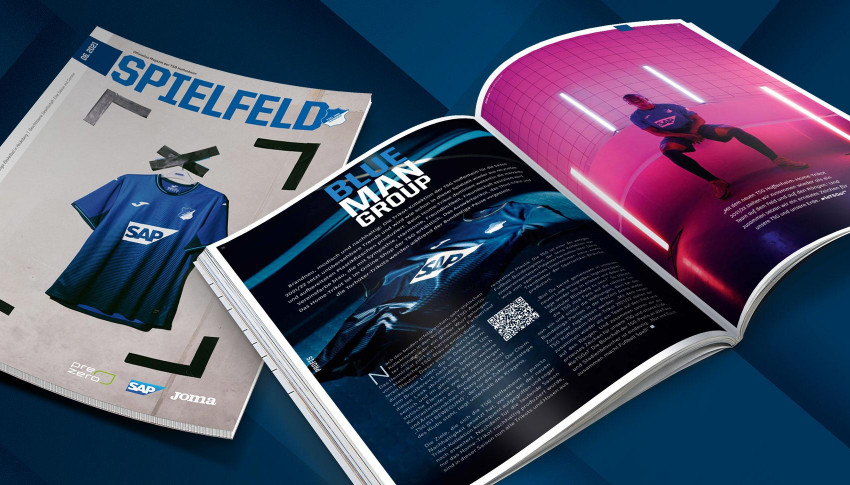 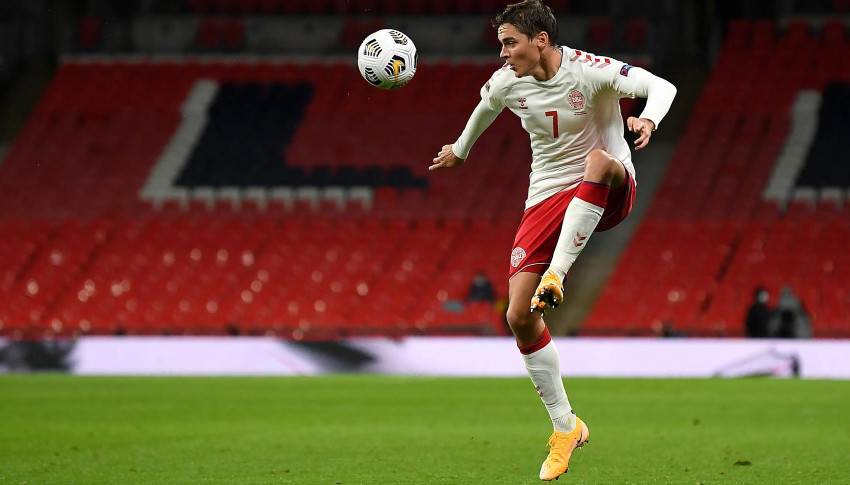 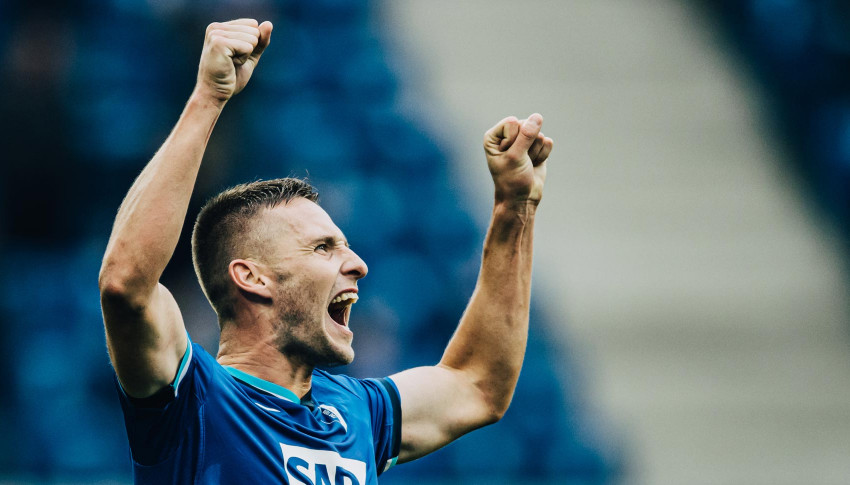 The smile is back