Three hard-won points in the bag: goals from Ihlas Bebou and Christoph Baumgartner were enough to see TSG Hoffenheim win 2-0 away to 1. FC Union Berlin. Bebou grabbed the opener in the 56th minute before Baumgartner put it beyond doubt in the 90th minute after an excellent solo run by Howie Nordtveit. 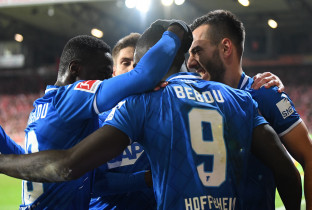 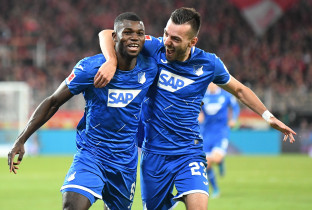 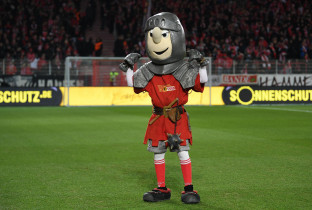 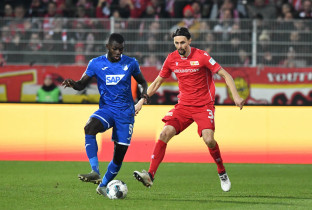 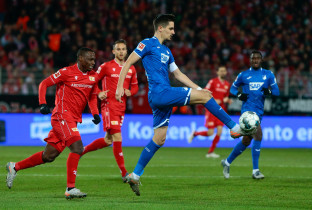 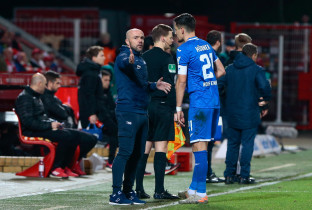 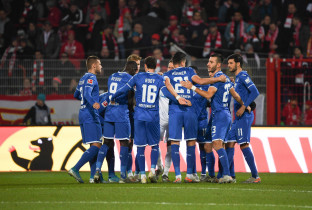 Head Coach Alfred Schreuder made two changes to the starting line-up from the 4-2 loss against FC Augsburg. Stefan Posch and Benjamin Hübner came into the side to replace Ermin Bičakčić and Kevin Akpoguma at the heart of defence. Alongside full-backs Pavel Kadeřábek and Robert Skov, they formed a four-man rearguard in front of Oliver Baumann's goal. Florian Grillitsch, Diadie Samassékou and Sebastian Rudy all started in midfield once again, with the attacking trident of  Ihlas Bebou, Andrej Kramarić and Sargis Adamyan also remaining unchanged.

TSG made their first change an hour into the match, with Howie Nordtveit coming on to replace Samassékou in the middle of the park. The next substitution arrived four minutes later: off came Kadeřábek and on came Ermin Bičakčić, with Posch shifting to right back. Christoph Baumgartner entered the fray as an 85th minute substitute, taking the place of Adamyan.

The 83rd minute: Union frontman Andersson found himself in space around the penalty spot and unleashed a seemingly unstoppable shot on goal. TSG goalkeeper Oliver Baumann had other ideas: his sensational reaction save salvaged the Hoffenheim lead before Baumgartner added a second goal in the 90th minute.

Union had managed to go 444 minutes without conceding at the Alten Försterei stadium, but Ihlas Bebou's opening goal meant that Rafael Giekiwicz was forced to pick the ball out from the back of the net at home for the first time since 27 September.

Big chance goes begging for the hosts: an inch-perfect cross from the left wing finds Ujah at the penalty spot. He has lots of room to operate in but fires his shot wide of the target.

That should have been the opener! Rudy plays in Bebou, who keeps his cool in the one-on-one with Union goalkeeper Gikiwiecz and slips the ball to the onrushing Kramarić. The Croatian has the whole goal to aim for but he somehow manages to fire over the bar.

Bebou evades a defender at the edge of the box and has a pop at goal. His effort deflects off a defender a flies over the helpless Gikiewicz into the back of the Union net.

Big chance for an equaliser: the ball is delivered into the area and is met by Polter, who drops a cushion header at the feet of Genter. The veteran fires a shot from 16 metres out but the ball flies wide of the target.

What a save by Baumann: Andersson works space for a shot from around the penalty spot. He fires an effort which looks bound for the roof of the net but the TSG keeper somehow gets an arm up to send the ball over the bar and maintain the visitors' lead.

What a run by Nordtvelt - the Norwegian dribbles past various Union players before getting his head up and playing the ball to the well-placed Baumgartner. The Austrian keeps his cool and drills the ball into the back of the net with the outside of his boot.

Now more than ever: Thank you to the voluntee...