There were smiles all round at the TSG 1899 Hoffenheim e.V. 2019 annual general meeting. President Peter Hofmann welcomed almost 500 members – of whom 114 were eligible to vote – to the Palatin Hotel in Wiesloch. But there were no new elections and the only time they were asked to raise their hands was to formally approve the actions of the board – which they did unanimously. 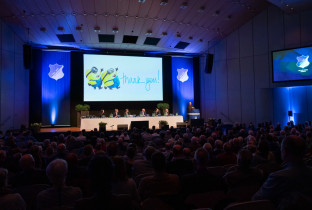 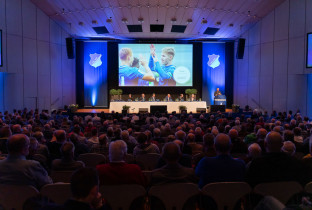 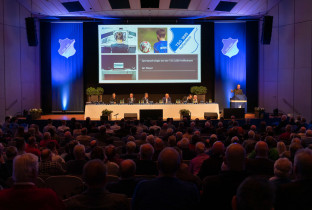 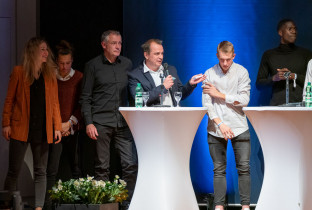 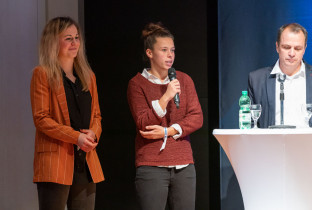 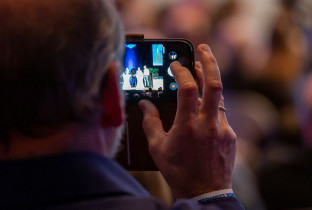 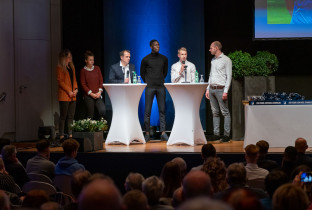 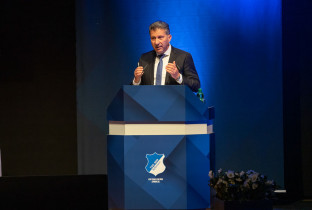 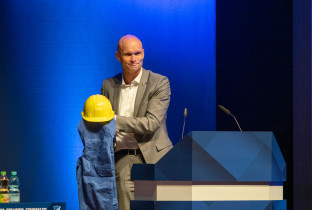 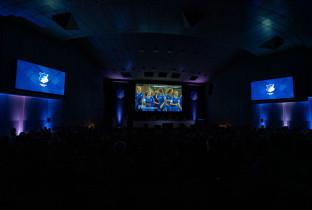 An opening speech given by the host, the first mayor of Wiesloch Dirk Elkemann, was followed by a commemoration of the dead – among them the honorary members Willi Hauert, Gerhard Willert, Luise Meier and Hans Köhler, who all passed away in 2019.

Before Peter Hofmann reviewed the events of the past few months, he welcomed the two managing directors in charge of footballing operations, Frank Briel and Dr. Peter Görlich, as well as head coach Alfred Schreuder and senior players Oliver Baumann, Stefan Posch and Robert Skov. Also among the attendees were a number of talented youngsters from the TSG Academy, the whole women's team and 11 TSG referees. Hofmann apologised for the absence of managing partner Dietmar Hopp and director of football Alexander Rosen.

"Our tradition has now surpassed that of other clubs," said Hofmann of TSG's recent successes – a reference not only to the accomplishments of the first team, but also the women's team, currently second in the Bundesliga, the U23s and the U19s/U17s, who both sit top of their respective Bundesliga South/South West age groups. The crowd responded with applause. Hofmann went on to underline the huge significance of the work being channelled into various projects to combat racism, anti-Semitism and climate change, before reporting on a meeting held with the police department in Mannheim and announcing an improved traffic concept at Bundesliga matches involving the men's senior team. Hofmann was critical on one point, however. "I can't comprehend the fact that several spectators watching the match against Düsseldorf on Saturday were booing with the score at 1-0."

The president was especially proud of the "42 male and female internationals from various countries", whose portraits appeared on the big screen. Four of them – Lena Lattwein and Nicole Billa from the women's team, plus Amadou Onana (U19s) and Valentin Lässig (U17s) from the TSG Academy – were subsequently invited on stage, where they were interviewed by Ralf Zwanziger (Head of Women's Football) and Jan Zurheide (TSG Academy Media Department) on their development in Hoffenheim and their international experiences.

As he had been the previous year, the Heddesheim-based auditor Jens Lehmann was in charge of the figures and presenting the cash report. Lehmann spoke about the investments in the training ground and a new artificial pitch as well as a considerably increased sum in terms of donations and subsidies. "But otherwise, there were no structural changes," said Lehmann, who rounded off his presentation by announcing an annual profit (as of 30 June 2019) of almost €935,000, which was issued yet again with an unqualified audit opinion.

It was at this point that TSG veteran Horst Heinlein, once again the presenter for the evening, passed the microphone to Sinsheim mayor Jörg Albrecht, who proposed the approval of the board's actions. There were no dissenting votes. "I wish the board continued success," Albrecht said.

Under the agenda item "Reports on club activities", sports psychologist Prof. Jan Mayer gave an amusing 20-minute presentation about the work conducted by his team and outlined rather entertainingly what contribution "the psychos" make every day.

Once the members had been honoured for 25, 40 and 50 years of club membership (see list below), the president announced – to the delight of all the members in attendance – that contribution fees would not be increased next year. At 20:30 CET, after only 90 minutes, the shortest annual general meeting in the club's recent history ended. Not a single question had been posed by the members under the agenda item "Miscellaneous".

But there was still plenty of opportunity to chat over refreshments in the Palatin lobby as Christmas music filled the air. "I wish you and your families a relaxing holiday and a good start to the New Year. And three black and yellow points under the Christmas tree," said Hofmann in reference to the final fixture before the winter break.

Gold Badge of Honour for 40 Years of Club Membership

Silver Badge of Honour for 25 Years of Club Membership 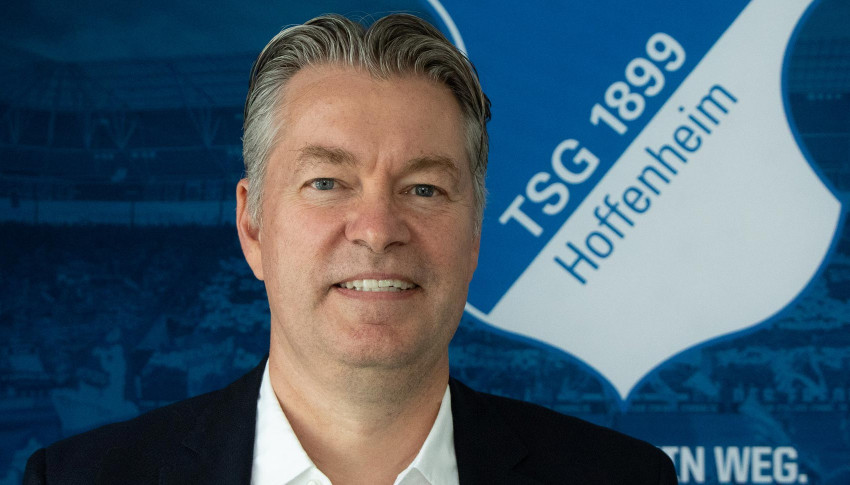 Denni Strich joins the board of management