Christoph Baumgartner is one of Hoffenheim's most talented youngsters. The 20-year-old Austrian – a playmaker and strong dribbler who produces moments of unpredictability – has already proven to fans that he has matured since the final match of last season, when he was sent off in the 41st minute of a 4-2 defeat by Mainz that put paid to TSG's European aspirations.

"Zerstört in Sekunden" (Destroyed in seconds) was the name of a questionable TV series showing moments of misfortune that happened to get caught on camera. Christoph Baumgartner must have felt like he was experiencing a live version of the series on 18 May when his big dream ended dramatically and abruptly. TSG Hoffenheim were away to Mainz on the final day of the 2018/19 season. It was their last chance to ensure a European berth – and it was a landmark occasion for the 19-year-old, who had been included in a Bundesliga starting XI for the first time. It was all set to be a big day for TSG and the talented youngster. But as the game entered the 41st minute – with Hoffenheim leading 2-0 and Baumgartner playing well – an incident occurred that swiftly transformed his debut into a sporting nightmare. Baumgartner fouled the Mainz goalkeeper Robin Zentner in the opposition box, prompting angry reactions from players and fans alike. Referee Deniz Aytekin responded by brandishing a second yellow card and dismissing Baumgartner. Off he went. Feeling empty, his big dream destroyed in seconds.

"First sending-off of my life"

Five months later, the 20-year-old calmly reflected on the events of a memorable day that culminated in Hoffenheim losing 4-2 and missing out on European football. Baumgartner has since returned to the big stage, having learned a tough lesson from his unfortunate debut in the starting XI. The Austrian does not deny that it was a dramatic day indeed. He can still vividly picture how the events unfolded – and he is still lost for words when he tries to explain his moment of madness. "When the goalkeeper came out, I thought I'd still get the ball. Then I realised I couldn't and tried to withdraw, but I caught him slightly. It was my second foul, so getting two bookings seemed harsh. Had he reflected for a moment, the referee might well have decided differently but I'm not going to reproach him. It was my mistake; I shouldn't have allowed it to happen, regardless of my age. It hurt and I was sorry for the fans and the club." He replayed the incident over and over in his head – but to no avail. "Part of it was definitely down to all that adrenaline. But nothing like that has ever happened to me. It was the first sending-off of my life."

But Baumgartner did not let the events of that fateful debut appearance drag him down for long. The club, the fans and his family convinced him that even with 10 men, the team could've protected their two-goal lead and successfully qualified for European competition. Time is a healer, and he is now focusing on the positives and the tasks that lie ahead. "Even if the season ended on a bitter note with my sending-off, I still made it into the Bundesliga and showed myself that I can compete. For me, it was important that I had another highlight on the horizon directly afterwards: the U21 EUROs. That helped me clear my head quickly."

Baumgartner played two matches at the tournament, including the 1-1 draw with Germany. After returning from his holiday, he linked up with the senior squad for pre-season and impressed with his enthusiasm and new-found self-belief. The latter was demonstrated by his reaction when two prominent central-midfielders were signed in Sebastian Rudy and Diadie Samassékou. "It was communicated clearly by the club from the beginning that I wouldn't be replacing Kerem Demirbay or Nadiem Amiri. Both were highly experienced Bundesliga professionals and I know I still need time at this level. Hence why I was not surprised that a few top-quality signings were brought in."

Baumgartner hit the ground running with a series of good pre-season performances before impressing against Bremen and Wolfsburg. "For me it was clear: they're here, but I need not hide away. I'd been given some playing time while Kerem and Nadiem were here. So I knew that whether I was given more matches depended solely on me and my performances. I still have a way to go."

The playmaker continued to work hard in training and was eventually rewarded with a vote of confidence as TSG sanctioned the departures of two of his competitors, Leonardo Bittencourt and Vincenzo Grifo. Baumgartner perceived the transfers to be "a signal by the club" – and felt even more determined. "They are players who possess attacking strengths too. TSG allowed them both to leave, probably in part because they have a player waiting in the wings who – though not well-known – isn't too bad and whom many believe can still get really good."

Fans and pundits in Hoffenheim and beyond are convinced of that by now. Since serving his one-match suspension in the opening game in Frankfurt, Baumgartner has played five Bundesliga matches and bolstered the TSG attack with his dribbling runs and range of passing. But he believes he has more of a role to play in front of goal too. "My favourite position is behind the strikers; that's where I got a lot of scorer points at youth level. "We need to improve our chance conversation. Even though I'm young and I'm not placing demands on myself to decide games, I want to help the team with goals and assists. That's my job as an attacking player."

Alone in Germany as a teenager

But between the training sessions and his adventures in the Bundesliga, Baumgartner also finds time to reflect upon his past experiences and the years gone by. A lot has happened since he left the family home in the Austrian town of Horn at the age of 14 to move to the football academy in St. Pölten. A few years later, he departed alone for Germany to sign for the TSG U19s. "If someone had said to me back then that I'd be playing with the first team, I would've said: that's perfect, wonderful, I'll take that. It was always my objective to play in the Bundesliga. I enjoy being able to train alongside players such as Andrej Kramarić and to play in such stadia. I've given and sacrificed a lot to get where I am. As a young player, you need to enjoy it and have fun – but at the same time to always keep working, otherwise you'll stagnate and it'll be tough."

Baumgartner cites talent and hard work among the reasons for accomplishing his goal. But the biggest factor, in his opinion, was his upbringing. "My parents have always placed a lot of emphasis on being polite, thankful and humble. I know where I've come from and above all: what I want and what I need to do to get it."

Giving up was never an option for him. Not in Austria, not in Hoffenheim and certainly not after Mainz. 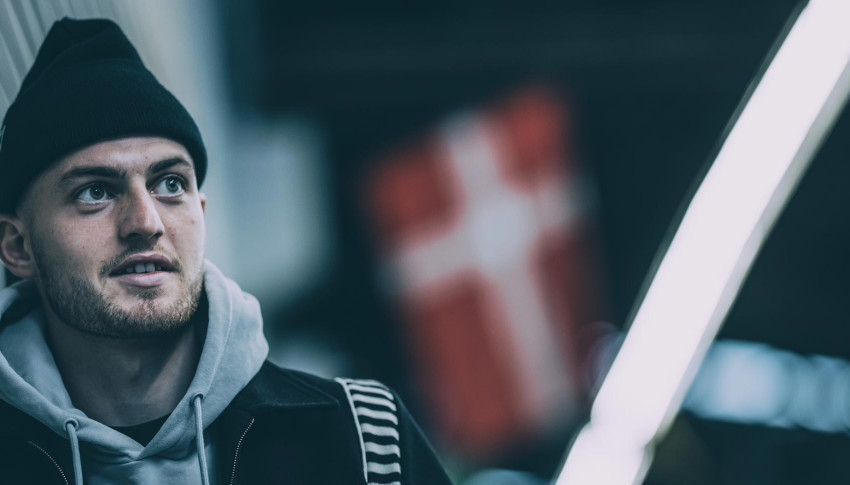 Jacob Bruun Larsen: ''Mentality is everything... 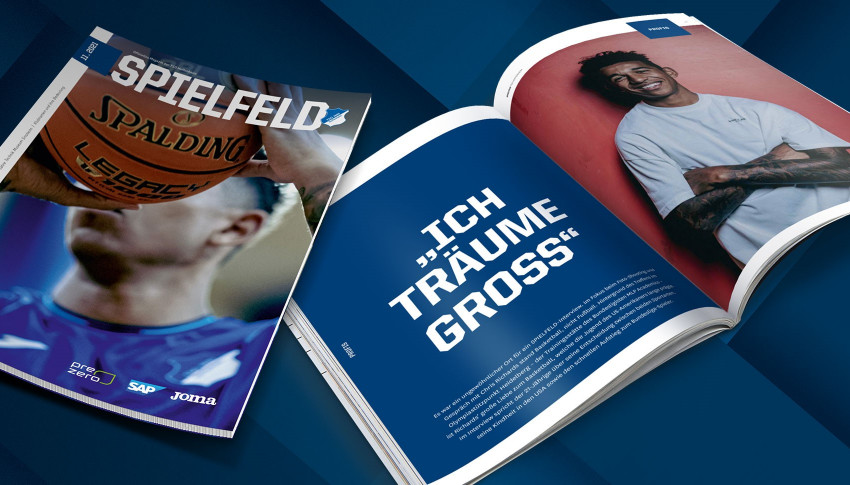 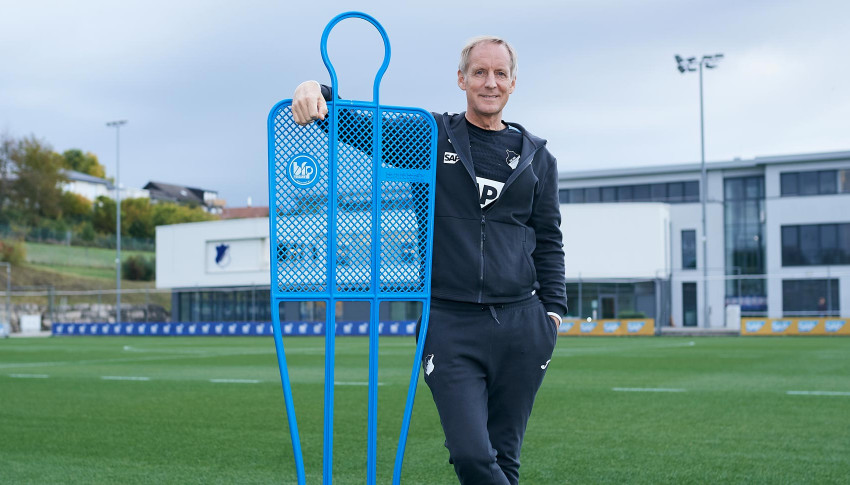