TSG Hoffenheim could not manage to return to winning ways against Fortuna Düsseldorf on Bundesliga Matchday 13. The Kraichgau club spent much of the match in the lead thanks to Andrej Kramarić's early opener but were pegged back in the 87th minute and ultimately had to settle for a point. 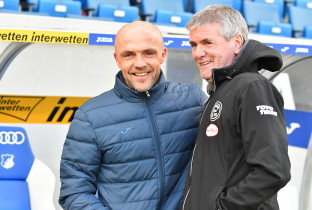 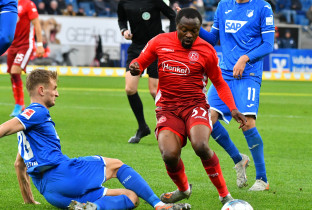 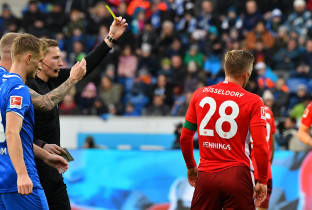 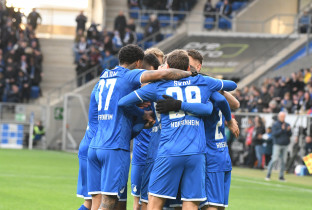 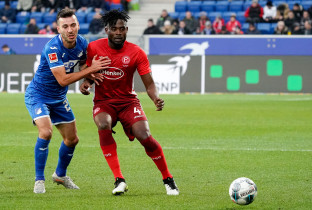 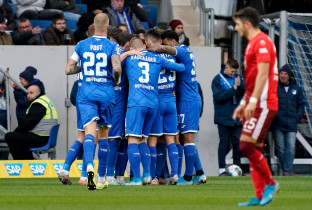 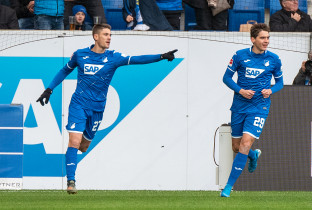 Head coach Alfred Schreuder made three changes to the starting XI that was beaten 5-1 by FSV Mainz 05 last time out. Benjamin Hübner was ill with a viral infection and his place was taken by Ermin Bičakčić, who started alongside Stefan Posch and Kevin Vogt in a three-man defence in front of goalkeeper Oliver Baumann. Sebastian Rudy and Florian Grillitsch kept their places at the heart of an unchanged midfield, while Pavel Kadeřábek and Robert Skov started on the flanks. Andrej Kramarić, who frequently dropped back into midfield, and Sargis Adamyan returned to the starting line-up and formed a three-man frontline with Jürgen Locadia.

Alfred Schreuder made his first substitution on the hour-mark, introducing Ihlas Bebou in place of Locadia at centre-forward. He then brought on Dennis Geiger for Adamyan in the 74th minute and handed Diadie Samassékou his comeback with four minutes to go, the Malian replacing Grillitsch in central midfield.

In the 69th minute, Hoffenheim missed three gilt-edged chances to double their advantage. Kramarić was denied by Steffen and Posch hit the woodwork, before Adamyan headed over the bar.

Grillitsch spots a gap in the defence and threads a perfect pass through to Kramaric, who lets the ball run across his body and slots past Steffen to give Hoffenheim an early lead.

That was a great chance for Hoffenheim to double the lead. Grillitsch plays another perfect ball into the box towards Adamyan, who heads straight at Steffen. He had so much space there, what an opportunity that was!

Skov fizzes in a cross towards the back post. Kaderabek beats his marker to the ball but shoots agonisingly wide.

Düsseldorf threaten for the first time all game. Defender Hoffmann sprints forward from the back and gets on the end of a cross towards the back post. But Baumann is on hand to make the save.

Baumann's long ball downfield is flicked on by Kramaric into the path of Locadia, who gets his shot away in the penalty area. But Steffen makes an excellent reflex stop to keep his side in the game.

Steffen makes an outstanding fingertip save to parry Kramaric's header. Posch pounces on the loose ball but hits the woodwork, and Adamyan heads over from close range. How was that not 2-0?

Out of nowhere, Düsseldorf's Ayhan is clean through on Baumann. He attempts to lob the shot-stopper but his effort is wide of the mark.

A harmless-looking Düsseldorf cross is not properly cleared by the Hoffenheim defence and the ball rebounds into the path of Hennings, who comfortably fires the equaliser into the bottom corner.