It goes without saying that TSG Hoffenheim are present on the social media platform YouTube. The club's channel, TSG.TV, ensures its fans are up to date, keeps them in the know and offers them exclusive insights. But what work is involved in the video production? What's the procedure? And what factors need to be considered? SPIELFELD has the answers.

What does TSG offer its fans on YouTube on matchdays?

There's something for every fan on TSG.TV – whether it be programmes produced internally, live broadcasts or informative and entertaining content. In the lead-up to a matchday, for example, the press conference with coach Julian Nagelsmann is broadcast live. The TSG.TV stream can be viewed on YouTube, Facebook and achtzehn99.de. Additionally, there is the show "Matchday" – which is released prior to each competitive game, usually the day before the match – where the two editors Deli Beister and Nils Hachmann get the fans ready for the fixture and speak to lots of different guests associated with TSG about the upcoming match. For Champions League matches, additional live shows were broadcast from the stadium approximately 30 minutes before kick-off to make the special moments accessible to every supporter. On top of that, ahead of every match, the best three goals previously scored against the next opponent are shown. It ensures the fans remain up to date and well informed.

And what happens on the channels the rest of the time?

On other days, too, TSG.TV provides supporters with a broadly diversified offering on the YouTube channel. The senior squad are accompanied through their everyday lives, ensuring the fans private and exclusive insights. Then there is the show "SPIELFELD - The TSG.TV Magazine", which has been released on a monthly basis since the start of the season and offers fans exclusive content. It is presented by Anna Sara Lange, who has previously worked for Sky and Eurosport. Naturally, TSG.TV is not solely focused on the senior squad and there is regular reporting revolving around the youth and women's teams too. TSG.TV additionally travelled to the Youth League semi-finals in Nyon and reported live from Switzerland. Equally, the TSG.TV team is always up for entertaining ideas off the pitch. For example, since the 2018/19 season, there has been the "Hot Seat" series, where TSG players have to answer as many personal questions as possible in the shortest time. Furthermore, there are "Roomie Battles" during the training camps, where team-mates sharing a double room take each other on in various different categories. Then there is other content such as the Advent Calendar in December, whereby a highlights video is published every day, or an emotional film at the end of the season, to round off the offering. There are always surprising series and pieces to watch. And they all guarantee one thing: a look behind the scenes.

How are the pieces produced?

It all starts with the editorial team. Consideration is given to what content needs to be produced – and which player, staff member or coach would be the best fit for it. Then the details are planned and the best-possible implementation is considered. For example, the training schedule is checked so that both the editors know when filming will even be possible. Before the cameras are even rolling, technical matters need to be clarified. Is the camera correctly set up? Is the microphone working? Is the battery charged? And then it can all kick off. Once the piece has been filmed or the interview has been conducted, it goes to the editing room. The existing material is shortened, edited and recompiled. In addition, appropriate background music is added. Given that this piece may also be used in various different formats on other social media platforms, the video is adapted to fit the requirements of the respective platform. Only once that is all done can the video be uploaded and published.

What is considered for a video?

It goes without saying that the considerations vary from piece to piece. The amusing pieces are a lot of fun for the players as well – however, they should not be prevented from taking rehabilitative or recovery measures between two training sessions or after a tough session. "We try not to encroach upon the players too much. To ensure that everything runs smoothly, we approach the players with a concrete plan and, of course, comply with their requests regarding scheduling," said TSG.TV editor Nils Hachmann. However, it is not until after filming that most of the work begins. "There's a basic rule that states: for every minute in a piece, there is at least an hour of production work required." That means a lot of work goes into each video that you watch. For TSG.TV editor Deli Beister, it is important that the interests of the fans are taken into consideration too. For example, video pieces that are particularly well received are produced more frequently. "It fits that the private videos are so well received by the supporters, because they are a lot of fun for the editors and the players too. Our objective is to show the players as up close and personal as possible and to give the fans a look behind the scenes."

TSG already have 15,000 subscribers on YouTube. That figure has consistently increased over recent years. And let's not forget that the videos can be viewed on Facebook and the club homepage too. In total, almost 1,500 videos have already been produced by TSG. The most-clicked videos, such as the U19s beating Real Madrid to progress in the Youth League, have been viewed more than 10,000 times. For Hoffenheim, these numbers are important – because the potential watchers are exclusively TSG Hoffenheim fans or people from the region. The huge potential of the platform is illustrated by the YouTube channels with the most subscribers in the world. For example, the channel "PewDiePie" made by the Swede Felix Arvid Ulf Kjellberg has almost 100 million subscribers. There he uploads various comedy pieces and shows videos of himself while he is playing various online games. The video that has been watched the most frequently on the platform today is "Despacito". The song, by Luis Fonsi and Daddy Yankee, already has more than six billion hits on YouTube.

YouTube is the most important Internet platform when it comes to video images. That goes for TSG too. "Video images give us the opportunity to broadcast impressions of the club, and what it stands for, in the best-possible way. TSG.TV also shows the fans what the players are up to when they're not on the pitch and playing football," explained Holger Kliem, the Head of Media and Public Relations at TSG. "For the fans, the behind-the-scenes insights are especially interesting. These contents were still difficult to publish only a few years ago and only possible via photos and texts. Thanks to TSG.TV, we now have the opportunity to generate our own material and to show the fans images that no other camera would be likely to film," said the 45-year-old. On the different TSG channels, the fans receive "a mixture of exclusive, up-to-date, reliable, innovative and emotional content, and are more connected than they are via any other medium. That makes our club TV content popular with television stations too, which then use it in their programme." At a time during which professional football is increasingly moving away from free-to-air TV, TSG.TV offers unprecedented proximity. "While in some cases our fans in front of the TV are getting the hump, because the TV rights are owned by a pay-per-view broadcaster (Sky) or one of the many online platforms still unfamiliar to many (DAZN), our cameras and our editors enable us to broadcast live from the scene until directly before kick-off. We film live from the side of the pitch. Additionally, there are of course pre-match reports, on-location coverages, press conferences in full length and obviously reactions directly after the full-time whistle too," said Kliem of TSG.TV. The technical enhancements made in recent years mean that the video range on offer by "Hoffe" is accessible around the clock – on different platforms and for all age groups. And TSG Hoffenheim gives that to all of its fans without charge. 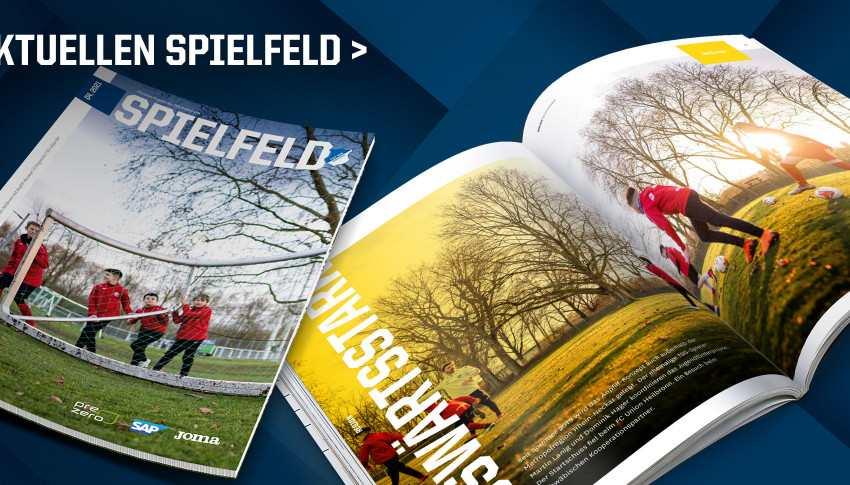 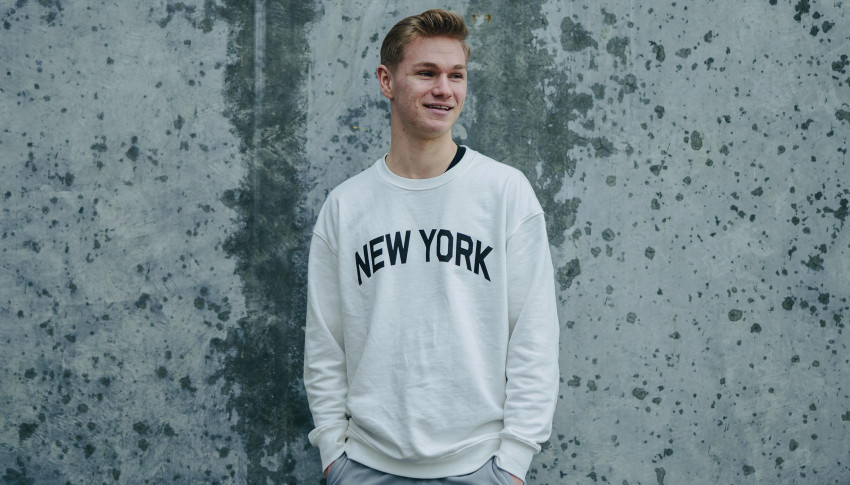 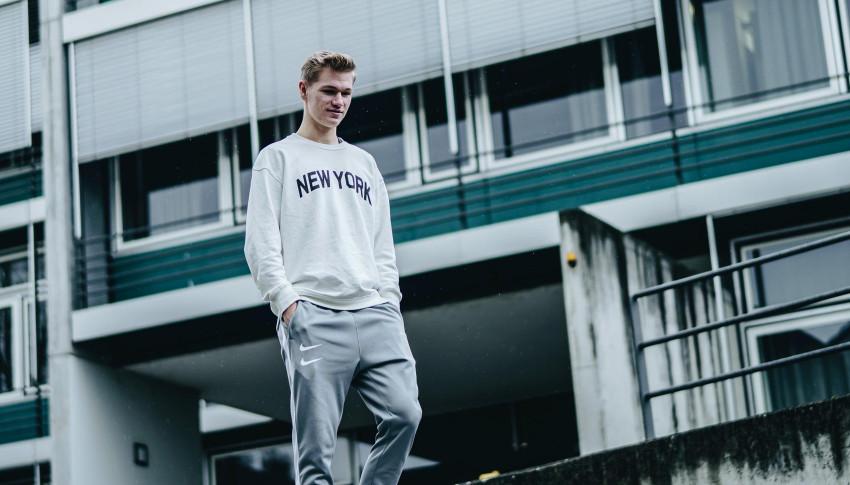 Marco John: "The best thing that could happen...