TSG Hoffenheim comfortably won their first pre-season friendly, beating third-division outfit SpVgg Unterhaching 3-0 in Pöcking thanks to a Nadiem Amiri brace and a goal from Leonardo Bittencourt. Despite their exertions during their training camp in Garmisch-Partenkirchen, Nagelsmann's men delivered a strong display against their Bavarian opposition, whose domestic campaign starts in two weeks. 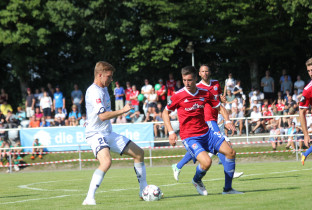 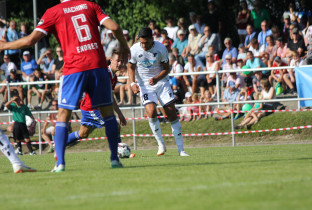 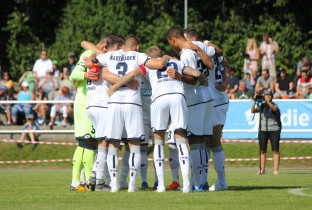 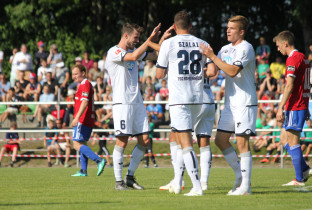 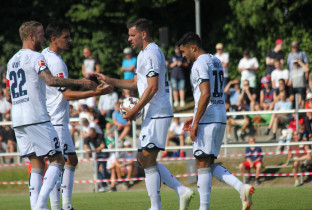 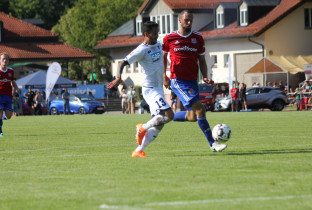 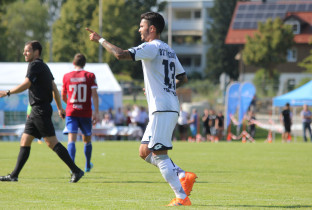 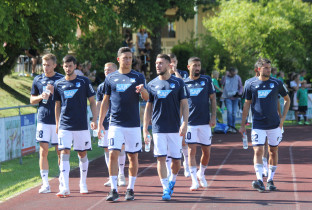 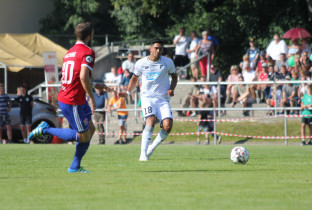 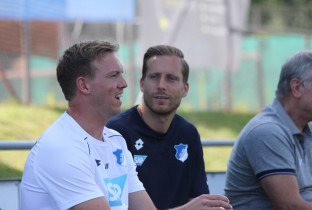 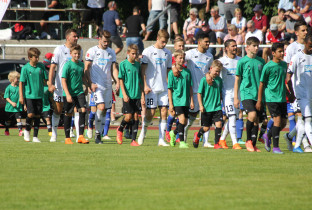 It was a tough week of training in Garmisch-Partenkirchen – and yet the TSG first team showed no signs of fatigue as they took to the field in front of almost 1,000 spectators at the sun-filled SC Pöcking sports complex for their first friendly of the 2018/19 season. Wearing their new white away shirts, Hoffenheim dominated the match against third-tier side SpVgg Unterhaching – whose league campaign begins in a fortnight – and showed some impressive link-up play in the opening half.

The goals from Nadiem Amiri (19, 23) – both assisted by David Otto – and Leonardo Bittencourt following a pass from Pavel Kaderabek (26) were a deserved reward for their committed performance. New signing Bittencourt already feels happy at TSG and is looking forward to the coming weeks and months. "You get a lot of new things explained to you here, it was a lot in the space of two weeks. But I've tried to implement the information that I retained. And now I still have a few more weeks ahead in which to internalise even more things and to be able to help the team out even more."

TSG.TV summarised the reactions to the match.

Hoeness: "It will come down to efficiency"

Mbabu: ''Hoffenheim will be very hungry''