On the penultimate Bundesliga matchday of the season, TSG Hoffenheim lost 2-0 away to Stuttgart. Germany international Mario Gomez scored twice for the hosts who were clinical in front of goal, netting two of their five shots. Meanwhile, TSG could not find the back of the net with any of their 18 attempts. 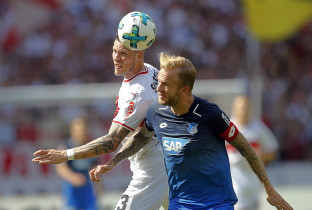 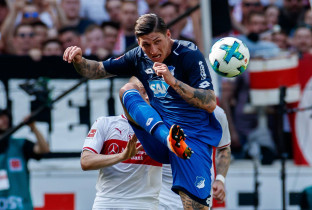 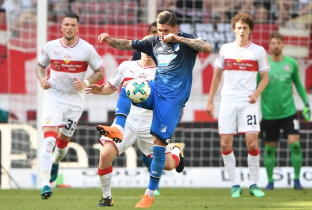 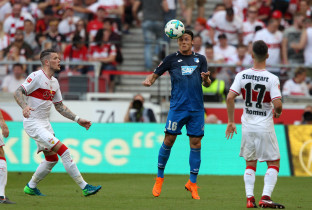 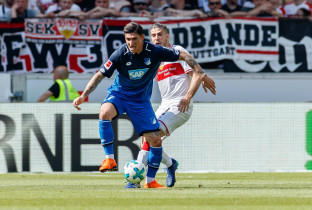 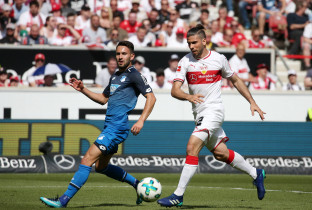 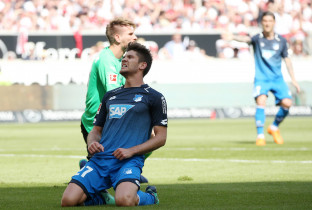 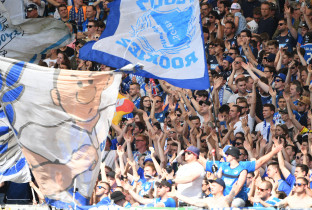 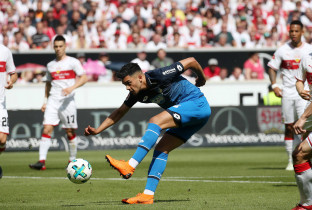 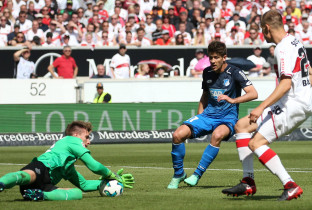 TSG head coach Julian Nagelsmann had to do without Pavel Kaderabek, who was suspended after racking up five yellow cards, as well as the injured Serge Gnabry, Kerem Demirbay, Benjamin Hübner, Dennis Geiger and Stefan Posch. Nevertheless, Nagelsmann and his coaching staff selected a strong team for the Baden-Württemberg derby.

The team lined up in their usual a 3-5-2 formation with the ball, which turned into a 5-3-2 without it. Between the sticks was Baumann, whose three-man defence (Vogt, Nordtveit and Akpoguma) was flanked by wing-backs Zuber (right) and Schulz (left). Florian Grillitsch played in front of the defence, while his two midfield partners were Rupp and Amiri. The duo of Uth and Kramaric lined up in attack.

After 22 minutes, Nagelsmann was forced into his first substitution, as Lukas Rupp went down off the ball and had come off - Robert Zulj replaced him in midfield. In the 50th minute, Nagelsmann made his second change, which saw Adam Szalai replace Nordtveit and TSG change to a 4-3-3. Szalai went straight to centre forward with Kramaric and Uth either side of him. In the 67th minute, Hoffe made their third and final change, as Robin Hack replaced Steven Zuber on the right.

The moment of the game:

In the 79th minute, with Ron-Robert Zieler finally beaten, the post saves the hosts. This chance pretty much summed up TSG's afternoon, as the ball just did not want to go in.

The number of the game: 4

Despite the defeat in Stuttgart, TSG remain in fourth place – enough for Champions League football next season. On the final Bundesliga matchday in a week’s time, TSG can seal their participation in European football’s most prestigious competition with a win against Borussia Dortmund. At the same time, however, Leverkusen and Leipzig also have a chance to claim fourth place, with B04 on the same number of points as TSG and RBL two behind.