TSG won the Baden-Württemberg Derby at home to Stuttgart by one goal to nil on matchday 16 of the season. Mark Uth bagged his eighth goal of the season in the last ten minutes to secure the points in an intense encounter at the WIRSOL Rhein-Neckar-Arena. 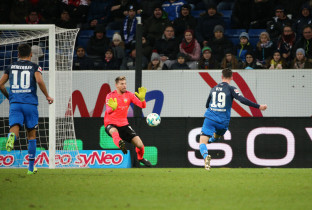 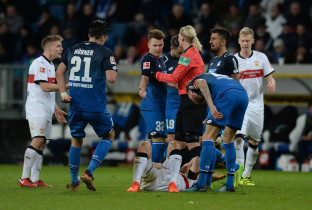 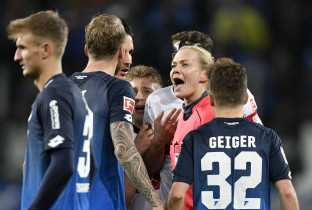 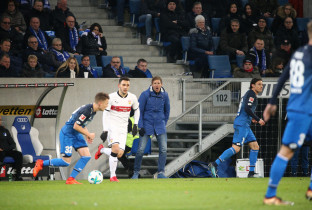 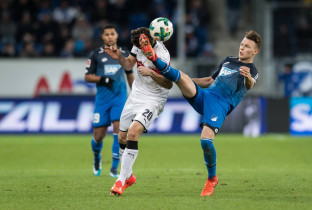 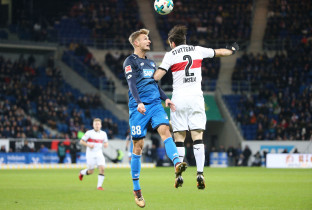 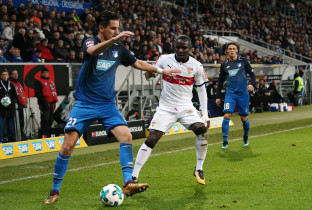 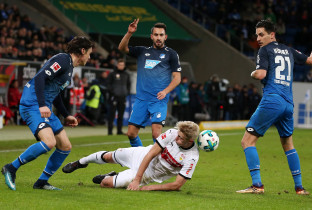 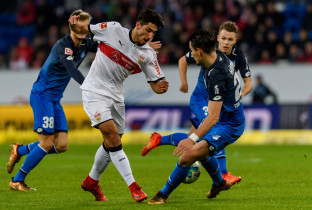 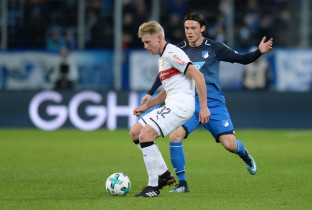 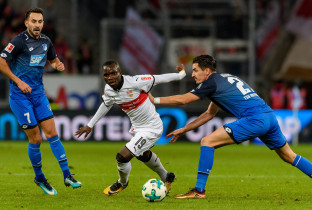 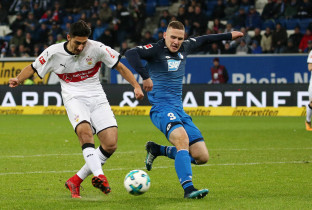 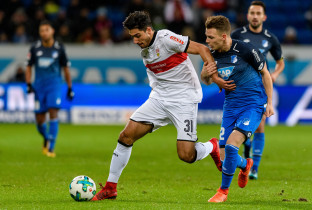 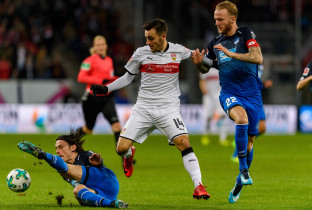 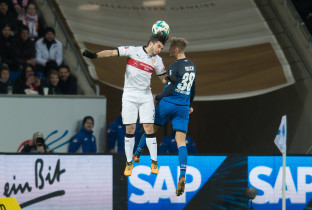 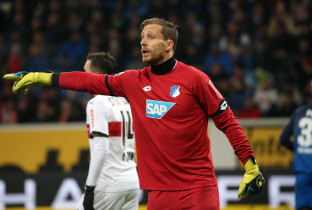 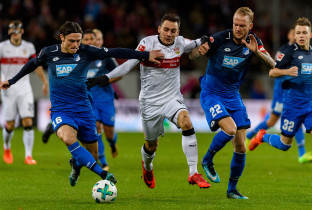 Julian Nagelsmann made three changes to the side that lost 2-0 away to Hoffenheim on Sunday: Nadiem Amiri, Andrej Kramaric and Steven Zuber took their place on the bench while Stefan Posch, Nico Schulz and Kerem Demirbay made the starting XI. The full eleven was as follows: Oliver Baumann, Pavel Kaderabek, Lukas Rupp, Mark Uth, Benjamin Hübner, Kevin Vogt, Serge Gnabry and Dennis Geiger.

The back three in front of Oliver Baumann was made up of Kevin Vogt, Benjamin Hübner and Stefan Posch, either side of them, Nico Schulz and Pavel Kaderabek were in support as wing backs. The back three became a back five. Dennis Geiger, Lukas Rupp and Kerem Demirbay ran the midfield with Serge Gnabry and Mark Uth up front. Vogt pushed forward into the middle when TSG were in possession, meaning Nagelsmann’s formation became a 4-1-3-2. After ten minutes, this tactic was discontinued – Vogt remained at the back during build-up play and TSG returned to a 3-5-2 with two very active wingers.

Julian Nagelsmann made his first change in the 61st minute – bringing on Florian Grillitsch in Dennis Geiger’s place. Just five minutes later, the boss took off Rupp and brought on Andrej Kramaric. With 15 minutes to play, TSG’s final change saw Adam Szalai come on for Gnabry.

It was a derby, it was heated, they were going at it – on the pitch and in the stands, but for the entire 90 minutes it remained fair, with excellent sportsmanship on display. For example: When Stuttgart’s Akolo had to come off injured in the first half, he was carried off past the TSG bench, where Julian Nagelsmann gave him a handshake and a word of encouragement. That’s how it’s done.

Number of the Match: Eight

Mark Uth scored his eighth goal of the season, already equalling his record from 16/17. Five of these eight goals have come after the 75th minute. A man for the late occasion, and TSG as a team have scored nine goals in the final 15 minutes of a game, a Bundesliga best.