Hoffenheim managed to earn their first ever victory at the European level against Basaksehir Istanbul on Thursday night. Benjamin Hübner, Nadiem Amiri and Nico Schulz got TSG’s goals before Napoleoni pulled one back for the away side at the death as things finished 3-1 at the Rhein-Neckar-Arena. 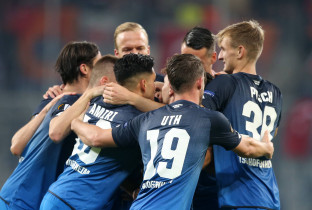 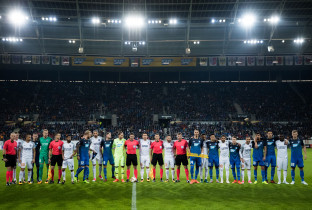 Thursday night. Europa League. At home. Julian Nagelsmann made two changes to the side that drew 2-2 against Augsburg in the Bundesliga as Hoffenheim welcomed Basaksehir Istanbul to the Rhein-Neckar-Arena. Nico Schulz and Pavel Kaderabek replaced Steven Zuber and Andrej Kramariic in the starting eleven, and were joined by Oliver Baumann, Kerem Demirbay, Sandro Wagner, Nadiem Amiri, Mark Uth, Benjamin Hübner, Kevin Vogt, Dennis Geiger and Stefan Posch to complete the side.

TSG set up in a 3-5-2 formation from the beginning, with Vogt, Hübner and Posch making up the back three. Just in front of the defensive trio was Dennis Geiger playing as a holding midfielder. He was joined in central midfield by Demirbay and Amiri, while Schulz and Kaderabek took on the role of wing-backs. Wagner and Uth were the two men up top.

Nagelsmann made his first change in the 63rd minute, as Philipp Ochs replaced an injured Demirbay. Posch also left the field due to injury a mere five minutes later. Steven Zuber took his place. He also took on the previous role of Kaderabek, who slotted into the back three in the wake of Posch’s forced departure. Nagelsmann played his final card in the 72nd minute, when he sent on Eugen Polanski for Dennis Geiger in defensive midfield.

Moment of the game

Nadiem Amiri’s goal to make it 2-0. TSG went up 1-0 in their previous two Europa League fixtures, but unfortunately couldn’t see out the victory. Therefore, the U21 international’s goal was absolutely crucial.

It couldn’t be anything else now, could it? Tonight’s victory was Hoffenheim’s first ever in Europe. What was once a pipe dream is now a reality.

@tsg1899hoffenheim off the mark! #UEL Baumann: ''This is a piece of history''