The club record has been extended to ten games unbeaten, as TSG 1899 Hoffenheim secured a narrow but deserved 1-0 victory against Bundesliga newcomers SC Paderborn. Kevin Volland's second-half goal separated the two sides, after Hoffenheim had controlled the action for most of the match against a defensively disciplined Paderborn team. 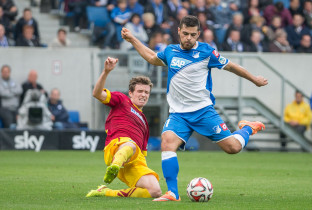 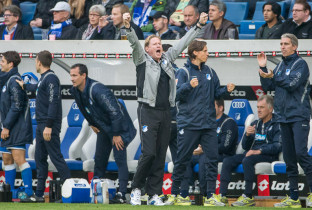 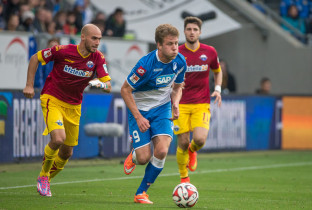 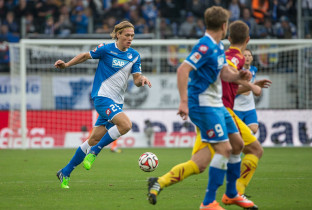 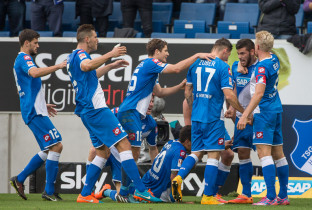 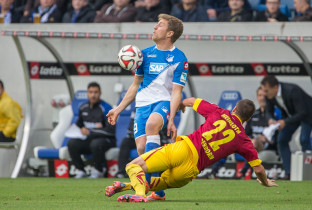 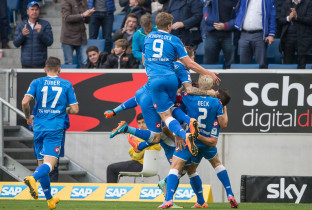 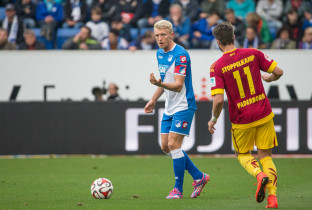 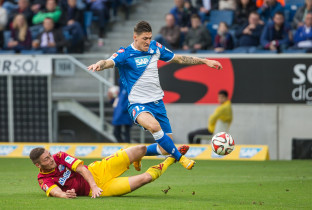 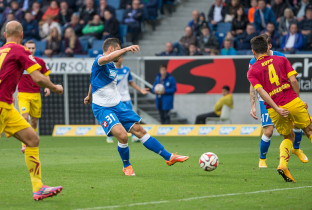 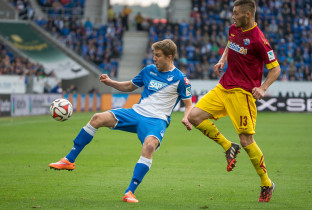 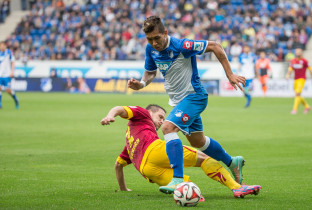 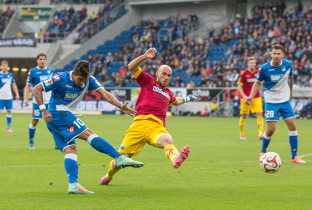 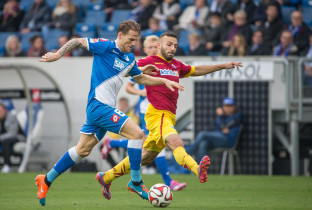 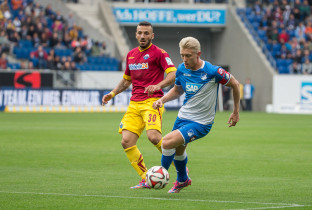 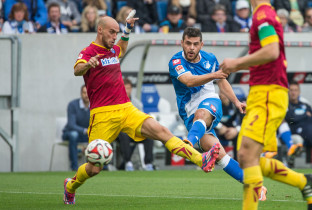 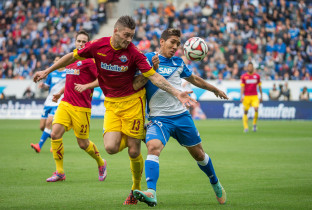 Hoffenheim manager Markus Gisdol opted for just one change to the team that started in the 1-1 draw with Hamburger SV on matchday 8, as Adam Szalai replaced Anthony Modeste up front. The game still came too early for Jin-Su Kim (thigh) and Sejad Salihovic (knee) and they will still require some time before they can return to the action on the pitch, according to Gisdol.

Tactical changes were not made, as Gisdol continues to rely on a 4-2-3-1 formation. Roberto Firmino, who earned his first call-up for Brazil's national team by manager Carlos Dunga this week, pulled the strings for the unbeaten side but it was keeper Oliver Baumann who was forced into action first by the Bundesliga newcomers.

1st minute: Paderborn's Lukas Rupp wastes little time to record the first attempt on goal, testing Baumann just 43 seconds into the game with a powerful strike from outside the area, but the TSG keeper makes a good save.

5th minute: PENALTY MISS for Hoffenheim! An intense and very dynamic opening to this game produces its first major highlight when Paderborn's Daniel Brückner brings down Kevin Volland in the area. Sebastian Rudy steps up to take the penalty but his shot hits the left post and is then gathered by SCP keeper Lukas Kruse.

25th minute: Neither team were able to create any real chances in the 20 minutes following the missed penalty, but Hoffenheim are in control with the visitors looking to counter attack. Volland attempts to break the deadlock with an effort from outside the box, but it's too central and Kruse collects it comfortably.

40th minute: Hoffenheim remain in charge, albeit without threatening Paderborn's goal. The visitors are focusing on having an organised defence and are quick to seize any opportunity to break. Elias Kachunga is on the end of one of those counterattacks, but drags his attempt from 15 yards well wide.

66th minute: WOODWORK! Hoffenheim regain a 2-1 lead in the game in terms of hitting the post. Volland's strike from the right edge of the area crashes against the upright with SCP keeper Kruse beaten.

73rd minute: GOOOOOAAAAALLLL for Hoffenheim! 1-0: Kevin Volland, the man who has been the most active for Hoffenheim today, finally breaks the deadlock. Andreas Beck wins possession on the left, before finding Volland in the centre. The forward controls the ball and fires a shot on the turn, which leaves Kruse with no chance!

Roberto Firmino and Pirmin Schwegler produced a piece of one-touch football magic in the 37th minute, as the two Hoffenheim players took on nearly the entire Paderborn defence.

Hoffenheim's unbeaten run has been extended to ten games. Markus Gisdol's men have recorded five wins and five draws from their last ten Bundesliga matches. Their last defeat dates back to 3rd May earlier this year – very impressive.

Raum: "This won't set us back"