The U23s are going from victory to victory. Following their third win in a row – this time a 6:0 thrashing of newly-promoted FC Memmingen (2:0 ht) – they have now strengthened their lead at the top of the table.

"I am excited to see how the boys will play against opponents who like to sit deep and allow you to attack them", said Gisdol before the game. And it showed in the game: The Schwaben team sat back and allowed wave after wave of Hoffenheim attacks. Candy Decker was upfront by himself, waiting for the long ball, but his isolated role ensured he had little impact on the game. "We needed patience to build our attacking play", said a pleased Gisdol about the play seemingly practiced on the training ground. Philipp Klingmann, following a great passage of play from Kai Herdlings, should have made it 1:0 early on, but his effort his the post. Indeed it was Herdlings who opened the scoring, thrashing home a 20-yard effort on 24 minutes. "We knew how strong Hoffenheim are as a team, and wanted to attempt to contain them by keeping a tight, well organised defence", explained FCM manager Esad Kahrić. Yet once the first goal had gone in, Memmingen's attacks became completely harmless. "We got taught a lesson today", continued Kahrić

Pascal Groß grabbed the second goal, spotting Karl Kögel off his line and lobbing the goalkeeper exquisitely from 25-yards (38) Klingmann should have added a third but shot over, before Marco Terrazzino did manage to get his name on the scoresheet. Memmingen's bad luck continued with a free kick from Herdlings striking the crossbar, bouncing down and hitting their goalkeeper on the back before crossing the line (80.). The fifth goal wasn't far off, and it was Terrazzino who score it. Jannik Vestergaard finished off the scoring for Hoffenheim to make it 6:0 (84.) - his first goal for the club. Both Hemlein and Jabiri could and perhaps should have further stretched an already impressive lead, but it was to end 6:0 - another convincing and impressive victory.

"I am very satisfied with the performance", expressed Gisdol, whose team now sit on nine points with a 15:1 goal difference. He was quick to play down the achievements of his team, however, stating, "We had problems at Worms until we got the third goal, and also had problems at home against defensive-minded sides. It will be interesting to see how we play when we come up against some strong opponents."
This Saturday, at 14:00 the U23s take on SC Pfullendorf. The next home game is just a few days later (Tueday, 31st August 19:00) against Gisdol's ex-club, SG Sonnenhof Großaspach. 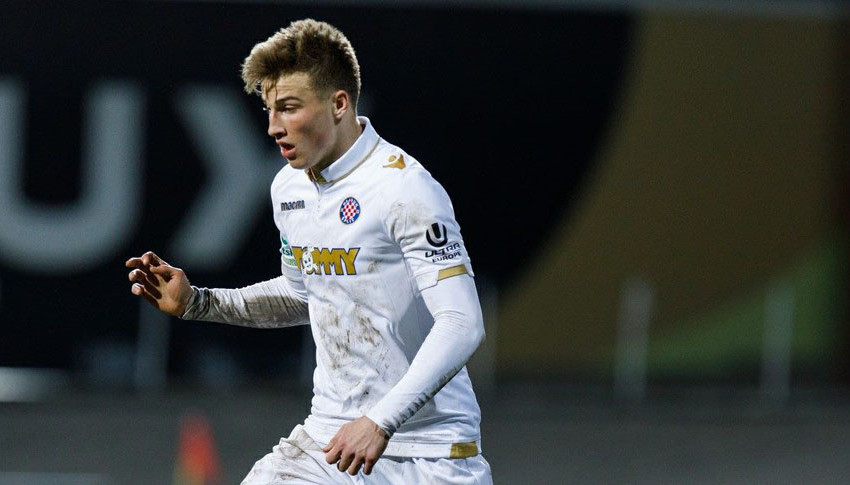 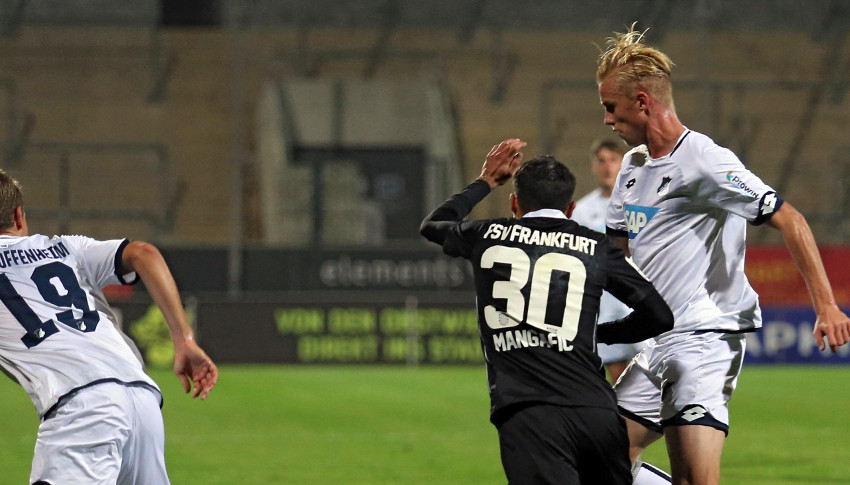 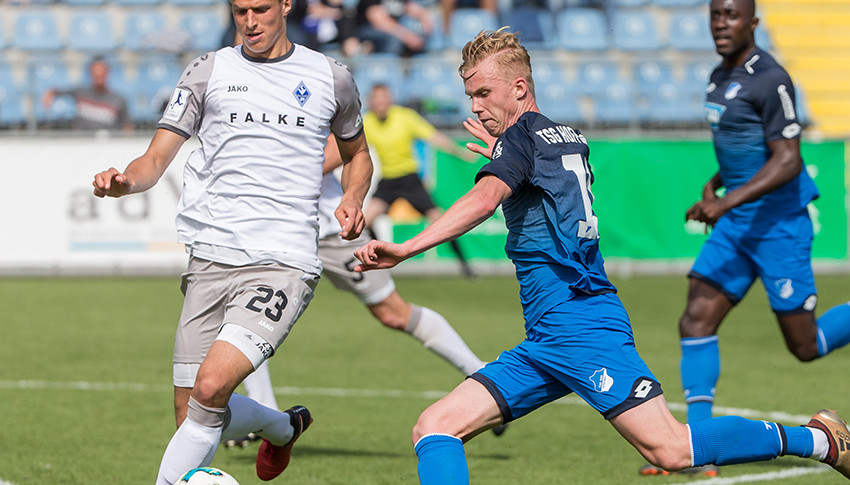